The B.C. government’s management of publicly owned forests has made small communities “collateral damage” and threatened their economic sustainability, according to a municipality in the province’s northeast.

“The Northern Rockies Regional Municipality... is experiencing firsthand the downside of B.C.’s forest tenure system,” said the municipality in a Nov. 15 release.

The municipality, which includes Fort Nelson, said the regional economy is already suffering from the downturn in the oil and gas sector and the government is standing in the way of efforts to generate more jobs from local forests.

Complaints about how the province manages the forest industry are common, and many critics see missed opportunities to get more value from a publicly owned, renewable resource. It’s a key issue in many communities outside the Lower Mainland, where B.C.’s recent job and economic growth has been concentrated.

Fort Nelson’s immediate concern is that forest companies, including Canfor with its two large timber-harvesting licences near the municipality, are no longer required to process timber in the region.

In 2003 the province eliminated long-standing appurtenancy provisions that required companies harvesting timber from public land to mill it near where they harvested it.

The government has also failed to enforce Pulpwood Agreements that gave companies forest tenures on the condition they processed the wood at a specific mill, the municipality said.

The policies have been devastating to smaller communities, the municipality said. In the Fort Nelson Forest District, Canfor hasn’t harvested timber from its two main tenures since 2008 when the PolarBoard oriented strand board mill and the Tackama plywood mill both closed.

“Rather than encouraging a restart of the forest industry and the employment and prosperity it would foster, the tenure system has supported the speculative ‘hoarding’ of wood, and the export of unprocessed logs, and jobs, away from Fort Nelson,” it said.

“It is apparent that legislative changes to the Forest Act in 2003 did not anticipate that forest licensees would not utilize the tenure provided as intended, but instead treat licensed timber volume as company assets to be held in reserve, without a plan for use.”

Fort Nelson wants changes to the Forest Act and the ministry’s agreements with forest companies. “Changes need to be directed toward discouraging wood hoarding, greater local and First Nations involvement, flexibility and adaptability to changing realities, rewards for innovation and investment that leads towards economic diversification, and how best to repair the broken links between resources and communities reliant on their sustainable forestry development,” it said.

According to the municipality, Forests Minister Steve Thomson acknowledged in a letter earlier this year that Canfor was not in compliance with the Pulpwood Agreement, but said the government had no plans to terminate the agreement ahead of its expiry at the end of 2019.

Canfor spokesperson Corinne Stavness said in an email that the company is looking for a buyer for the PolarBoard facility “and what is important to a potential buyer is certainty of available fibre supply to support the mill.” That certainty is provided by the tenure licence, which would transfer to whoever buys the mill, she said.

The company has been in discussions with the municipality on finding economic and sustainable ways to restart the region’s forest industry, she said. “In terms of local manufacturing, the best short-term option is the sale and restart of PolarBoard,” she wrote. “Cancelling the licence would be a detriment to efforts to sell that facility to an organization that would run it as a going concern.”

Stavness said the company has submitted applications for permits to harvest under the other licence it has in the region, which would provide some local jobs.

Stavness said Canfor, like the rest of the industry, opposed the return of appurtenancy rules requiring timber to be milled where it’s harvested. “Appurtenancy provisions did not allow companies in B.C. the flexibility and agility needed to compete globally,” she said.

“Appurtenancy provisions were challenging even before the mountain pine beetle reduced timber supplies across the province,” she said. “Given the shortfalls now faced across B.C. to supply existing sawmills and the need to move fibre even larger distances to sustain operating mills and jobs, appurtenancy is absolutely unworkable for the industry.”

A forest ministry spokesperson said appurtenancy provisions are “outdated” and “did not give the province or forest companies the flexibility to respond to changing market conditions, or put the right log at the right mill for highest value product.” The provisions undermine “the spirit of international trade agreements,” he added.

Pulpwood Agreements are “archaic,” he said, noting only 10 remain in place.

But Minister Thomson did write the municipality Nov. 10 saying he had “asked ministry staff to review compliance with the agreement for my consideration,” the spokesperson added. 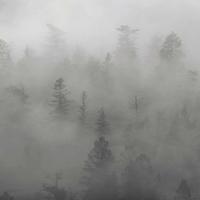 The ministry has been working closely with the municipality on its forestry rejuvenation proposal, the spokesperson said, including work toward offering the municipality a community forest agreement within the next two months.

“In addition, there is currently an undercut of 6.3 million cubic metres of timber available in the Fort Nelson [Timber Supply Area] to support forestry activity,” he said. “However, given the mix of coniferous and deciduous forests, it is a complicated area to operate in.”

“I think the complaint of not using the natural resource to create jobs for British Columbians is justified,” said Bains. “The community is absolutely justified in being outraged.”

On the coast, 40 per cent of the timber harvest is now exported as raw logs, even though mills in the Lower Mainland complain they can’t get wood, Bains said. Throughout the province companies have been closing mills, but holding onto their timber rights, he added.

Bringing communities and the industry together to talk would be a good start, Bains said. “We need to sit down with the industry and say ‘you have obligations with the trees you harvest to create jobs for the local population.’”

The government has plenty of leverage without having to go back to putting appurtenancy provisions in place or forcing the companies to act in the local interest, said Bains. “I think you can come up with a win-win situation,” he said.