Climate change is getting personal in British Columbia. Shifts in weather patterns in recent years are already changing the way we live in this province, whether you ranch, ski, love eating shellfish, or happen to notice the forest on the edge of town isn't the same as it was when you wandered through it as a child. 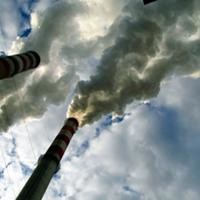 1. Shellfish off the menu?

That fresh, sweet scallop you're eyeing at your local seafood shop? Rob Saunders might be the reason it's there. But for how long? Since 2011, his Vancouver Island company Island Scallops has been struggling to keep their stock alive in increasingly acidic waters, while they grapple with the root cause of the problem.

"It became clear to us that the issue was carbon dioxide in the ocean," he says.

The oceans today are more acidic than they have been for 20 million years as they absorb CO2 from the atmosphere, an imbalance causing climate change, as well. The historic increase in concentration of CO2 has matched the dropping of pH (rising acidity) in the ocean.

Animals that produce shells like scallops, lobsters, corals and sea urchins have to work harder to grow in acidic conditions, making them develop more slowly and be more susceptible to diseases.

To counteract the damage, shellfish farmers have begun experimenting with different methods. They monitor the pH of the incoming seawater, carefully choosing when to pump, and add alkaline chemicals to the water to cut the acidity.

The long-term strategy is to help natural selection solve the problem, selecting the most resilient scallops and breeding them. The adaptation of the shellfish themselves may be the key to the fishery's survival, and to the economic benefits that ripple out. The Salish Sea is home to a $34.5-million aquaculture industry. For now.

2. Your steak is getting thirstier

Rancher Duncan Barnett knows what it takes to raise a healthy steer. The agrologist was president of the cattleman's association in his community just east of Williams Lake. Barnett says this summer made climate change real for many ranchers in B.C. You might call it a moment of reckoning.

"I think we realized as an industry that we are not very well prepared for drought and more extreme weather events," Barnett says.

The bad year reflects a trend of increasingly variable weather. The timing of once predictable spring events has become more random -- stretches of warm weather that used to be ideal for calving are now rainy, or cold, while birds are now migrating through just in time to pull up young shoots and ruin crops.

Barnett recently had to buy new silage equipment so he could bring in hay even while it was wet; the investment set him back about $50,000, but he says it became unavoidable.

"The whole water cycle is shifting with climate change," says Allen Dobb, a consultant to the ranching industry in B.C. "Water is moving through the system faster."

The reservoirs look high at the start of the spring, but don't get recharged throughout the season. Soil erodes. Plants dry out and die. Wildfire threats rise. Then a heavy rainfall erodes the soil even more.

Climate change is driving B.C. ranchers to pressure the government to create a mirror of the agricultural land reserve. This one, a province-wide water reserve.

Erik Leslie spends a lot of time in the Harrop-Procter Community Forest. It's his job to manage it for the benefit of those living nearby. The lush, green ecosystem provides drinking water, habitat for caribou and a steady income for the region. Its mix of trees, says Leslie, is typical for the Kootenays -- firs, larches, cedars and spruces. Also typical of a Kootenay forest, it's going to change radically before the next generation of seedlings are mature.

"Climate projections for this area call for a climate by 2050 or 2080 that will be suited for grasslands and Ponderosa pine and that's it," says Leslie.

So Leslie's job is already changing. He plants far more Ponderosa pine than before. 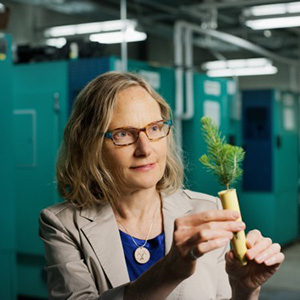 The seeds for the trees Leslie plants come from further south and in drier, warmer microclimates. Dr. Sally Aitken, a professor in the UBC forestry department, is leading an initiative, AdapTree, to get more foresters to work this way in order to adapt to or fend off some of the damage that the climatic shift will cause.

Next time you are in a B.C forest, look at it as more a snapshot than an eternal work of nature. Warmer climate means that by next century, few species will be growing comfortably where they are today.

"We all like local," says Aitken, "but climate change is making local not so local."

Last year was a bad one for Mount Cain, a popular Vancouver Island ski spot. Every time enough snow fell to give the mountain a chance at opening, the freezing level climbed higher and everything turned to mush.

"We were basically one degree away from opening all year," says the mountain's president, Neil Borecky.

Unlike the high-elevation, cold mountains of the interior, snow on the coastal mountains balances on a knife's edge, vulnerable to even slight warming.

It's a sign of things to come, says hydrologist Bill Floyd of the B.C. Ministry of Forest, Lands and Natural Resource Operations.

"If we go back to November, we were only about half a degree above normal," he says. But the gap widened and by February the temperatures were more than three degrees warmer than usual.

Floyd monitors a watershed near Mount Cain, with ten weather stations collecting high-resolution data about temperature, snowpack, solar radiation and other metrics. Science tells him "there's going to be more years like this, and they're going to be occurring more frequently."

The history of Vancouver Island ski hills suggests as much. In the past three decades, three out of five ski hills have shut down, and those were the lower elevation sites. Will Borecky's Mount Cain be next? "The future of skiing," is on a collision course with climate change and, he says, "is going to be seriously compromised."

Thinking of buying that cabin on the edge of the woods you've always dreamed about? You might want to talk to Robert Gray first. The forest ecologist in Chilliwack would note that 30 homes were destroyed in the Rock Creek fire in the South Okanagan, while the Puntzi Lake fire destroyed three homes and a resort.

In some parts, climate change has already created a longer fire season and higher temperatures that lead to drier material. Forested communities, from Whistler to Williams Lake, will be especially vulnerable to more dangerous fires.

"The forested setting of many rural subdivisions is a desirable feature of their location, but it also presents the threat of wildfire with rapid spread through residential properties," warns a Fraser Basin Council report on fire risk.

To help communities and First Nations adapt, the provincial government has made $500,000 worth of grants available for fire planning initiatives, and funds some local government fire-mitigation activities. The Union of British Columbia Municipalities, however, has asked for more, urging the government to implement a province-wide plan.

As local governments bicker with the province, conditions for those in the way of future wildfires remain the same. For now, Gray recommends buying property near a lake. "Or a house boat," he says.

6. Wading into the future

Living by the water is, for many, the British Columbia dream. Living in the water, not so much. As the ocean rises, communities on the Fraser River delta must come up with new ways to keep the sea out of their homes.

Expanding the dikes that protect municipalities from the sea may not be enough, and the battle over who will pay to keep the streets dry is just beginning.

"A thing like this can't fall to the local government to deliver," says Surrey's utilities manager Jeff Arason, noting that the dikes protect ports, railways and highways of provincial and national significance. "It can't be expected that local government will pay the bill to protect all this other infrastructure."

Sea levels are already rising twice as fast as they were last century on average, but it's not just the inexorable swelling of the sea that has to be taken into account; what worries city planners is the combination of higher storm surges and big tides working together with a higher sea level.

To deal with this combination of threats, municipalities are already enacting rules and fees that help mitigate the risk. Richmond, for example, collects fees that pay to pump water and build dikes. Any new houses also have to be built a foot above street level. Meanwhile, Tsawwassen has built a breakwater to shield the First Nation against storm surges.

Whether more radical options -– like sacrificing some zones that can't be protected -– will eventually be considered is not clear. But as the sea marches inland, nobody can afford to wait and see.

This is the first in an occasional series: How Climate Change Is Getting Personal in Canada. Look for more pieces here in the coming weeks.