Cancelling the ferry route from Port Hardy to Bella Coola while leaving comparable routes in southern British Columbia untouched smacks of regional unfairness, says the owner of a lodge that depends on tourist traffic to the Chilcotin region. 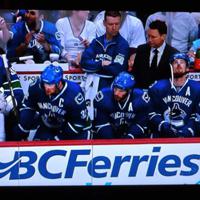 Premier Slams BC Ferries Ads, Despite Selling Her Own Jobs Plan

"It looks like remote communities are supporting great service for islands with holiday homes for Victoria decision makers," Beat Steiner, the owner of Tweedsmuir Park Lodge, said in an interview as the tourist season begins.

The provincial government announced in November that it would cancel the direct Port Hardy to Bella Coola service. Tourism officials and business owners have criticized the decision since it was announced.

Steiner said he realizes comparing the cut to service to the Gulf Islands will be controversial, but he and his allies have pulled together the numbers from BC Ferries documents to support his point. "I can imagine this would piss off some people," he said. "You're not going to get any progress without sticking your neck out."

Route 40, between Port Hardy at the north end of Vancouver Island and Bella Coola on the mid coast, brings in $1.7 million and costs $5.97 million to operate, so revenue covers about 28.9 per cent of the expense, according to Steiner.

Route 5, which runs between Swartz Bay north of Victoria and the southern Gulf Islands has revenue of $6.1 million and expenses of $19.6 million, so about 31.3 per cent of the cost is covered through fares, a similar amount to route 40.

Transportation Minister Todd Stone has justified sailing cuts by saying it makes no sense to have ferry runs with more crew than passengers.

But figures suggest the use of route 40 and route 5 has been similar.

The overall use rate on route 40 is 29.5 per cent, a figure that bumps up to 48.25 per cent when only direct sailings between Port Hardy and Bella Coola are included. Other "milk run" sailings on the route that stop in various communities and take longer have fewer passengers.

The southern Gulf Islands route's use rate is a comparable 36.4 per cent annually.

"It seems a bit off kilter," Steiner said of the decision to cancel route 40 while leaving route 5 untouched.

Usually attempts are made to provide services like Hydro or health care equally throughout the province, so it's surprising ferries aren't being treated that way throughout the coast, he said.

The decision to cancel route 40 was announced last November after a public consultation process over a few months.

A spokesperson for the transportation ministry took questions about the fairness of the cut, but had not responded a day later.

Minister Stone defended the cut several times during the spring session of the legislature.

"While they will result in a different service, there will still be service on the Discovery coast circle tour," he said on March 11, for example, noting it will remain possible to get by ferry from Port Hardy to Bella Coola, though not directly.

"While we welcome tourists from around the world, including Germany and other parts of Europe, I'm not so sure that British Columbians think it's a good idea to subsidize those tourists to the tune of $2,500 per vehicle on the current route 40 service," he said. "That is simply not sustainable, and that is why it is important that we move forward with the changes to that service."

The Queen of Chilliwack, which has served the route, needs to be replaced within the next three years at a cost of over $100 million, Stone said in February. "That would increase the loss on that route from $7.5 million to somewhere in the neighbourhood of $14 million per year for a three-month service that carries approximately 500 vehicles in the entire season."

The government is balancing the budget and is prepared to make tough decisions to do it, he said.

"They pretend to come and consult, but they never listen to anything that's said," Steiner said of the government's efforts to gather public input. "They did have the public consultation, but it was a sham."

It will still be possible to get to Bella Coola by ferry, but it will now take 16.5 hours instead of 13, will require a transfer at Bella Bella and will be on a smaller vessel with no services, he said. The changes make the route much less comfortable and appealing for tourists, he said.

Steiner said some of his colleagues with businesses along Highway 20 between Bella Coola and Williams Lake are reporting their bookings have dropped by as much as 90 per cent. "It's effectively a dead end now. We don't anticipate the drive-through tourists anymore."

The government needs to conduct an economic impact study looking at the changes to ferry service and should develop an economic policy for the central coast, Steiner said.

He suspects such a policy would end up recommending greater support for ferry service, he said, and predicted the government will waste five or six years before coming full circle, doing untold damage to the $6-million regional tourism industry in the meantime.