This is third in a series of articles taken directly from the files of the U.S. National Transportation Safety Board's investigation into the pipeline disaster near Marshall, Michigan. Enbridge's Line 6b ruptured at 5:58 pm on Sunday, July 25, 2010, causing a catastrophic fouling of the Kalamazoo river system. At 11:17 am on Monday, July 26, 2010, Enbridge's Edmonton Control Centre (ECC) received a call from a Consumers Energy company worker in the Marshall area saying oil was spilling from the company's pipeline. This was 17 hours after the rupture occurred, yet only now did the ECC comprehend what was happening. At this point, as with any known release of hazardous material, good communication, coordination of effort and timely, effective procedures are vital to public safety and environmental mitigation. 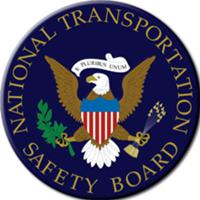 Eighteen hours after the rupture and one hour after Enbridge's Edmonton control center (ECC) was notified of the spill, a shift lead at ECC and Enbridge's Chicago region manager (CRM) decided that there was "no need" to communicate with the police. Their conversation began at 12:25 pm on Monday, July 26, 2010.

CONTROL CENTER: Okay. Basically, I was just about to phone the police, but we normally don't request assistance from them. We just ask them to basically give us a call if they receive any calls.

CONTROL CENTER: Is there -- but I just got some --

CRM: Yeah, there's no need for it right now then.

CONTROL CENTER: There is no need for assistance then?

CRM: As far as we know right now. I mean, we'll give them a call if required out there.

CRM: Or did you talk to them?

CONTROL CENTER: No, I haven't talked to them yet, so I'll just --

CONTROL CENTER: I'll leave it and if you guys need assistance then I'll, I'll just leave it up to you guys to do --

CONTROL CENTER: -- to give them a call.

CRM: -- they would have called, called them if they needed assistance. You know, through their training, so --

CONTROL CENTER: Nothing to worry about then.

CRM: You can call that off. That's normally what you do --

CONTROL CENTER: We normally do it unless the field tells that we don't need to give them a call basically.

CRM: Yeah. I, I wouldn't alarm them right now.

CONTROL CENTER: Thanks then, [CRM].

However, the ECC shift lead had concluded a telephone conversation only a couple of minutes before, during which he and Enbridge's Chicago region engineering supervisor discussed volumes which may have been released (the latter needed a figure for his leak report). The figures which were discussed were "100,000 barrels... 16,000 cubes [cubic metres]." Why these Enbridge supervisors would conclude that there was no need to contact police (given the very large volumes which were mentioned) was never explained.

It was Enbridge's Chicago region engineering supervisor who finally made the required notification to National Response Center, but formal notification from Enbridge did not occur until 1:33 pm, more than an hour after the conversation above, and more than two hours after Enbridge’s ECC was advised of the spill.

2. Enbridge supervisors: 'They got wind of it'

CONTROL CENTER: So obviously the DNR is aware of the situation now I guess?

CRM: -- even though we haven't reported it to DNR yet.

CRM: I'm not exactly sure how they got wind of it, but they did.

CONTROL CENTER: Yeah, maybe from Consumers maybe or something like that. Yeah, I'm not sure. [Enbridge was first notified of the spill by a Consumers Energy employee.]

CRM: I think there were a lot of complaints from the landowners.

CONTROL CENTER: Yeah, for sure.

3. Response team on Day One: too few and poorly informed

At the same time that Enbridge supervisors declined to contact local authorities, the company’s response personnel consisted of a team of four men who were attempting to contain a spill of over 20,000 barrels. The NTSB Final Report explains:

At 11:45 a.m. on July 26, the initial Enbridge personnel at the accident location included the Marshall PLM shop crossing coordinator, an electrician, and two senior pipeline employees...

The four-person crew returned to the Marshall PLM shop and retrieved a vacuum truck, a work truck, a semi-truck, and an oil boom trailer...

The Enbridge crossing coordinator told NTSB investigators that the Marshall PLM crew was not aware of the severity of the oil spill when it used these initial oil containment measures. The Enbridge first responders did not have an estimate of released volumes when they began their efforts to contain the oil.

First responders' initial containment efforts and tactics proved ineffective in preventing substantial quantities of oil from spreading and traveling miles downstream of the rupture... Much of Enbridge's initial efforts were concerned with the placement of oil containment measures downriver of the advancing oil sheen. These oil containment measures were placed many miles from the release site; these measures could have been put to better use on Talmadge Creek, which was much closer to the release...

During interviews, first responders said that they were unaware of the scale of the oil release; this lack of knowledge contributed to their poor decision-making. The Enbridge crossing coordinator, whose crew of four individuals served as the entire team involved in Enbridge's first response effort, told NTSB investigators that... the crew at that time had no idea how much oil was released or whether oil would ultimately discharge that far downstream, and he suggested that the sorbent booming was a token effort given the few responders that were available on scene and the response time for additional personnel.

An Enbridge supervisor reported that by late afternoon "a total of 14 Enbridge personnel and between 6 and 10 personnel from [local contractors] were working on scene to contain the oil during this time" (Final Report, p. 16). This number contrasts with the over 2,000 workers in mid-August.

...Enbridge's emergency response actions during the initial hours following the release were not sufficiently focused on source control and demonstrated a lack of awareness and training in the use of effective containment methods...

Enbridge crews primarily deployed sorbent booms in the fast-flowing Talmadge Creek, which, according to industry and Federal guidance, is an ineffective method of containing oil except in stagnant waters. Sorbent booms are generally used for small spills or as a polishing technique to capture sheen escaping from skirted oil booms, not as a principal containment method for a large release.

Had more effective containment measures been placed at strategic locations along Talmadge Creek -- such as installing plywood sheet underflow dams over the seven culvert pipe stream crossings located between the release site and the Kalamazoo River -- less oil might have entered the Kalamazoo River.

NTSB investigators observed that the equipment used to construct underflow structures was not part of Enbridge's response equipment inventory. By chance, several pieces of surplus pipe and earth-moving equipment, which had been stored at the Marshall PLM shop for another purpose, were available for constructing an earthen underflow dam in the source area. Installing the first earthen underflow dam was a difficult and slow process that took all afternoon to complete. Nevertheless, first responders told NTSB investigators that using underflow dams was one of the major successes in the response to this accident.

Underflow dams constructed of plywood or other suitable material are easily and quickly installed over culvert pipe and would have been a more effective containment strategy to minimize the consequences of the release. The Bay City PLM supervisor recognized in retrospect that blocking the culvert pipes would likely have proven effective.

As NTSB noted, it was not only the Enbridge first responders who overlooked the merits of an underflow dam at the critical culvert:

The first responders were not alone in failing to recognize better opportunities to contain the oil spill. The Federal, state, and local response personnel, and the Enbridge supervisors, who arrived later, observed heavy amounts of oil discharging into the creek, yet, building a more effective underflow containment dam near the source area was the last strategy attempted on the first day of the response.

When asked to identify lessons learned from the response to this accident, the [Enbridge] supervisor told NTSB investigators that in the future he would ensure that sheets of plywood are included in Enbridge's boom trailers so that adjustable underflow dams can be constructed over culvert pipes; a strategy that he believes might have been used effectively at the Division Drive culvert pipe.

NTSB investigators drew on U.S. Environmental Protection Agency (EPA) findings to conclude Enbridge had fallen far short on its emergency response due to lack of resources, an out of date plan, and reliance on contractors distant from the scene rather than locally based.

The EPA reported that Enbridge did not have adequate resources on site to deal with the magnitude of the spill and experienced significant difficulty locating necessary resources. The facility response plan identified two oil spill response organizations, but neither organization had the capability to respond to Marshall, Michigan, in a timely manner. More than four hours after it became aware of the oil release, Enbridge first contacted Bay West [of St. Paul, Minnesota], which launched its resources to Marshall more than five hours after notification. Bay West finally arrived on scene on July 27, after a 10- to 11-hour drive. The other oil spill response organization, Garner Environmental Services, Inc. [of Deer Park, Texas] arrived on scene on July 29, three days after the spill was reported. By then, it was too late for either spill response contractor to mitigate the spread of the oil release.

In accordance with 49 CFR 194.115(a), pipeline operating companies and response contractors or organizations must have a contract or an agreement to identify and ensure the availability of specified personnel and equipment within stipulated response times for a specified geographic area. Enbridge should have been prepared with local resources on standby to respond to an accident because Bay West and Garner Environmental Services, Inc. had told Enbridge that they would be unable to respond quickly unless they could use local contractors. If the facility response plan had identified sufficient contractor resources near Marshall, Michigan, and these contractor resources had been under contract, the response to the oil spill would have been more timely and, therefore, more effective.

In summary, the spill response was hampered by inadequate resources on site; lack of spill response organizations under contract near Marshall, Michigan; and use of spill response equipment that was not appropriate for the environment and weather conditions. These deficiencies were all a result of poor response planning.

Next week: How Enbridge dealt with the citizens of Marshall, Michigan, after its pipeline caused a toxic situation.