It would seem at first glance, driving down Highway 22 in Woolwich County, Ontario, that the family farm is alive and well. The two-lane rural road is flanked by tall corn fields, large barns and well-kept houses. Produce stands appear at regular intervals at the end of long laneways, advertising sweet corn, carrots, pies, blueberries, pickles. At the bottom of each, a notice to customers: No Sunday Sales. 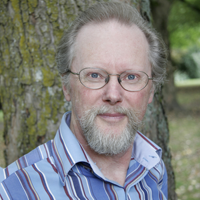 Sunday is still a day of rest for the Old Order Mennonites who live in the area, and farming is still a way of life. But while the old traditions remain (some farmers use tractors, but no other motorized vehicles) global forces have changed things. When the bovine spongiform encephalopathy (BSE, or “mad cow disease”) crisis led to an international trade ban on Canadian beef, many in this large beef-producing region were hit hard. Looking closer at the large livestock barns in the distance, it's possible to see that many are actually empty.

Farmers were forced to diversify into fruit and vegetable production. In order to help them reach new markets, the community launched a unique initiative called the Elmira Produce Auction Co-operative.

EPAC opened in 2004 and has been growing steadily since. It now has approximately 100 members, and serves as one-stop shopping for larger retail buyers in the region who want to serve a growing demand for local food, but don't have the time to deal with farmers individually.

It's been lauded as a way to break down one of the greatest barriers that small-scale farmers face in getting their produce to consumers: supplying large enough volumes, in one place, to attract retail and restaurant buyers.

Teams of horses stand patiently in the parking lot of the Elmira Produce Auction Co-operative, or EPAC, on a grey fall morning. They've traveled from Mennonite farms from around the region, bringing loads of just-picked fruits and vegetables. One of the rules of the auction is that all the produce has to come from within a 75-mile radius.

Inside the auction warehouse, the bidding has just begun. Auctioneer Bill Horst walks up and down rows of wooden pallets, which are piled with boxes of carrots, onions, apples, kale and dozens of other varieties of fruits and vegetables. He's followed by a cluster of people, mostly men, many of whom are dressed in the Old Order Mennonite tradition: black hats, black shoes, black pants and white shirts. Horst spends less than a minute on average at each lot, prices rolling off his tongue as buyers make their bids.

Doug Pagett, manager of the local Foodland grocery store, stands outside the immediate circle of bidders, consulting a clipboard. He comes here regularly to buy for the store. Although Foodland is owned by Sobeys and required to carry certain Sobeys brands, there is leeway in his franchise agreement to buy fresh produce from local suppliers. "I have seen more demand for local," Pagett says. "Big time. And this is all good quality -- consistently good quality -- produce."

One of the challenges that smaller growers face in getting their product to market is achieving volume and consistency that will attract retail buyers. Grocery store shoppers have come to expect to be able to buy the variety of produce that they want, when they want it, and looking a certain way (that means no dirt clinging to the carrots).

Solution: The Elmira Produce Auction Co-operative provides one-stop shopping for retail buyers so they can get the volume they need in one place, without having to maintain relationships with many individual farmers. And over the past year, the auction has "come leaps and bounds" by working with farmers to maintain a consistent quality. EPAC members receive produce boxes, marked with the auction logo, that meet with grocery standards, and have access to workshops and education on washing, grading and packing.

On the other side of the floor, Heather Kelly, marketing coordinator for the University of Waterloo, is chatting with a colleague. They come here each week to buy produce for an on-campus farmers' market. Administration takes care of the buying, transportation and storage, and then the students take over. "They put everything up, service the customers, handle the cash. It's amazing, the number of student volunteers that are willing to get up at 7:00 in the morning."

Coming to the auction is her favourite part of the job. "I love feeling that connected to our local community," Kelly exclaims. "It's beautiful, the colours of the fruits and vegetables, the smell, all the noise and action going around."

'They have come leaps and bounds'

EPAC rules dictate that members have to pay 10 per cent of all sales to help cover overhead costs, and buyers must purchase three or more boxes of produce. Since opening in 2004, sales have increased 600 per cent, and last year the warehouse was expanded to handle more volume.

One of the early challenges was trying to achieve product and packaging consistency. EPAC now offers its members standard boxes with the auction's logo, and holds grower education sessions on harvesting, washing and packing techniques early each season.

"They have come leaps and bounds," says Peter Katona, the executive director of FoodLink Ontario, a non-profit that promotes local food, farms and businesses in the Waterloo region. "I think the biggest thing they've learned is to be more consistent on the grading and the quality. The quality is really unsurpassed."

However, he's uncertain if the auction would work outside this tight-knit community. "The perception of some non-Mennonite wholesale producers around here, is that Mennonites don't need the same price because labour price and costs of production may be lower."

Another challenge of the auction model, Mennonite or not, is that buyers don't know what will be available on any given day. "If you are a larger buyer coming in from Toronto, you want to know that you can get what you need at the price that you want it at, all the time," Katona says. "This is possibly one of the biggest challenges."

This is pronounced, he says, by the fact that the unique protocol here means information about what's available on any given day isn't quickly disseminated to buyers. The EPAC office has a phone, but no computers, no Internet, no email. Instead, women in long dresses and white bonnets file index cards on which auction results are listed: who bought what, how much, and for what price.

Watch as veteran auctioneer Bill Horst sells a cornucopia of fall produce to the highest bidders. Video by Justin Langille.

Nevertheless, auction manager Noah Gingrich says that farmers in the region are now growing 10 times more produce than they were five years ago. A Waterloo Region campaign called Buy Local! Buy Fresh! has been helpful in promoting local food. "With the wholesale market like this, it just makes more sense for more people to get interested in doing it."

Gingrich, who himself has five tonnes of potatoes up for auction today, chuckles and shrugs when asked how much he expects to fetch for them.

A fair price for all?

Back on the floor, Marvin Martin follows the crowd with his young daughter in tow, waiting for the auctioneer to get to his case of Savoy cabbage. He, his wife and five children live on a four-acre farm not far from here, and in addition to selling here, he operates a produce stand on their property. He's hoping to get somewhere between 60 cents and a dollar per head for the cabbage, but has the same wait-and-see attitude about the outcome. "It's supply and demand,” he says with a shrug. "You always get a fair price."

But the flux of the free market does impact EPAC -- a flood of California strawberries on the market, for example, can cause the price of a flat sold here to drop as much as $10 in a matter of days -- and some say the lowest-bidder model does not result in a fair price for the farmer.

Last year, Nelson Wideman, one of the founders of EPAC and former auction manager, split to create his own wholesale produce operation, called Jay West Wholesale. The move was divisive in this tight-knit community.

"I guess I lost confidence in using a live auction to establish price in the auction," Wideman says. "The auction method works wonderful if there's something in high demand or short supply, which is usually at the same time. Or if something is of uncertain value, like antiques for instance.

"But with the produce, if we had ample supply and the buyer of course learns this... there's really no point in bidding against another buyer, because there's five more piles down the line. And I guess I was so fed up to the extent that I decided to withdraw from the auction and start my own wholesale business using another method."

At Jay West Wholesale, Wideman sets prices that are based on the going rates at the Ontario Food Terminal, the largest distributor in the province. At the beginning of the week, Wideman sends out a list of the produce he expects to receive, along with the price, and then buyers send him their orders. This system eliminates the uncertainty about variety, volumes and price that buyers face at the produce auction.

Although his first year was a challenging one, Wideman says he believes there is potential, especially if the demand for local food keeps up, and if his community can work together to make both methods of wholesale complement one another. "I think it's just a matter of keeping on a little longer with the auction and with the Jay West venture here," he says.

"I'd say anything is possible elsewhere if it's possible in the Mennonite community. What does it take? It takes absolute dedication from the whole community, really."