If you're wondering about books to give the political junkies on your Christmas list, you may have a problem. 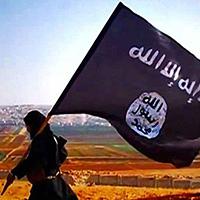 What History Teaches Us about the Islamic State

On Oct. 19, Canadians decreed the instant obsolescence of a whole genre of political writing -- namely, Harperlit. Countless once-hot titles on the New Conservative Order are now mere fodder for M.A. candidates in political science whose theses will be as forgotten as our last prime minister.

Never mind. Canada still faces a lot of serious issues, and the following books should throw light on them. The Tyee has reviewed many of them:

Common Ground by Justin Trudeau (Harpercollins). You can forgive him his five-second gloat about leaving his critics "in the dust" because he did just that. A lot of Canadian politicians and pundits underestimated this guy as a cute airhead who nonetheless sent them jogging home without their pants (we're looking at you, Corey Teneycke). The kid may make his enemies pine for the good old days when his father flipped them the bird.

The Health Gap by Sir Michael Marmot (Bloomsbury). Perhaps the greatest scholar of inequality's effect on public health, Sir Michael is also a very good writer. It's like having Alexander McCall Smith as your GP: charming, very funny, and no one to be argued with. He makes his points calmly, even when rebutting his critics, and his knowledge is both wide and deep. His prescription for most of the ills that flesh and societies are heir to: educate girls, keep people working in good jobs, and everyone's life will be better.

Lawrence in Arabia by Scott Anderson (Anchor). Forget Peter O'Toole. The real Lawrence was a spindly little guy totally geeked out on medieval Crusader castle architecture in the Middle East. But he was also an adroit young spy and a keen observer of the Arabs -- who still fought in the same way they'd fought the Crusaders. Much as he liked the Arabs, he knew his promises to them wouldn't be kept, and he developed a strategy that nearly conquered Syria for the Arabs before the French could get there. And he foresaw that any Jewish state in Palestine could be sustained only by force of arms.

Under the Black Flag: At the Frontier of the New Jihad by Sami Moubayed (I.B. Tauris). The absolute must-read on the menace du jour. Moubayed, a Syrian journalist and historian, traces Islamism's roots back almost a thousand years before getting into the details of daily life (and death) in the Islamic State. Perhaps his most notable achievement is to make readers feel sorry for dictators like Saddam Hussein and Hafez al-Assad, who were under constant attack by earlier generations of Islamists: If only they'd shot more and jailed fewer of them, we might have been spared the current horrors.

Deep South: Four Seasons on Back Roads by Paul Theroux (Eamon Dolan/Houghton Mifflin Harcourt). Fed up with air travel and even trains, Theroux takes his own car from Cape Cod to the rural South. The roads are always excellent, but the towns are dying. They thrived when they offered cheap, non-union labour, but now the factories have moved to still-cheaper Mexico and China. Theroux hangs out at gun shows with very polite, very defeated white guys, and also spends time in black churches whose ministers and congregations are trying to save their communities. He also notes the readiness of the Clintons to pour millions into Africa but nothing into their own country. Theroux has mellowed, but you still don't want to annoy him.

The Age of Acquiescence: The Life and Death of American Resistance to Organized Wealth and Power by Steve Fraser (Little, Brown and Company). Capitalism can sell you anything except itself, and Fraser shows what a hard sell it was in 18th- and 19th-century America. Class war was open, accepted, and extremely violent. But by the Great Depression, both sides were intellectually exhausted, and FDR saved capitalism -- making unions a cost of doing business. Canada, however, was stuck with savage capitalism right up until World War II.

The Brewer's Tale: A History of the World According to Beer by William Bostwick (Norton). The author is beer critic for The Wall Street Journal, which tells you something about the power, importance, and wealth of humanity's oldest industry. From ancient Sumer, where a good wife was a good brewer, to today's booming craft-beer industry, some our greatest minds have studied how to make a better form of liquid bread. Fun fact: When lager was first introduced in the 19th century, it was touted as a great drink for kids. In hindsight, it was at least better than Kool-Aid and soft drinks.

What's Happened to Politics? by Bob Rae (Simon & Schuster). As our reigning political standup comedian, Rae has punctured many a talking point. This short book offers a snapshot of late-Harper Canada: a country "sliced, diced, dissected and divided" to produce the maximum number of votes for the Conservatives. One of the last, best examples of Harperlit, it's not just a reminder of a bad decade -- it's very nearly an agenda for the new Trudeau government.

Roosevelt and Stalin: Portrait of a Partnership by Susan Butler (Knopf). Talk about an odd couple: the patrician American and the ex-bank robber running the Soviet Union. It wasn't just an alliance of wartime desperation; from the early 1930s, Roosevelt had no illusions about the Soviets. But, always a political realist, he preferred integrating them into the international system rather than letting them run amok as pariahs.

Stalin grew to deeply respect Roosevelt, whose death put Harry Truman (a far less visionary politician) in power. Truman put the brakes on Roosevelt's plans for postwar good relation with the USSR, and the Cold War was soon underway. Susan Butler brings the men and their times vividly to life.