Ever since Mary Shelley penned Frankenstein in 1818, it's been hard to go a day without some pundit warning us about how technology is reshaping our brains, our characters and our very humanity. But courtesy of the quiet death of the iPod Classic last month, I fear that technology is about to kill one of the 20th century's unsung arts. 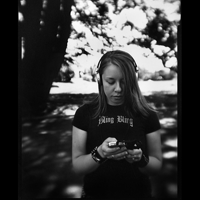 I'm talking about that under-appreciated art form, the mixtape. Or as we now call it, the playlist.

In the era of music streaming services, no one needs 50,000 songs in her pocket anymore, so it makes sense that Apple killed the 13-year-old gizmo that made its fortune. The tiny Nano and the tinier Shuffle still exist, along with the iPod Touch (which is a smartphone sans phone). But it's telling that none of these gadgets were updated along with the new iPhone 6, and tech-watchers predict that the iPod's days are numbered. That's not surprising given that technology is moving to apps and cloud-based computing.

But I'm more than a little sad about it. Suddenly what we listen to is being put back in the hands of the professional music industry. That just moves us a step closer to being part of the hive mind.

Too dramatic you say? Maybe. But few things are as closely tied to our individuality as the music we choose. Songs have always been a proxy for other values, including our politics. And for most of the last century, our easy access to any soundtrack we wanted has been used to flag the tribe we belong to. I recently made a new friend after he mentioned being a fan of the Undertones -- an Irish band of our youth -- and we joked about how we never outgrew our teenage habit of using music as a secret handshake.

Music is so revealing that for years I've toyed with the idea of setting up as a sort of musical psychic -- tell me what you listen to, and I'll tell you who you are. Come to think of it, I should probably write a Buzzfeed quiz for that. But I'll have to act fast since the era of quirky personal taste, as expressed through some variation on a mixtape, appears to be at risk.

While streaming services may be soothing, they're also passive. It feels like a return to the era of monopoly media gatekeepers, which are the death of creativity in every form.

Some of them also invade your privacy. Spotify, the Swedish streaming service that launched in 2008 has finally made its way to Canada this week, and it promises to make your listening more social. That's codespeak. What it really means is that it has a nasty habit of reporting your unseemly enthusiasm for Taylor Swift ditties on your Facebook page, if you're not careful.

Now, don't get me wrong, I'm not opposed to pre-packaged playlists in the ether. As it happens, I love Songza. That's the streaming service that appeals to me most because of the well-curated playlists. They're made by human beings who offer some of the wit of the music-loving radio DJs of the 1960s. This month they posted "Being Pretentious" -- playlists aimed at the university crowd looking to impress others with their obscure musical tastes. "Blogged 50" promises they read the music blogs so you don't have to. Many of their lists offer good overviews of music you don't normally notice or trends you may have missed.

As I write this, I'm listening to one of Songza's vintage jazz lists, which resembles three decades of my own playlists designed as music to work to. It's a steady flow of familiar tunes that serve as white noise and a way of marking time, without distracting me. But I wouldn't use Songza as a backdrop for a party, since it seems so impersonal as to border on rude. Sort of the audio equivalent of serving packaged food.

While the streams are pleasant enough, many are oddly generic. The song choices are dictated by a combination of who is willing to license their music and what the masses want to hear, which makes the streams a surprise-free zone. There will always be Brubeck's "Take Five" and Coltrane's "Blue Train." That's not a bad thing: who doesn't love those tunes individually? But the lists have a sort of homogenized quality that is typical of the online world.

The big promise of the digital revolution and Web 2.0 was that it would increase choice. In books, music, magazines and anything else that could be digitized, it would lead to the "long tail" -- the ability to store and sell media for niche tastes at a fraction of the cost of special interest items in the old media formats.

Instead, we seem to be moving toward what is often called the echo chamber effect. Due to algorithms that serve us more of what we like, our choices are becoming increasingly narrow. We're bombarded by waves of the familiar and we have to work even harder than we did 20 years ago to find anything different or new.

The idea that music may go the way of newspapers, in which every outlet runs the same story, originating from the same source, over and over again ad nauseam, gives me a little chill. It's bad enough when it's a real news story being repeated with no new info. But it's infuriating when it's something as trivial as singer Robin Thicke fessing up that he lied about writing last summer's creepy hit, "Blurred Lines." He claimed credit, he says, because he was high on drugs (as well as low on talent). I made up that last part.

The story is amusing, once, for what it tells us about the music industry. But how many times must I have the same story imposed on me (or the same bad song) before it counts as wasting my time?

I value my iPod precisely because it helps me avoid dreck like "Blurred Lines." (Sadly, I haven't figured out how to avoid dreck like that tsunami of shallow stories about Thicke.) So I hate to see one of the tools for creative expression disappearing from the scene.

Are you in the curative class?

Curating music is a creative act, and I think we lose something if we lose the best tool ever for doing it. A few months ago, while cleaning out a storage locker I found some ancient mixtapes circa 1980ish made by a guy I once knew who had a great ear. I recognized them as his because they were so distinctly his worldview. He had a signature -- every tape included the retro Who song, "The Kids Are Alright," which touched on his love of '60s inspired punk. Then he organized the music of the moment to tell his own story. He was forever nursing a broken heart to a frantic beat, and the next song was the Buzzcocks "Ever Fallen in Love."

The tape was more than a nostalgic survey of the bands of the era; it was a sort of debate he was having with himself via a quirky collection of tunes. Elvis Costello's "Radio Sweetheart" nestled next to the Pointed Sticks' "What Do You Want Me To Do."

He may have been compiling someone else's work, but that mixtape was an expression of who he was: someone who engages with art instead of being a passive drone. It recalled him as vividly as any photo could.

I also found a witty playlist of a more recent origin by an insightful pop music critic who made me a soundtrack for researching an article about a transgender woman suing a radical feminist group. It kicked off with Louden Wainwright III's grammatically and politically incorrect "I Wish I Was a Lesbian."

The eclectic mix of cuts included the classics: the Kinks doing "Lola," check. Johnny Cash with "A Boy Named Sue," check. It included a host of songs I'd never heard that all wrestled with the often-confused beliefs around sex and gender. That critic gave me something to meditate on as I found my way through that story -- a huge gift, in retrospect. And still an entertaining listen.

If the technology to own and curate music disappears, the mixtape will disappear, along with the opportunity to hear some surprising song on the private list of an insightful pal. Or perhaps some familiar song in a new way.

So while everyone else is celebrating the iPhone 6 (or at least cursing whatever nightmare iOS 8 is about inflict on us), I'm taking a moment to mourn the death of the original iPod. And I hope it doesn't take the art of the mixtape with it.

Just imagine the alternative: being subjected to music shaped by an industry that thinks Robin Thicke and his "Blurred Lines" are a good idea.