The atmosphere at Neptoon Records is so electric, it's bringing down the house -- or at least part of it. 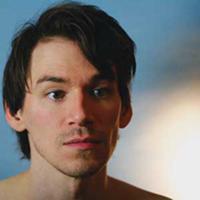 With the opening chord of their opening number, local rockers Dead Soft have somehow shattered an overhead light fixture, bringing shards of glass down around the musicians -- though, in true rock 'n' roll fashion, they and their fans proceed through the 45-minute set unfazed.

"We've had it happen a few times before," chuckles owner Rob Frith, on the scene with broom and dustpan. "There was one band -- it was a Halloween show, maybe three or four years ago. The guy jumped up in the air with a guitar, and [the light] just exploded. And he was in bare feet. He didn't have any shoes on."

Cold and heavy rain hasn't deterred more than 100 spectators packed into the tiny shop. Fans groove to the music, comb over special releases and proceed to the counter with arms full of rare and specialty vinyl. Hundreds more are expected throughout the course of the day.

On every third Saturday of April, indie music shops celebrate Record Store Day, an international event that reveals a startling phenomenon in the digital download era: the resurgence of vinyl, and the rebirth of the independent record store.

Starting small in San Francisco, Record Store Day now serves nearly 2,000 independent stores around the world. Fans come out for special in-store performances, as well as at least 450 special pressings specific for the day, this year including releases from Nirvana, Death Cab for Cutie and LCD Soundsystem.

Some are deluxe reissues. Others feature rarities from classic acts including Devo, Nirvana, Sam Cooke and The Doors. Some artists take it further still: on Saturday, Jack White recorded, pressed and began selling his own Record Store Day release in less than six hours.

Now in its seventh year, Record Store Day has become the biggest sales event of the year for many local vinyl shops. Co-founder Michael Kurtz has since been knighted by the French government -- proof Vancouver isn't the only music community benefiting from the local boost. It's hard to debate: vinyl is back, and it's fueling something of a musical renaissance.

"There's been a real movement toward people attending live shows and festivals again," explains Dave Gowans, co-owner of Red Cat Records. "And that's brought people to rediscover the vinyl record. We get a lot of feedback from people who say they just love actually sitting down and listening to music. It's not about having it on-the-go as it would be on an iPod or in a car, or having 5,000 songs. They want to just listen to one really good record, and they want the sound quality to be good."

In an era where online piracy and digital downloads are unmistakably king, the trend back toward vinyl is startling: in 2008, less than three million LPs were being sold in the U.S. By 2013, it was close to 10 million. At the first official Record Store Day, there were only 10 special releases. By the second year, it was up to 85.

Far from fizzling in the post-MP3 era, independent record stores are once again flourishing, in large part due to the communities they have created -- communities of listeners, musicians and employees.

"It's more like a community centre, or a clubhouse in a strange way," Gowans says. "People are getting their concert tickets, they're asking you stuff about their stereo system. It's more interactive than just going in and listening to a CD in a listening booth and going to the counter."

In short, a key to the success of indie record stores is the fact they have evolved. In addition to selling concert tickets, many stores provide a venue for local and touring artists' all-ages shows. Most stores allow consignment, giving smaller acts an opportunity to sell records outside their own shows. Retailers and artists benefit: bands get exposure, and everyone gets to know their local music community.

"It's always been a fun party, and Red Cat are good hosts," explains musician Darcy Hancock, a longtime customer and two-time veteran of in-store RSD performances. "Some of the best shows I've ever seen have been in those two record stores."

Recently, Neptoon has taken it even further, having started their own record label, which they use to feature local independent musicians.

"It's kind of a no-brainer," says Neptoon manager Ben Frith. "We're in a city with music that is so good. I can't think of a time in my life when the music scene has been this good. There are so many amazing bands, and it's just a shame to not be able to help them. We want to start putting out records from some of our favourites. It's really important to not only be a store that serves your area, but to be able to serve your music scene in general."

Eye of the needle

The store selection process (undertaken by an institution with the tongue-in-cheek title "Department of Record Stores") is governed by a specific set of rules. No publicly-traded companies are permitted, nor are any institutions without a physical store location. Ownership must be at least 70 per cent concentrated in the state or province of ownership.

And while the Department of Record Stores provides material and releases, individual stores are encouraged to retain their independence, selecting what to carry and which local acts to feature -- emphasizing the personal touch that made them popular with buyers in the first place.

"They're introducing you to things, and it's not decided by a label paying the store to play their record over and over," Gowans explains. "You can come in here and someone's playing an old blues record, or the latest electronic release. It's set by the taste of the people who work behind the counter."

"With the big-box stores, they'd have somebody back east doing the ordering for a store in Vancouver," adds Frith. "There was no connection between the customer and the store -- it was left to whatever happened to show up in the box that week. You come into an independent store, and you get in-person service, and you're talking with the people you're going to be getting stuff from, who might actually know something about what they're going to sell."

Both Neptoon and Red Cat have been a vital part of their respective communities for a long time; Neptoon is the oldest independent store in town, and Red Cat (named for a mean-spirited feline who strutted about the shop until his death in 2006) was recently voted one of the 10 best record stores in Canada. And as Gowans explains, the listeners they serve are as diverse as the bands they feature.

"There's the older generation, that's come back to the record, back from CDs," he says. "Then there's a generation of kids who've never seen a record before, until a few years ago. And they had no idea -- we have to show somebody how to use a turntable every week. It's the first time they've ever seen one."

"There's more support for the record store than there's ever been," Hancock says. "It's great to see, considering that people aren't actually buying music much anymore. Yet Vancouver still has a bunch of great record stores, and they all seem to be able to stay open constantly. I go into Red Cat at least three days a week and 'accidentally' buy something. Those guys are like friends now."