If you've got a vinyl junkie in your life, you'll probably notice they're starting to sweat. That's because Saturday, Apr. 19 marks the seventh annual Record Store Day, with indie labels and majors alike shuffling a ton of exclusive releases to independent record stores around the globe. 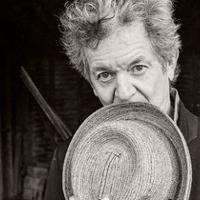 Rodney Crowell Peaks All over Again

While many of the releases offer up a selection of cool material -- whether b-sides, remixes, covers or more -- the once low-key affair has seen the amount of wax being pumped out for the event each year increasing to the point of ridiculousness, acting as a cash grab for fans and often just adding another stack of vinyl to the bargain bins a couple of weeks down the line. With that in mind, here are a handful of noteworthy titles worth blowing the dust off your stylus for.

Los Angeles quartet OFF! -- featuring first-wave hardcore icons like Black Flag/Circle Jerks singer Keith Morris and Redd Kross bassist Steven McDonald -- have been hitting up fans with old school-styled punk blitzes for the past few years now, and they just issued their second proper full-length, Wasted Years, at the beginning of the month.

That hasn't stopped the band from getting into the Record Store Day spirit and issuing two more speedy salvos on a new 7-inch. A-side "Learn to Obey" is a cranked up crusher slinging hot-wired power chord damage alongside Morris' smarmy vocals, here sarcastically suggesting that us plebes oughta just bend over for the powers that be.

On the local front, Vancouver's Jay Arner is issuing a one-song, flexi-disc follow up to his 2013 self-titled debut, coming through with more ethereal dream-pop vibes on "T.S.A.T.S." Soaked in reverb, summery vocal harmonies and soft-focus synth work, the track has the solo artist gently considering how long he can act as a "teenager at heart." Further making this a home-grown release, the release is being issued through iconic Vancouver imprint Mint Records as a giveaway.

The Screaming Eagle of Soul himself, Charles Bradley, is back to break your heart with a couple of no doubt passionate cuts left off his 2013 sophomore set, Victim of Love. The 12-inch vinyl release once again has the sexagenarian teaming up with the Menahan Street Band on "I Hope You Find (The Good Life)" and "Electric Victim of Love." Instrumental versions of the songs are likewise included to show off the R&B wrecking crew's arrangements.

As can be expected, there are also some lacklustre offerings on the agenda. Pointless, for instance, are a series of Aerosmith reissues running from 1976's Rocks to 1982's Rock in a Hard Place, whose original pressings are basically begging you to save them from a Value Village in the suburbs.

Though Record Store Day has kind of gotten out of hand, causing frantic in-store rushes for so-called limited pressings (often hedging well into the thousands) and giving opportunists the chance to flip their wares immediately on eBay, the idea hasn't worn itself out just yet. Just think, even if you can't grab one of the event's exclusive releases, there's still an entire store's worth of wax platters to suit your sonic needs.