Click here for a video by Ryerson University students that shows how DMP could work at the federal level.

2. If you don’t get a package, you have until Nov. 23 to ask for one through Elections BC here.

OK, if the current first-past-the-post system is voted out in British Columbia’s upcoming referendum on electoral reform, what will replace it?

The referendum ballot offers three choices, and the first is a made-in-Canada solution.

The first is elected based on the current first-past-the-post system.

When all the votes are counted, each party will be awarded enough additional seats to ensure the legislature reflects the popular vote. So if a party won 40 per cent of the vote, it would be entitled to 40 per cent of the seats — 35 in the current 87-seat house. If it had elected 25 MLAs in the first ballot, it would be entitled to 10 additional seats. These will come, in most cases, by selecting candidates from each party who came a strong second in their ridings.

Sean Graham designed Dual Member Proportional in 2013 while he was a student at the University of Alberta, with the help of funding from the university.

“I had an idea to maybe do a better job of meeting the wants of Canadians in their electoral system while also solving the problems with first-past-the-post,” said Graham. “The goal is to give as many British Columbians the ability to have a meaningful effect on the outcome of the election.”

Dual Member Proportional isn’t currently in use anywhere in the world, though a similar system is in place in the German state of Baden-Württemberg.

It was also one of the options in P.E.I.’s 2016 referendum on electoral reform, where it was the third most popular of the five options, behind first-past-the-post and mixed member proportional. (Voters supported a change to proportional representation in the non-binding referendum, but the government decided not to proceed.)

Under Dual Member Proportional, most of the province’s electoral districts — except a few of the largest rural ones — would be combined with an adjacent one. Most ridings would be twice as large, but also have two representatives. Most British Columbians would be represented by two local MLAs, usually from different parties.

Dual Member Proportional would give each constituent only one vote, but each party could nominate two candidates whose names would appear together on the ballot as its first and second choices to represent the riding.

The first-choice candidate of the party that gets the most votes is elected to represent the riding.

The rest of the seats are awarded to parties to ensure their representation in the legislature corresponds with their share of the popular vote. Each party’s proportion of the overall vote determines the number of seats it is entitled to in the legislature — provided it wins at least five per cent of votes across the province. Broadly, these additional seats go to the candidates from each party who obtained the greatest support but didn’t finish first in their riding.

Much like first-past-the-post — and unlike the two other proportional representation systems on the referendum ballot — every MLA would be a local representative.

“The more a district supports a party and its candidates locally, the more likely that candidate is to be elected,” said Graham. “DMP picks the most popular local candidates.”

The process, though, is complicated, as the government’s report on electoral reform options noted. Once the first seats are awarded, the winning party’s votes are halved, because only one of two candidates remains on the ballot. All candidates are then ranked based on their share of the vote. (For a detailed look at the counting process, go here.) Those rankings determine how the additional MLAs for each party are chosen. 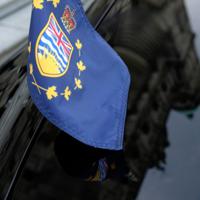 If a party’s province-wide support earned it additional seats, but its candidates didn’t finish second in enough ridings to fill them all, its strongest third-place finishers could be elected to ensure representation for those voters.

Richard Johnston, a political science professor at UBC and current Canada Research Chair in Public Opinion, Elections and Representation, believes DMP might be the best option for B.C. He finds it produces “highly proportional” results, perhaps even more so than the other systems on the ballot.

But he notes the mechanism for awarding the second seats is complicated. “It does so in a way that will never be transparent to voters,” he said. “You need to be able to explain this stuff to people.”

Graham doesn’t share this concern. “I think people will be able to grasp the concept of the system working to ensure that every British Columbian’s vote counts,” he said.

“The province-wide proportionality is really, at a fundamental level, not what the goal is. The goal is giving as many British Columbians the ability to have a meaningful effect on the outcome of the election.”