You claim to be a professional spin doctor. Election season is approaching, advisors are being hired. If you’re such a hotshot, why haven’t you been retained by any major parties?

I am getting plenty of offers, thank you very much. Just last week I was hired to play Boris Johnson at a birthday party. I told the nasty little thugs that balloon animals are meant to explode, and that society will probably descend into cannibalism before winter comes so they should hoard the cake.

And maybe I have been doing some spin work too. Recently I may or may not have been hired to spin the story of a certain anonymous politico who was hired to advise the Green Party and then rather abruptly un-hired again. That’s something that might or might not definitely have happened. I am not at liberty to say.

On a totally unrelated note, Warren Kinsella recently experienced a rather brief career as an advisor to the Green Party.

I assume the problem was that as a good advisor, his first advice to leader Elizabeth May would probably have been not to hire Warren Kinsella. That could look pretty bad. Maybe May took that advice, in which case, well done Warren.

Still, brief though it was, it may have been the most uncomfortable marriage since Denise Richards and Charlie Sheen. One notable moment: Elizabeth May’s tweet reading, “Greens do politics differently. @kinsellawarren knows we have no ‘war room.’ Peace room? Situation Room? Room of Zen? #GPC” was quickly paired up with Kinsella’s past tweet reading “The people who say they ‘want to do politics differently’ are quite often the people who are the biggest dicks.”

He’s not necessarily wrong, and it is certainly admirable to see courageous employees willing to speak truth to power. But as so many who have spoken their truth to corporate bosses have discovered, freedom of speech has never meant freedom from consequences. Not in politics, certainly. As for the claim that “Greens do things differently,” a key aspect of that philosophy might be not taking political advice from Warren Kinsella.

The Greens aren’t the only ones struggling to get good help. The Liberals recently took on a new staffer named Gerald Butts to advise their campaign. Coincidentally, that was also the name of the Trudeau advisor who resigned last spring over the SNC-Lavalin affair. Maybe they wanted to save the cost of printing new stationery. Say this much for Donald Trump, even he never re-hired Anthony Scaramucci.

Then again, it was never very clear why Butts took the fall over that scandal in the first place. It may be that he is inaugurating a whole new offering in the full-service political business: the reusable goat. The Greens are not the only party that can tout their commitment to recycling. Butts has now popped back up like a Popeye punching bag, ready to take another fall.

The Conservatives have their own consultant issues. Andrew Scheer’s successful leadership campaign was advised by Hamish Marshall, one of the founders of the far-right website Rebel Media. Now Marshall is running the party’s national election campaign. Having a Rebel alumnus on hand could come in handy when Scheer is competing with Maxime Bernier for that all-important Faith Goldy endorsement.

Meanwhile Dr. Steve is waiting in the wings, holding in his wise, shapely hands the keys to true political success. The real 200-proof stuff must remain under lock and key for paying customers but I will offer a small taste here. Think movies. Specifically, think Disney. Their philosophy is, did it work last time? Great! Let’s do it again. The Lion King was a hit? Aladdin was popular? Make new movies called Aladdin and The Lion King which are the same but different but mostly the same.

And who is the Lion King du Jour? Who is the current box office champ? It’s none other than Boris Johnson, the adorable new prime minister of the (currently) United Kingdom and second-in-command to Larry the Cat. 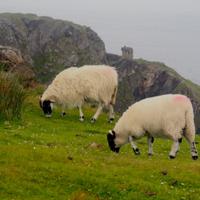 Please Advise! What Dr. Steve Learned on his Summer Vacation

So here’s your free sample advice from Dr. Steve: Want to be a winner? Be like Boris. Get stranded on a zipline in a goofy looking harness. Get wooden crates and paint them up like buses with happy little passengers on them. Promise to do the impossible by Halloween. Compare the European Union to Hitler and refer to dark-skinned people as “cannibals” and “pickaninnies” with “watermelon smiles.” Have stupid hair on purpose.

You think Trump was smooth winning the U.S. presidency with a deficit of almost three million votes? Boris cruised into 10 Downing Street with the support of a crushing 0.13 per cent of the U.K. electorate. Now that is political genius.

Be like Boris, my friends. And Dr. Steve is available to show you how. Also, I make exploding balloon animals.