Others have made strong arguments the Greens, if they do end up holding the balance of power in the B.C. legislature, would best find a coalition partner in the New Democrats. And in this excellent explainer of six possible outcomes, a UBC political scientist lists a Green – BC Liberal coalition as the least likely of options. I’d like to believe that, but I’m not in a betting mood. Here are six reasons I will not be surprised if Andrew Weaver decides to throw in with Christy Clark’s BC Liberals.

1. An affluent shade of Green. Weaver represents one of the wealthier ridings in the province, with average household income more than 25 per cent higher than the B.C. norm. Those voters, more progressive on environmental issues than economic, are the people who’ve determined Weaver’s political fate. As if speaking to them while campaigning, Weaver declared his party’s economic plan was “closer” to the BC Liberals’ than the NDP’s. Believing the party of wealth accumulators can also be the party of emissions reducers has been modeled before by David Suzuki himself, who damned the NDP and lent support to the BC Liberals for their carbon tax in 2009.*

2. Comfort zone. Andrew Weaver’s personal friction with John Horgan is real. Both are alpha guys who bristle when they feel disrespected. Perhaps sensing this, Christy Clark has gone out of her way to show deference to the Green leader, referring to him as Doctor Weaver, consulting him on some issues and legislation, and telling an interviewer, “I have a joy working with Dr. Weaver.” If you were Andrew Weaver trying to decide who would be the more enjoyable person to hash out agreements with, which would you choose?

3. Numbers. Weaver can accurately note the BC Liberals won more votes and seats than the NDP. He might argue it’s only fair that Clark’s party has earned a first chance to team with the Greens.

4. The whip stops here. Weaver has made a virtue of the fact that his party’s MLAs, should they be elected, won’t be whipped to vote in lock step with the leader. Now he can argue that whatever deal his party strikes with the BC Liberals, each piece of legislation will rise and fall on how each member of his Green caucus votes independently. Thus, while many Green voters will loathe the BC Liberals and hate the idea of the Greens propping them up, Weaver can say this coalition with the BC Liberals would not be a traditional one because no member of his team will be forced to vote against their conscience.

5. Conversion as change theory. Many Greens understandably see theirs as a moral crusade. Their ultimate goal, therefore, is not to agitate from the fringes but to enter the camp of the adversary and convert their hearts and minds to the proper path. We see this narrative of capitalism reformed in accounts of CEOs who convert to social and environmental responsibility. Made to see the light, they adopt greener principles and are rewarded with profitable success. The political corollary to those CEOs would be the BC Liberals, who hold so much sway in boardrooms. Could such power be tamed and enlightened by Green influence in day to day negotiations? This scenario may appeal strongly to Weaver and many followers. 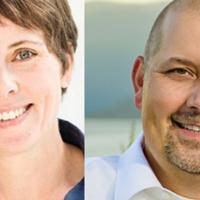 6. The NDP’s past sins. If Weaver wants to portray the BC Liberals and NDP as equally unreliable on environmental commitment, he will point to the 2009 election when the NDP ran against the carbon tax. At the time, the New Dems argued they saw the need to address climate change, but Gordon Campbell’s tax was too low to much change fossil fuel consumption, produced no revenue going into green projects, and disproportionately hurt lower income folks. But such footnotes are largely forgotten and, besides, didn’t Glen Clark, 20 years ago, call Greenpeace members “enemies of British Columbia”? If Weaver takes this line, his script is here.

Myself, I think it would be both a political and practical mistake for Andrew Weaver and his two Green MLA colleagues to now politically ally themselves with the BC Liberals. The New Democrats have evolved, in some part due to Green pressure. They’ve done some tough coalition building within their own ranks, resulting in a consensus that is environmentally progressive while delivering new seats in urban ridings more economically and ethnically diverse than where the Greens won this time. If real social and environmental progress is to happen, and the very way we elect politicians is to change, the NDP are much better partners for the Greens.

Still, for the reasons I’ve cited above, I’m not placing any bets yet. Andrew Weaver, I hope you will prove me an unwarranted pessimist.