As you know, there have been many sessions on housing affordability in this city. I have been to a lot of them. You have too. On those panels, in the media, experts have for years raised alarms, offered diagnoses, floated prescriptions. But the more conferences we attend, and the more articles we read, the more hopeless we feel.

That’s because they almost always call for “government” to somehow take over the housing market. But government simply taking over the biggest part of the B.C. GDP seems inconceivable in this free market age. So we leave frustrated, wanting an answer to this knot of questions:

Can Vancouver figure out how the market can deliver affordable homes for citizens? Citizens with the range of skills, incomes and family structures a vibrant city needs? And what can you, and we, do about it?

I have listened closely, and with disappointment, to your own reply. It was always the same. More towers, more supply, and a Broadway subway to hook them all up.

But last week you made a startling announcement that sounded to me different from anything you’ve said to date.

You said the emptying out of some Vancouver neighbourhoods signals a “failing city.”

It was as if the scales fell from your eyes and the dramatic depopulation of former family intensive neighbourhoods was suddenly visible to you.

It was as if you strolled down Dunbar Street for the first time in 25 years and noticed the empty storefronts, the geriatric age of its denizens, and the creepy silence of its playgrounds. Yes Mayor Robertson, these are the signs of a failing city, and one that has been dying in this way for decades.

What took you so long to notice? For years many have been saying that adding to tower supply was not the answer, or certainly not nearly enough of an answer.

A guide to why was published in The Tyee last week under the headline “How Global Elites Profit from Unaffordability.” Writer Geoff Dembicki reminds that our housing market is severely distorted by the fact that the global rich buy properties here not as shelter, but more like fine art — as scarce commodities assumed — expected — to rise steeply in price.

And what are the most attractive pieces of commodity architecture? Single family houses in our leafy streetcar suburbs and occasionally occupied glass condo towers.

Dembicki exposes the lie spoken by people who suggest all that is needed to make this place affordable is to increase the supply of what’s already selling to global elites. High-rise condos, true, are pretty easy to build in this market. Unfortunately, another tower of “assets” for the wealthy does nothing for those who would like to live, work and raise a family in this city, because those locals are forced to compete with the vast resources of the one per cent bidding up the price of those condos.

Time for a citywide plan

Now, suddenly, you seem to get it, based on your speech to the Urban Land Institute last week. You recognized these key facts:

So I very much applaud your dramatic pivot away from thinking that the answer to every question is a high rise. You have discovered the real opportunity for affordable housing lies in that 60 per cent of the city designated as “RS zones.” That’s where the land is. Many have been saying the same thing for years including yours truly, here, here, here, here and here.

But here is what I meant when I asked, above, whether you were really ready to do what it takes to act on this insight. The fact is, much of your new thinking could have been turned into policy a long time ago if you had not opposed a new city plan.

During our last municipal election, Vision was the only major party that openly ran against the idea of doing a citywide plan, a planning process that involves the citizens of every neighbourhood to help forge a plan that both protects what people love about their neighbourhoods and makes them affordable for their kids and grandkids. The plan would use zoning and other tools to establish a mix of building types allowed in order to assure the ongoing vitality of the neighbourhood.

Vision was the only major party that, instead of embracing a citywide plan initiative, openly ran defending business as usual: using one-off “spot zoned” massive high-rise projects as presumably the only way to get more affordable housing.

Back then you offered only a “supply side” argument: that any supply is good supply and would not acknowledge the difference between building units that worked for families and those that appealed only to investors.

You and your council colleagues were determined to stick to the spot-zoned approach that only produces more and more out of scale high-rise projects and more and more housing “commodity units” and fewer and fewer real homes. And the result was that developers poured their capital and efforts into building more condos on spot-zoned sites, which at best do nothing to reverse and at worst do real harm to the dying neighbourhoods you bemoaned last week.

It’s interesting that arguments you previously dismissed are now your own, when you say, “We don’t want more supply that’s just going to sit empty. In past years, the market was more focused on commodification than accommodation.”

But it’s all good. Better late than never. Here is what we can all do now, together with you, to fix this problem. Working with your new city planner Gil Kelley I hope you will soon announce your intention to put your words into bold action, in the form of a new city plan. Set a timeline of no more than two years to get it done. Work citywide with neighbourhood people, out of respect, and because that’s the only way it will fly. 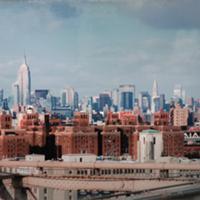 Please resist the temptation to call long-time residents “angry old white men” again, as you did in the past. Trust me, becoming an angry old white man will happen to you soon, if it has not already. Please honour the people of Vancouver for having good intentions. They do. Most share your heartbreak when you say you ponder your children’s future and discover you are not “sure they will be able to move back when they want to.”

Believe me, the way to not get it done is to avoid that conversation. If you avoid that conversation and just assume that the forces of “NIMBY” will oppose you, I can assure you they will. Absent the transparency of a citywide plan process, citizens’ suspicions, so easily aroused and so often justified during your eight years in office, will thwart your best intentions.

To your advantage is the fact that everyone in this city shares this sense of crisis and feels the pain of this “failing city.” We are on track, as you yourself now suggest, to become nothing more than a tourist destination and a retirement home.

Yes we can figure out how the over 100,000 individual parcels in this city can be adapted to the needs and incomes of our kids and grandkids.

What it takes, and what has been lacking, is faith in the “polis” — the person-to-person collective conversation which is the very beating heart of democracy.

That’s right, crafting a citywide plan is not only possible, and not only crucial — it’s also simply good politics.

Interested in solutions for making housing affordable in Vancouver and beyond? Check out The Housing Fix.