Unaffordability is in the eye of the beholder. For those of us not fortunate enough to own a house in a global city such as Vancouver, but choose to live and work here anyway, it is a constant oppressive force. If you are too young, too newly arrived or too late to buy in before home prices exploded, unaffordability poses an exhausting series of questions on life’s horizon: Do I belong in this city? Will I ever be able to set down roots? What if rent finally gets too high for me stay? Where will I go then?

But if you belong to the community of wealthy elites that also gravitate to these cities, unaffordability means something else entirely. Insanely high real estate costs don’t dissuade the extremely rich from buying homes in places like Sydney, London and Vancouver. High prices make owning a house there more desirable. They confer social status. And if, like many members of this elite, you own several homes — one as a place to live in and the others as investments or safe havens for your wealth — you want home prices to keep going up. They are, after all, making you even wealthier.

The size and influence of this group has grown rapidly over the past decade or so. From 2005 to 2016, the number of millionaires worldwide rose from 8.7 million to 13 million. The number of people worth $30 million or more — known as UHNWIs, or “ultra high net worth individuals” — grew over 60 per cent during the same time frame, according to Knight Frank, a London-based real estate consultancy that has many UHNWI clients. These elites control such staggeringly high levels of wealth that their investment decisions are now a major driver of the global economy.

“If you have an understanding of where the wealthy are putting their money... you can potentially glean insight into how investment trends in the future will pan out for a broader range of people,” said Liam Bailey, global head of research at Knight Frank. Right now, elites are pouring money into real estate. And that is why in cities like Vancouver, Bailey added, “you are seeing governments and local authorities trying to manage the impacts of wealth flows on local market affordability.”

This is a relatively recent phenomenon. The first major financial organization to begin tracking it was Citigroup. In 2005, it coined the term “plutonomy” to describe the rapidly widening wealth divide in the U.S., U.K. and Canada. In such countries, Citigroup argued in a series of now famous reports, “there are rich consumers, few in number, but disproportionate in the gigantic slice of income and consumption they take.” And then, it added, “there are the rest, the ‘non-rich,’ the multitudinous many, but only accounting for surprisingly small bites of the national pie.”

Citi advised investors to focus on “rich consumers” instead of the “multitudinous many.” It predicted that these elites would be an increasingly important driver of economic growth. Knight Frank agreed, and in 2007 launched a Wealth Report focused specifically on real estate, observing that “there has been an unparalleled growth of significant personal wealth in recent years.”

Then the financial crisis hit. “At first it seemed as if subsequent editions would be focusing on wealth diminution rather than creation, but that proved not to be the case,” Knight Frank reported.

Not only did income inequality continue to grow in the U.S., U.K. and Canada. The rapid spread of globalized trade and digital technology was also helping to create massive wealth divides in such emerging economies as China, Russia and India. In 2005, there were 116,800 “ultra high net worth individuals” across the world. By 2016, it had grown to 187,500 people. Together this group now controls roughly $20 trillion in wealth. It’s more than the 500 largest U.S. corporations combined.

Over the past decade these elites have invested more and more of their wealth in property. But they tend to cluster in the same cosmopolitan cities. London attracts wealth from Russia and the Middle East, for instance, whereas wealth from China has flowed to Pacific Rim cities. Such places have seen property prices hit record levels. In its 2016 Wealth Report, Knight Frank pointed to Vancouver as a particularly striking example. “A lack of supply, coupled with foreign demand, spurred on by a weaker Canadian dollar explain the city’s stellar performance,” it explained.

Sky-high prices are not a hindrance to the global elite. They can actually make buying real estate more desirable. For the very rich, centrally located property in a globally recognizable city is a “Giffen good” — that is, a luxury product that becomes more coveted the harder it is to acquire. “Supply does not rise and demand does not fall significantly in reaction to higher prices,” Knight Frank noted. 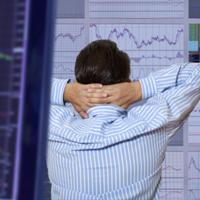 Contemporary art is one example. And at a time when unaffordability in Vancouver is up 123 per cent, so are the city’s residential properties. The CEO of the investment firm BlackRock has said that “apartments in Vancouver” are more coveted by global elites than gold.

That doesn’t mean that these elites necessarily want to live in the homes they buy. In its 2016 Wealth Report, Knight Frank surveyed 400 top investors and financial advisors — people who as a group oversee the assets of 45,000 ultra-wealthy people. “Asked what factors had been growing in importance as a reason for [their wealthy clients] to buy residential property,” it observed, “the most popular (55 per cent of respondents) was as an investment to sell in the future.” Knight Frank continued, “Investment diversification (46 per cent) and as a safe haven for funds (47 per cent) also scored highly.”

There’s no firm consensus on the impact wealthy global elites have on housing affordability. After years of downplaying the number of international investors in Vancouver’s real estate market, the B.C. government now claims that its 15 per cent tax on foreign buyers has dampened prices. Yet to people like Evan Siddall, the CEO of the Canada Mortgage and Housing Corporation, those buyers never had much influence to begin with. “The evidence tells us that the origin of investor activity in Canadian real estate is primarily domestic,” he has argued. Knight Frank’s Bailey noted London is having a similar debate. “It’s quite a complex issue,” he said.

But the fact that empty homes in Vancouver increased 15 per cent between 2011 and 2016 is much harder to dispute. “Speculation is one of our prime suspects,” said Simon Fraser University’s Andy Yan.

They’re also at record levels in New York and London. Knight Frank suggested a reason why in its 2016 Wealth Report: “Over the past decade, prices in prime markets have been pushed higher by low interest rates. But it has been the weight of money from wealthy investors looking to secure assets in leading world economic hubs that has propelled markets to record levels.”

Which means Vancouver’s unaffordability crisis is not just a local issue. In many ways it’s a symptom of global inequality. We now live within an economic system that values wealthy elites more than regular people. Those elites may or may not be directly responsible for skyrocketing housing prices here and in other global cities across the world. But they’re the ones who benefit the most from unaffordability. And a society that uncritically caters to their desires has little incentive to fix it.