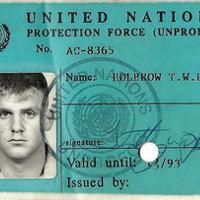 For Vets with PTSD, Finding Help Can Be a Fight

"I do not think we had any idea the scale and scope of what the impact would be. I truly do not. This is beyond a medical issue. I think many of our young men and women have lost confidence in our country to support them."

And why would they not, given the callousness of the Harper government? In the past decade Conservatives closed offices, cut 900 jobs, clawed back benefits, killed lifetime pensions for Afghanistan veterans, and failed to spend $1.13 billion of the Veterans Affairs budget but found money to increase advertising and ceremonies for politicians to honour veterans.

Here are seven ways the Harper government has waged war on its own veterans.

On April 6, 2006, the Conservative government enacted the New Veterans Charter, which represented the greatest change to veteran care since the Second World War. While the bill was conceived and passed by the previous Liberal government, Harper championed the policy shift even after it came to light it was failing veterans.* It erased the obligation for Canada to care for injured veterans and their families and replaced life-long monthly pain-suffering payments (in place since the First World War) with a lump sum payment.

By removing the right to a pension, injured and disabled veterans lost between 30 and 90 per cent of their entitlements, and even those payments and benefits were subject to claw back.

Lump sum payments for permanently disabled soldiers have proven so meagre that, as Veterans ombudsman Pat Strogan put it, "Deputy ministers make more on average in one year than a person who loses two legs in Afghanistan can expect to be paid out for the rest of their life."

When veterans took the Conservative government to court, the government spent $700,000 to declare it was under no obligation to provide veterans with any special treatment.

Financial Post editor Matt Gurney summed up Harper's intent, calling the one-time cheques "almost an act of cruelty" that leave injured veterans of recent operations "measurably worse off than they would have been under the old system."

But Harper turned a cold shoulder to veterans like Kevin Berry, who pleaded, "We are left with our wounds, our scars, and the realization that our government has turned its back on us. You have forgotten."

Despite numerous reports of service failures and lack of support for veterans, the Harper government shut down nine Veterans Affairs offices to save $3.78 million and the same year increased its advertising budget by more than $4 million to buy playoff hockey ads.

The shutdowns laid off 89 employees, leaving eight workers to cover 17,000 veterans. In Sydney, Nova Scotia, one person was to do the work of 13 employees who had handled 4,200 clients.

Last year, then minister of veteran affairs Julian Fantino was forced to apologize to a delegation of veterans after he showed up late to a scheduled meeting about the cuts, got in an argument and left. He blamed unions. Veterans called for his resignation, and Fantino was later demoted by Harper.

Given the same Harper government has "billions to spend on tax cuts and other benefits," a Globe and Mail headline asked the obvious question: "Why do the Conservatives treat veterans so poorly?"

"Damning," the National Post called the report, noting the percentage of returned soldiers with mental health issues had increased six-fold between 2002 and 2014. "One statistic that jumped from the report was a 24 per cent refusal rate for veterans applying for disability benefits. That means 3,684 soldiers who believed they needed benefits to deal with mental health issues were refused on first application. After appeals, 2,841 potentially disturbed veterans have been cast adrift -- they are not tracked by Veterans Affairs and nobody knows whether they are a danger to themselves or anyone else."

The Conservative government, knowing the report was coming, played misleading defence. It announced it would inject $200 million into the system over six years for mental health services -- only later admitting the money was not over six years but over half a century.

The Harper government launched the largest cuts to staff at Veterans Affairs in history. When they were finished, nearly 900 jobs or about one-quarter of the staff had been cut, with some of the biggest cuts coming in the disability awards branch.

Senior Veterans Affairs managers have warned every year since 2009 that the department needed more to meet the needs of its clients, but the government continued to slash staff and failed to spend millions of dollars allocated to help veterans.

Not a single Conservative MP stood up for veterans, rejecting a motion to cease cuts at Veterans Affairs. Result: a backlog of six to eight months in providing some care to veterans.

The cuts are killing morale within Veterans Affairs, according to a Statistics Canada report, staff saying the quality of their work has suffered has more than doubled since 2008.

Meanwhile, the government paid out more than $500,000 in bonuses over two years to Veteran Affairs managers as a reward to cutting budgets.

"We are right now, as a department, failing veterans," said Cam Cannon Jr., president, Local 80041 of the Union of Veterans Affairs Employees. "We are not doing what we've been mandated to do. Our department has been systematically disembodied limb by limb. Ten-person jobs are being done by two people."

Don't think Minister O'Toole isn't well aware of this grim reality. Internal reports warned him "that hundreds of injured veterans were being forced to wait more than four months to hear whether they qualified for disability benefits as the applications were being processed slower than the previous year," reported the Ottawa Citizen in July.

But so far real action by the Harper government has been more mirage than reality. Just before calling this election, it announced 61 new jobs at the veterans headquarters in Charlottetown -- while failing to note it had previously cut 300 jobs at the centre and closed the office in Prince Edward Island.

5. More than $1 billion not spent by ministry to help veterans

While veterans struggled to get claims accepted, live on lump-sum payments and get services they desperately needed, senior bureaucrats hoarded millions of dollars allocated for veterans, returning to general revenue $1.13 billion between 2006 and 2014.

For nearly a decade the Conservative government clawed back hundreds of millions of dollars from the budget of Veterans Affairs, money critics say should have gone to help veterans. The Veteran Affairs minister prepared a regular public report showing how the money for the ministry was spent with details about claims and support. In 2008 the Conservative government announced the report would continue, but the public would be barred from seeing it.

The Conservative government spent $750,000 in legal fees fighting to keep in place a government policy that clawed back millions of dollars annually from more than 4,000 disabled veterans and their families. The government lost and the judge awarded $34 million in legal costs -- which was deducted from the money owed to veterans by Ottawa.

For decades federal governments clawed back the existing payments to veterans if they were given a disability award. The practice was condemned by the ombudsperson, the senate and a motion in the House of Commons, but the government refused to act. Finally, the court ruled that the veterans were right and the government was wrong.

Judge Robert Barnes found the claw-backs "create a particularly harsh effect on the most seriously disabled Canadian Forces members... and I reject it unreservedly."

How much money was taken from veterans? The compensation package for past losses was negotiated at $887 million, including more than $80 million in interest. The government extended the legal settlement to an additional 2,500 veterans and their families at a cost of $177 million over the next five years.

7. Silencing and smearing veterans who criticize

When Sean Bruyea spoke out against legislation to strip veterans of life-time pensions, he never imagined the government would try and smear his reputation using his own medical records. The Harper government was later forced to apologize for its actions -- just one example of the government's attempts to silence and discredit veterans standing up for their rights.

As Bruyea explained, many others who might challenge the department remained quiet because of the power the ministry had to curtail benefits.

Bruyea paid that price personally, as reported in 2013. "His medical and financial details had been circulated after he criticized the New Veterans Charter. In the minutes of a [Veterans Affairs Canada] conference call, a senior veterans official said, 'It's time to take the gloves off.'"

Privacy commissioner Jennifer Stoddart ruled that Bruyea's case was "alarming" and the treatment of his personal information "entirely inappropriate." The veteran's sensitive medical and personal information was shared -- seemingly with no controls -- among departmental officials who had no legitimate need to see it.

But that hasn't stopped the Harper government from vaguely threatening wounded vets who might speak out. Wounded soldiers were required to sign a form giving their agreement not to criticize senior officers on social media. The form was leaked by members of the military who saw it as a way of preventing them from making the case that the New Veterans Charter was not working.

The Harper government's supposed rationale was as insulting as it was shameless. The form, explained a government representative to author Harris, was for the "protection" of the individuals because when they are suffering from mental health issues, they might say things they want to take back later.

As veterans, we answered the call from our country to serve. We went abroad to serve our country and we expected, if we were fortunate enough to come home, that we would be given the support we need to survive. In too many cases this has not happened. We believe that Canadians support their veterans and are also angered by the disrespect shown by the Harper Conservatives over the past 10 years.

Our group, of veterans and supporters, is asking all Canadians to support our campaign -- Anyone But Conservatives -- and on Oct. 19 vote to defeat Harper's Conservative government.