[Editor's note: This is the third of The Tyee's Inspiring Ideas for 2013 series, running weekdays through Jan. 1 and collected here.]

2013 is a great year to be a Canadian voter. Normally I wouldn't say that, halfway between two federal elections. But I think we might look back on this year and see a turning point, a moment when we started to get our democracy back on track. Because whether you identify as a progressive, a conservative, an anarchist, or a Jedi Knight, we've been handed a golden opportunity to shape the outcome of the 2015 election. Yes, I'm talking about the Liberal Party of Canada's leadership race. 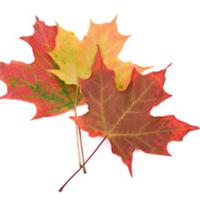 Is Cooperation Among Opposition Parties Dead?

If you're not a Liberal supporter and couldn't care less who they send next into the Conservative shredder, please keep reading this article. You're the most important person in this fascinating experiment in democracy.

Here's the deal: In an unprecedented move, the Liberals have left voting in their internal race open to any Canadian citizen who's not a member of another federal political party. According to the new party constitution adopted last January, anyone who signs up online as a "supporter" of the Liberal Party is promised a voting package for this spring.

Take a minute to think about the implications. For once it's not just due-paying partisan hacks who get to pick a party leader; it's you and me and any unaffiliated voter we can help through the online signup. We need to make this count.

Let's be totally clear: I've never identified as a big-L Liberal. Clearly, the majority of us don't -- in fact, most Canadians aren't members of any political party. But most of us also believe it's time for Stephen Harper to hand off the keys to 24 Sussex. And most importantly, past polls have suggested the majority of us favour cooperation. That is, we believe that for real change to happen, the opposition parties need to get their act together, drop the bickering, and figure out some mechanism to complement -- rather than cancel out -- each others' efforts. Otherwise, there's a good chance we will all lose. Again.

Do you remember the poll that came out when Justin Trudeau first threw his hat into the ring? (Not that he wears hats -- they would mess up his hair.) The "Trudeau Effect," as it has been dubbed, was considered so strong that if the party would just hurry up with the coronation, he could win a Liberal majority government. This scenario, unfortunately, is a fantasy.

It's a fantasy precisely because it's shared by NDP leader Tom Mulcair, who seems to believe that from his gossamer Quebec fortress, with no-longer-teenage MPs at his back, he too can sally forth, capture the hearts of rugged Westerners and Golden Horseshoe suburbanites alike, then gallop roughshod over the Liberals and Conservatives to victory.

These twin fantasies also depend on voters ignoring the next two years of relentless character assassination currently being planned by Conservative operatives -- never mind the impact of 30 new ridings in Tory-friendly suburbs, plus whatever delightful voter-suppression tactics may or may not be in store for 2015. The CPC team is better funded (albeit sometimes shiftily), better organized, and collects better data than anyone else. They plan ahead, they know the game and they know the rules inside out -- that's how they know which ones to break, or change.

The reason we're in this situation is largely because of our first-past-the-post electoral system. That's going to have to be revised if we want every Canadian's vote to count some time in the future. But for now we're stuck with the rules we have, so if we want to win, rhetoric about hope and change is going to have to make way for mathematics.

To recap, the Liberals are holding a leadership race, and us 23 million unaffiliated voters get to shop for who we want leading the party into the next election.

I say the person we elect as Liberal leader needs to be the person who most strongly commits to cooperating with other parties: first, to turf Harper, and second, to get everyone's input in crafting a new electoral system that's fair to all Canadians.

We can force that discussion to happen, because we vastly outnumber the registered Liberal Party members who will be voting. We can offer a very tempting carrot -- and a sharp stick -- to any candidate willing to look beyond the Liberal rank-and-file and speak more broadly to Canadians. We can persuade them to make promises they'll have a hard time breaking. But first, we have to sign up in droves.

To be eligible to vote in the Liberal leadership race, you need to register online as a "supporter" before March 3. The whole thing takes under a minute. I did it. I admit, it was weird. You might feel a bit queasy. But sometimes you have to go outside your comfort zone to get things done. And what we need to do is fix our democracy. This is the first step.