Now that Tom Mulcair is leader of the NDP, what happens to the proposal for cooperation among the opposition parties? 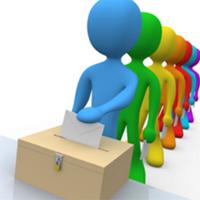 The Case Against an NDP, Liberal, Green Coalition

The idea is not dead, because the logic of the single member constituency electoral system punishes parties that fail to coordinate when they compete for the same space on the ideological spectrum.

That said, the NDP strategy under Mulcair is to expand the NDP rather than build alliances (quiet discussion among the leaders, behind closed doors, may still happen). The NDP will try and occupy the space historically occupied by the Liberals. And Bob Rae is not a good person to win that space back: his credentials are that he managed one of the worst provincial NDP governments ever.

If the Tory government continues to govern as if it has the support of a majority of the electorate, it is possible that this will generate enough backlash to enable the NDP to win a majority government in 2015. But that is not likely as long as the economy is in reasonably good shape. The robocalls scandal is a wild card, but so far has not done major damage. Even if the NDP and Liberals do not agree on any formal cooperation, however, they have to think in terms of how they might govern together as a coalition. These are the issue that partisans should be worrying about. But let's look at the situation through less partisan lenses.

Nathan Cullen mounted an impressive leadership bid based on the idea of being less partisan. Both Cullen and Mulcair represented a change in the NDP -- and shift away from the party establishment represented by candidates like Brian Topp or Peggy Nash. But there the similarity ends. Mulcair will expand the base of the party and thereby give it a less clearly defined social democratic identity. Social democrats have never won by sticking with their core constituency -- they have to expand beyond organized labour and encompass a broader swath of the middle class. That was the process begun by Jack Layton, and it will continue with Mulcair. It is not about rhetoric or even policy so much as who the party wants to represent. It wants to represent the centre as well as the left.

Cullen wanted a broad progressive movement too. He called for cooperation to select join candidates. Much of the appeal of Cullen's thinking was that it was new and refreshingly less adversarial. Mulcair may try and avoid getting nasty with the Tories, but he is adversarial by nature. A big danger is that he will try to whip the NDP into a more disciplined machine -- something that operates a little bit more like the Tories under Harper. That would be too bad because the last thing Canadian policies needs is more party discipline, more sheep in the House of Commons, fewer free-thinking and independent MPs.

The call for cooperation among opposition parties is a call for democratic renewal based on the need for electoral reform. The fact that Cullen was defeated could put these issues on the backburner, but they are not going to go away.

The truth is political parties are part of the problem in Canadian politics. Some degree of party discipline is good, but too much undermines the deliberative quality of the legislature and weakens the connections between MPs and their constituents.

Mulcair needs to recognize that Canadian politics need to be overhauled. This means putting more power in the hands of riding associations, and giving more power to the ordinary member of parliament. Mulcair noted during the campaign that each region of Canada has its own issues and the national campaign has to be attuned to local issues. He should not forget this now that he is the leader.

Canadian parties need to be more democratic. The NDP convention was a good (if glitchy) exercise in democracy, but the way that party operates between conventions is not very democratic. The level of turnout in voting for the NDP leadership should also worry the party brass. More has to be done to engage members and especially youth.

One of the nice features of Cullen's proposal for cooperation is that it would have given the riding associations a bigger role in deciding how to approach the next election. Even if cooperation is not immediately on the table, the NDP should involve riding associations in thinking about the strategic dilemma imposed on opposition parties in our electoral system. Convening joint meetings between Liberal, Green and NDP riding associations or groups of members and leaders could help ensure that the hyper-partisanship on the right is not matched by similar negativity in the centre and left.