“This is not about racism. This is about not showing up. Jagmeet Singh hasn’t shown up in New Brunswick once. Leaders don’t ignore any part of the country and their own people.”

Those words belong to Green Party Leader Elizabeth May, who has found herself under attack this week after the reported defection of 14 members from the NDP to the Green party in New Brunswick.

The number of actual defectors turns out to be smaller than the media first reported. NDP Leader Jagmeet Singh said May “has a lot to answer for.”

Two New Democrats who refute the reports they are bailing said they merely opened themselves to a discussion of the two parties merging, but never signed any intent to become Greens.

The CBC has confirmed that five of the 14 New Democrat former provincial candidates the Greens said joined them in fact decided to stay put.

Some say they were shocked to be included among the defectors announced on Tuesday by Jonathan Richardson, the federal NDP’s executive member for Atlantic Canada, who also jumped to the Greens.

“We are disappointed that our names were added to this letter without our consent,” said a statement from four non-defectors. “We were proud to represent the New Brunswick NDP in the last election as candidates, and continue to be proud to support the NB NDP — both provincially and federally.”

The controversy broke out this week when Richardson responded to a reporter’s question and agreed that Singh’s race was a reason some people would not support the NDP in New Brunswick. Singh said such racism in Atlantic Canada is “not my experience.”

Now the Green party’s national “rapid response” team — the war room set up by controversial consultant Warren Kinsella — is engaged in the battle.

And the party is making claims that not only contradict the NDP’s assertions but level accusations of its own.

‘We didn’t go after anyone’

The Tyee spoke to Marco Morency, the executive director of the Green party in New Brunswick, who confirmed that he has been in touch with the national rapid response team in Ottawa.

Morency also said that he has membership forms from nine of the candidates. The Greens say they have contacted those nine people and all of them are staying with their new party. The party has been unable to reach the other five.

Elizabeth May added, “The NDP strong-armed, bullied and frightened some of these people. Some of them are now afraid to answer their telephones.”

Melanie Richer, communications director for the NDP, told The Tyee the allegation that the NDP pressured anyone isn’t true. “Most people we spoke to told us they were shocked and angered that their name appeared on a list without their consent. It's troubling that instead of admitting their mistake and apologizing to these people, the Greens are continuing to push false information.”

The Declaration of Support, laying out the reasons why the disenchanted NDP members decided to move to the Greens, was prepared by the defecting NDP members, not the Green party. The eight stated reasons for the move included:

“The 2018 NB provincial election saw the support of the NB NDP fall to a record low, in which the party was unable to recover, nor form quorum for the last provincial council, nor bring in a new provincial leader.”

“The federal NDP has yet to bring forth any candidates in NB for the 2019 federal election and the federal leader, Jagmeet Singh, has not visited New Brunswick since elected leader.”

“The Green Party of Canada has taken interest in our province and their leader, Elizabeth May, has visited New Brunswick a significant amount of times.”

May has visited New Brunswick three times since Singh replaced Thomas Mulcair in 2017. New Brunswickers await their first visit from the NDP leader. May levels this barb:

“I have visited the province several times since Jagmeet has been leader. I had the responsibilities of an MP, and an MP from British Columbia at that. While I was doing that, he was in Ontario — for most of the time without seat. My question to him is this: What was more important than visiting New Brunswick at least once after you became leader?”

There was no reference in the document to race-based concerns.

‘I have nothing to explain’: May 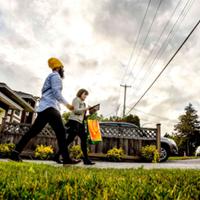 Jagmeet Singh Lays It on the Line

Jagmeet Singh and the NDP have been languishing in the polls and lagging behind other parties in fundraising. The last time the party elected a member in New Brunswick was 2005. The defections were a serious blow to an already struggling party that doesn’t have the money to charter a plane for the leader during the election.

May said she is saddened by the bad blood between the two parties, and that she was surprised that she has been personally attacked by the NDP leader. She said she didn’t know or meet with any of the NDP defectors. The decision to change parties was a made-in-New Brunswick phenomenon.

The Green party didn’t run a candidate in Burnaby South as a courtesy to Singh as a party leader, when he won his seat in parliament in 2019. 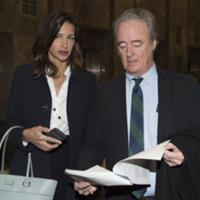 Why Greens Hired a Fighter, Warren Kinsella, to ‘Protect’ Elizabeth May

Richardson said he believes Singh is a poor choice of leader because, “There is an undertone of racism that exists in this country and that’s just inevitable."

NDP MP Charlie Angus tweeted, “The fact that some N.B. NDP jumped ship because they wouldn’t run under a progressive leader who comes from another religion is sickening.”

Singh himself said of May, “She’s taking in candidates that have kind of openly expressed their concern around someone looking differently and that being a challenge. If she is accepting people that are suggesting things that are not accepting of people’s diversity, then the Green party has a lot to answer for.”

May has fired back. “I have nothing to explain. I condemn race-based votes. But it isn’t fair to say anyone who finds fault with Jagmeet Singh is a racist. None of the people who moved from the NDP to the Green party did so for race-based reasons. They were just tired of being ignored. Jagmeet should stop strong-arming his own people and get down to New Brunswick and pay attention to them.”

Of the remaining defectors to the Green party, all but one had run for the NDP in the 2018 provincial election. In that election, won by the Conservatives by a single seat, the Greens won three seats and the NDP was shut out.

The Tyee contacted Richardson for a comment on the defection controversy. As of this writing he has not responded.