After decades of discussion, and with four months to go until the federal election, the Liberal government has a report that points the way towards creating a national pharmacare system.

“It’s actually gone further than I expected, and it’s more progressive than I thought,” said University of Victoria drug policy researcher Alan Cassels. “For people who’ve been studying this, it’s an exciting development.”

In the 2018 federal budget the government created a council chaired by former Ontario health minister Eric Hoskins to consult stakeholders and recommend how to move towards a national drug plan. At the time, federal Finance Minister Bill Morneau said the plan was to fill the gaps in coverage, but not throw out the current system. That system varies by province.

But in its report released Wednesday, A Prescription for Canada: Achieving Pharmacare for All, the council called for a complete remake to replace the “patchwork” that now exists.

“This is not a gap filler,” said Cassels. “This is the whole meal deal.”

Canadians spent $34 billion on prescription drugs in 2018, more than we spent on doctors and higher per capita than almost any other industrialized country with a universal health-care system.

And yet drug affordability is a persistent problem, the report found.

It also costs the health-care system billions to pay for extra visits to physicians and hospitals when people are unable to afford the drugs they’ve been prescribed and become sicker.

What did the council recommend?

The report includes 60 recommendations towards creating a national pharmacare system based on the same principles as the health-care system. The program would be universal, comprehensive, accessible, portable and public.

It would begin with the creation of a Canadian drug agency that would be “an arm’s-length organization... governed collaboratively by the federal, provincial and territorial governments and would have patient representation on the board.”

The agency would create a list of drugs to be covered based on both how well they work and whether they offer good value for money. It would begin with “a carefully chosen list of essential medicines covering most major conditions and representing about half of all prescriptions” that would be in place by the start of 2022.

It would also begin working towards covering expensive drugs for rare diseases. “The full, comprehensive national formulary would be in place no later than Jan. 1, 2027,” the report said.

What will it cost and who will pay?

The council estimated the program would cost the government $3.5 billion in 2022, rising to $15.3 billion when fully in place in 2027. But that would still represent savings both in total spending and for individuals and families.

“National pharmacare will save money as lower prices are negotiated for more drugs and as other cost-saving strategies are implemented,” the report said. Once fully implemented, total spending on prescription drugs would be $5 billion lower than it would be without the program.

Despite expressing reservations, the council recommended copayments of $2 for essential medicines and $5 for all other drugs. “People receiving social assistance, government disability benefits or the federal Guaranteed Income Supplement benefit would all be exempt from copayments, and no person or household would pay more than $100 per year.”

Individual Canadians would save an average $350 per year, it said. “With those savings will come the comfort of knowing you and your loved ones will have access to the medicines you need.”

Where do the parties stand?

Prime Minister Justin Trudeau said the Liberals are committed to implementing the plan. “This report is an important step to lay the foundation of a national pharmacare program for us,” he said in the House of Commons. “We recognize that Canadians should never have to make the impossible choice between paying for their medications or putting food on the table.”

Conservatives criticized the cost of the program and said it would lead to tax increases. Leader Andrew Scheer was quoted saying “Justin Trudeau hired someone from a disastrous provincial Liberal government that spent Ontario into the ground with unsustainable rates of spending growth.... You will excuse me if I have zero confidence in their ability to manage this.” 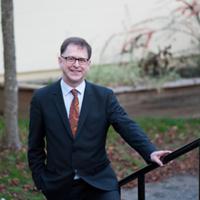 Show Me the Money, Dix Says on Ottawa’s Pharmacare Promise

The NDP, which has long advocated for national pharmacare, welcomed the plan. “People throughout the country are having a hard time paying for their medication,” Leader Jagmeet Singh said in a statement. “Dr. Hoskins and the advisory council have come to the same conclusion as every other expert panel and study done on the subject: prescription drug coverage should be integrated into our public health-care system to cover everyone.”

The Green Party included an $11-billion national pharmacare plan in its 2015 campaign platform.

What could stop it?

The Liberals have been in government for four years and are only moving ahead on pharmacare with four months left until the Oct. 21 election. Implementation will, at best, have just begun and could easily be halted if there is a change in government. Expect to hear more from all the parties about what they would do.

The NDP is questioning whether Trudeau has the stomach to see the plan through. “Will the Liberals continue to stand with Big Pharma and the insurance lobby, or will they stand with Canadians and the NDP to finally implement a promise they abandoned over 20 years ago?”

It’s true powerful interests that stand to lose money if the plan goes ahead will line up against it. 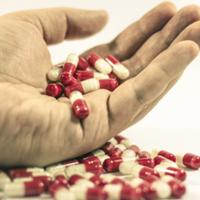 And ultimately it will be up to provincial and territorial governments, where Trudeau and the Liberals have few friends these days, to decide if they want to opt in to the plan.

But as the report points out, that’s the same approach that was successfully taken more than 50 years ago when universal health care was first introduced. Some provinces took longer than others, but eventually they all joined the program.

National pharmacare will succeed if people see it as part of what it means to be Canadian, the report said. “Looking out for one another, supporting neighbours and communities through tough times and treating each other with fairness.”

And with the recommendation that the federal government pay the incremental costs of expanding coverage, along with strong public demand for the program, there will be incentive for provincial and territorial governments to get on board.