British Columbia Health Minister Adrian Dix welcomed the federal government’s support for national pharmacare in last week’s budget, but said it needs to be backed up with funding.

“It was always part of the dream of medicare to cover prescription drugs and it would be important for equality and important for health care to do so,” Dix said in an interview. “The problem is coverage and the way the federal government can affect that is to actually come to the table, not just with new appointments and with committees, but with dollars, as we did in our budget.”

As part of last week’s federal budget the Canadian government created a council chaired by former Ontario health minister Eric Hoskins to consult stakeholders and recommend how to move towards a national drug plan.

Following the release of the budget, federal Finance Minister Bill Morneau gave a speech at the Economic Club of Canada in Ottawa where he said the plan is to fill the gaps in coverage, but not throw out the current system. That system varies by province.

“Dr. Hoskins knows that the federal government currently contributes essentially nothing to pharmacare plans across the provinces,” Dix said, adding provinces spend about $13 billion a year on drugs. “Part of leadership is coming to the table with full hands and having those discussions.”

Earlier in February, British Columbia’s budget included money to eliminate or reduce the deductibles — the amount people have to pay for drugs before government funding kicks in — for some 240,000 families. When the change goes into effect next January, families earning under $45,000 will pay less for drugs.

“The deductibles is a pretty big change,” said Michael Law, Canada Research Chair in Access to Medicines at the University of British Columbia in a February interview. “It’s going to have a substantial impact for people who need prescription drugs who are at lower income levels in the province. This is an evidence-based decision that’s a real positive.”

The income thresholds for the deductibles hadn’t changed since 2003 when Fair PharmaCare was introduced, making no allowance for inflation, he said.

Law’s research, using figures from Statistics Canada, showed some 23 per cent of people who made less than $40,000 a year reported they’d been unable to afford one or more drugs they were prescribed in the past year. That was the highest rate of non-adherence of any income group.

B.C. had a higher rate than other provinces of people who couldn’t afford the drugs they’d been prescribed, something Law attributed to both the deductibles and the higher cost of living in the province. 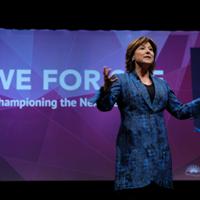 “We’re not waiting for Dr. Hoskins or Mr. Morneau to take action, we’re taking action now,” Dix said. “The evidence showed that at the deductible points, where the deductibles went up, there was a dramatic non-adherence. In other words, people couldn’t afford their drugs.”

Provincial governments pay about 40 per cent of the total amount spent on drugs in Canada, the private insurance plans mainly held by higher paid workers pay about the same, and the rest is paid by individuals, Dix said. “The people who are most vulnerable in that are working people.”

The change on deductibles was “the most progressive thing on pharmacare in any provincial jurisdiction in recent memory,” Dix said. “We contrast a little bit that action to the [federal] decision not to put any new money in it and to set up a commission. That said we’re not going to be negative about it.”

A national plan would allow the federal government to use its purchasing power to get better prices on drugs, Dix said. “It allows you to be more efficient.”

It would also help address the high cost of drugs for rare diseases, many of which are currently under development, he said.

“B.C. has been a leader on these questions and we expect to be a leader on this debate,” he said. “We’re delighted the federal government is at least, by setting up the committee, expressing some interest as well.”