The NDP government’s margin in the British Columbia legislature increased Friday when the assembly acclaimed BC Liberal MLA Darryl Plecas to be Speaker.

While the NDP and BC Green Party welcomed Plecas taking the role, interim Liberal leader Rich Coleman called it a betrayal and said Plecas had lied to him.

“It’s a betrayal, we all know that,” Coleman said in a legislature hallway. “We also know that he wasn’t honest with me. That’s very clear. When somebody doesn’t tell you the truth, it’s pretty tough to manage an issue. It’s actually impossible.”

An early statement from the party said Plecas had been removed from the BC Liberal caucus. The statement was later revised to remove the line about his removal.

“Effectively he’s left the caucus,” Coleman said. “Basically when you tell your colleagues you’re not going to do something, they take you at your word, you break your word, you go do it, become the speaker, you de facto went and joined the NDP.”

Asked if he would have respect for the speaker, Coleman said, “I’ll respect the chair. I don’t have to respect him.”

Coleman said there may be interest in recalling Plecas, but that process can’t start until 18 months after the election. “It’s a year from now, so you’re not really in that space right now. I suspect somebody might, but who knows.”

After being “dragged” to the Speaker’s chair in accordance with parliamentary tradition, Plecas pledged to uphold the office. “I will endeavour at all times to carry out my duties with fairness and integrity,” he told fellow MLAs.

But he was unavailable to talk to reporters. His office initially said he speak with the media at 12:30, but later sent a message from Plecas saying, “Upon reflection I will not be available for interviews today.”

In the May election, the BC Liberals won 43 seats, the NDP 41 and the Greens 3. The NDP and Greens agreed in June to use their combined numbers to defeat the Liberals. 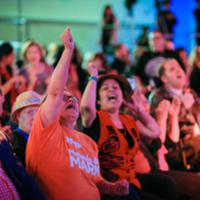 With Plecas becoming speaker and former Liberal leader Christy Clark resigning, the NDP and Greens will have 44 votes in the legislature to the Liberals’ 41. A by-election to replace Clark has to be called within six months of her August resignation.

NDP Premier John Horgan congratulated Plecas in the legislature. “The people in their wisdom sent an equal number of members from two political parties and a third party to support the work of the great province that we happen to be living in,” he said. “I am so delighted that you’ve taken up the challenge of keeping us honest, keeping us fair and keeping us on course.”

He added, “I can’t tell you how happy I am to look forward to working with you over the next number of years to make B.C. better.”

Green leader Andrew Weaver said in an emailed statement that he was delighted Plecas had been declared Speaker. “Darryl is known by his colleagues in the legislature as a person of exceptional ethics and high moral standards,” he said. “He will undoubtedly serve with dignity and honour as Speaker of this House.”

Plecas standing for Speaker was an encouraging sign that MLAs from all the parties would be able to work together, Weaver said.