Paul Doroshenko’s first political volunteer job was sawing stakes and putting out signs for Gordon Campbell in 2001. From there the lawyer moved to the phones, ringing up people to urge them to vote BC Liberal. A grateful party appointed their keener to be a scrutineer at polling stations on Election Day.

In all Doroshenko worked on three election campaigns with BC Liberals. He was so dedicated, as he recently tweeted, he’d pound campaign signs in the ground “Often in the pouring rain. In my suit on the way to court.”

Not anymore. In March, Doroshenko and fellow lawyer David Fai filed a notice of claim in B.C. Supreme Court against the BC Liberal Party and provincial government for breach of trust for its use of tax money for advertisements.

The pair allege about $15 million was used improperly on advertisements supposedly on behalf of the B.C. government but actually intended to make the party look good.

The Tyee spoke to Doroshenko about his 180 of the heart.

The Tyee: You were a BC Liberal supporter in the past but now you’re challenging the government fairly aggressively. What’s changed for you?

Doroshenko: “Lots of things. I guess the main thing is pay-to-play. That started when I was a Campbell supporter. We were at a Christmas party one year and shortly before or after Gordon spoke someone else spoke and announced they had created Club 300. They announced it as a great new thing: ‘You’ll get invited to all these extra things if you donate $300 a year.’ And I didn’t like it. I thought, ‘This is offensive. You shouldn’t have to pay for access.’ Now we look and we see paying for access. People are paying thousands of dollars [to the BC Liberal Party] to go to dinner, you know, and then they’re getting contracts. To me that’s really repulsive.

“This year, watching the advertising [paid for with tax dollars], it was so blatantly partisan. So much was designed just to enhance the BC Liberals and there was so much of it. Fifteen million dollars over a four-month period, basically, was being spent on these ads. Their justification was fentanyl. There was almost nothing about fentanyl. I saw a couple posters in bathrooms at restaurants about what to do if you see somebody who has overdosed but the rest was TV ads run on the hockey game telling people the budget is balanced. It just boiled my blood. It boiled my blood. I thought between this and cash for access, and Christy Clark taking $50,000 a year. It’s cynical and it smacks of such bad cronyism. I just can’t support it.”

Anything else that drove you away?

“I sort of find Rich Coleman reprehensible. I shouldn’t say ‘sort of.’ I can barely stand him. I was at the premier’s dinner and I was talking to him [about a new law enforcement policy]. I think he was solicitor general at the time, and I was talking to him about the fact they were starting to give people long driving prohibitions on the basis of multiple 24-hour driving prohibitions. And you can’t adjudicate a 24-hour driving prohibition if it’s issued to you for drugs. So what happens is people the police don’t like, the police will pull them over if they think that they’re a drug dealer but don’t have evidence. They’ll issue a 24-hour driving prohibition for driving while affected by a drug. And the only way you can review it is by going to B.C. Supreme Court. You get two of those 24-hour prohibitions, and the superintendent of motor vehicles could pull your license for six months. [Doroshenko’s law practice includes defending clients against DUI charges.]

“I said to Coleman, ‘This is going to be a Charter violation. Somebody’s going to bring a Charter challenge.’ He said, ‘I’m gonna write a fucking law so I can get around the Charter. We’re gonna make this so it can withstand any Charter challenge.’ I was really surprised that he sort of turned on me so quickly. That he would speak to me like that at the premier’s dinner. I came to the conclusion at that point that he is a bully and had some disdain for the Charter.

What happened to all those BC Liberals that were Gordon Campbell Liberals? Why aren’t they trying to steer the party back to what they liked?

“I think they’re sort of marginalized. I think a lot of them sort of moved out. Your life goes on, you sort of wait until the leader’s gone. I think a lot of them are voting NDP. I get the odd message on Twitter from people I used to work with and I run into the odd person at Safeway who agrees with me who’s going to vote NDP, but they’re not vocal about it. They want to see Christy Clark defeated so they can then see a new leader come in who is a moderate rather than somebody who is an extreme pit bull who’s not interested in any social goals.”

What happens if Clark wins again this election?

Does it all come down to money? Is that the reason Clark and her party can win?

“Yeah. Look at the TV ads they can afford to run. Lots of people, the majority of the population, are not paying attention to the issues the same way you or me and a smaller portion of the population, are. The majority of the people who are NDP are going to be NDP all the time. Then you’ve got the sort of soft people who are just looking at it going, ‘Oh, jobs. I want a job. I want to keep my job. I want to have jobs. I’ll live with a kleptocracy if I get jobs. I’ll live with the cronyism where a small group of people get super access to the government and make a shit-pile of money as the result of their connections. Jobs!’”

What do you think of the media’s role in all this? 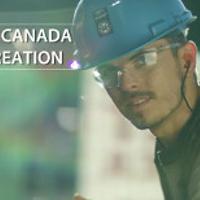 Please Advise! Which of These Blatantly Partisan Liberal Ads Did the Liberals Actually Pay For?

“I think it’s tough. In 2008 or 2009 I said to Campbell, ‘Gord, I think we’re on the ropes this time, because some of these criticisms the NDP’s got are starting to stick and they’re right.’ He said, ‘Paul, don’t worry about it. Between now and election time will be nothing but good news stories. The media have so little money.’ This was after the financial crisis in the U.S. Nobody was advertising cars and housing advertising was cut down to nothing. He said, ‘They have no money to send anybody out to follow people so when my candidates make stupid statements they’re not going to get it, they’re just going to republish our press releases.’ And he was right. They glided through.”

“I think there’s a whole group of people who feel the way I do. I don’t think it’s going to be the determining factor in the election. I think it’s just lots and lots of former Liberals who are ethical. They’re not in it for personal reward. There’s lots of Liberals I think who look at it and say ‘Look, I just can’t support an unethical government.”

This interview has been edited for clarity and readability.