Premier Christy Clark cites the 15 per cent tax on foreign buyers of real estate the Liberals introduced last summer as evidence she’s willing to stand up to developers and fight on behalf of the middle class. “[It’s] done exactly what the government and what citizens hoped it would do, and that is slow down the tremendous growth in the cost of housing in the Lower Mainland,” Clark has claimed.

The tax has gotten rave international reviews and was recently duplicated by Ontario’s government.

But the truth about the tax is far less rosy than Clark wants to admit. The Liberals have opened giant loopholes, foreign investors are still pumping money into B.C. and housing prices are once again rising.

All this has led Ian Young, a Vancouver-based reporter for the South China Morning Post and an expert on the city’s real estate market, to conclude that Clark’s tax “didn’t make Vancouver an affordable city.” And Young sees little hope for that to change if the Liberals win the May 9 election.

Read on to see what else the veteran journalist had to say about the true reasons for record unaffordability in Vancouver and what can be done to address it. Young’s remarks have been lightly edited for accuracy and length.

On what the foreign buyer’s tax has achieved:

“I think the timing is very clear especially when you look at other markets. [At the time the tax was introduced], Toronto and Victoria and Vancouver were all going through the roof. Toronto and Victoria continue to go through the roof and Vancouver stops. Are we saying some other factor was at play there? What was it? I don’t see what else it could be. Clearly it was the foreign buyer tax. It’s like buying fell off a cliff.

“What happened when the tax was introduced was that it did work. But it didn’t make Vancouver an affordable city.”

On why the tax is becoming less effective:

“Over time it works less well for a couple of reasons. A targeted tax is a bit like a game of whack-a-mole. You whack the foreign buyers here in Vancouver and they pop up somewhere else. They pop up in, say, Toronto, which has seen radical price escalation at a time when Vancouver’s prices did in fact change course quite drastically.

“The other way the whack-a-mole game works is the targeted buyers in Vancouver find ways to get around it over time. That can be done in a couple ways. You can buy through a corporation, set up a partnership, delay your buying until such time as your immigration status allows you to avoid the foreign buyer tax. Basically the people who were targeted can find ways around it.

“Also you get a lot of people who decide ‘I’m just putting off my purchase to see if the tax is here to stay’ or they read the winds to see what the market is going to do and they decide they’re just going to wear the tax. They’re just going to put up with that 15 per cent and then they start buying. You’re faced with a situation where what can you do? The obvious way is to increase the tax.”

On why Christy Clark was forced to oppose developers and bring in the tax:

“Christy Clark runs a government that has been funded by real estate development. But at the same time when you have a policy that’s supported by 90 per cent of the people and the arguments in favour of a government intervention were at an absolute fever pitch, the government had to do something by putting in a tax like this.”

On why the Liberals aren’t serious about unaffordability:

“The tax gives them an opportunity to say, ‘Oh look it’s worked, we’ve fixed that problem, that’s been done now.’ If they were genuine in making this work and continuing to make it work, you take it to the next level. You say, ‘Ok, the game of whack-a-mole goes on, we’ll increase the tax now, we’ll close the loopholes.’ But instead of closing loopholes, we’re opening loopholes. The argument about whether or not people with work permits should be exempt is a classic example. Why not index that taxation to the income tax someone on a work permit pays, to prove that person is legitimately working here in Vancouver?” 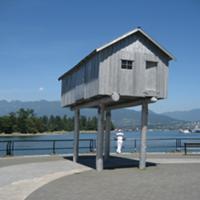 On whether China will help tame home prices:

“They’ve introduced these capital controls, but we can’t say it’s had this dramatic effect. The dramatic drop in foreign buyers that we saw last year was clearly related to the foreign buyer tax. China’s capital controls are not transparent. It’s very hard to tell whether that’s working at least in terms of the Vancouver market. We can see the bigger picture about how net capital outflows from China have been reduced, but in terms of the money that arrives here in Vancouver real estate, I don’t think we can say definitely if foreign money has stopped. And people do find ways around it.”

On the global forces driving up Vancouver’s market:

“What defines the Vancouver market is foreign money. But the majority of foreign money in Vancouver comes via immigration, by wealthy immigrants who arrive in Vancouver. That’s the byproduct of what happens when you sell passports for 20 or 30 years. We’ve had forty or fifty thousand millionaire migrants moving to Vancouver. They bring money with them. They tend to earn their money overseas.

“The amount of capital that’s been coming out of China is astonishing and only a small portion of that capital has to land in Vancouver to have a dramatic effect. Vancouver is in the play of these vast global forces, so something like the little old foreign buyer tax going to have a hard time controlling those forces.”