“The new tax is nothing but the ruling party of British Columbia soliciting votes for the election held next spring. It won’t cool down the enthusiasm of foreign buyers.” — Ou Lyu, in Global Times Chinese newspaper, July 2016

You only need to know two things about Metro Vancouver housing: China’s shadow still looms large, and Premier Christy Clark’s new foreign buyers property tax would take 29.8 years to cut prices to where they were just one year ago.

While the BC Liberal Party surprised all by moving to completely reverse its position and impose a 15-per-cent tax on foreign buyers purchasing Metro Vancouver residential property, little has changed.

First, comparing July sales to August — when the tax started — shows that with a tiny 0.1 per cent drop in the benchmark price for detached houses last month, it would take an unbelievable 29.8 years just to get back to the prices of 12 months ago!

That’s because prices jumped 35.8 per cent in the previous year — going to an outrageously expensive $1.58 million. While sales have slowed down since the tax, prices remain high.

And the volume of houses changing hands this August after the BC Liberal intervention was still only 3.5 per cent below the 10-year average for that month, though sales were down 26 per cent from August 2015.

The situation is so bad, even a major banker is deeply troubled.

“This city, this province is experiencing a full-scale affordability crisis. This housing market in Vancouver is simply exhausted. Affordability is a major issue,” CIBC deputy chief economist Benjamin Tal said this month.

Second, thinking the tax has stopped the enormous impact of foreign buyers on Metro Vancouver housing prices is to live in a fool’s paradise.

Juwai.com helped generate $14.9 billion in sales leads for homes in Canada in 2015 by partnering with Canadian developers and agents. 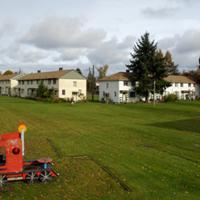 “Canada is seen as safe, stable, tolerant and sophisticated. Canada draws buyers in with its good schools and universities, stable and diverse economy, strong rule of law, outright ownership of real estate, and lack of restrictions on foreign ownership,” Moore told online publication BetterDwelling.com in July.

“Many Chinese are still amazed at the large, single-family homes they can buy in Canada for what seems to them a reasonable price,” he added.

And it’s no wonder they seem affordable, because China created 1.2 million new millionaires in 2014 — that’s one every 30 seconds — and a hell of a lot of them want to park their new riches in safe Canadian homes.

That’s also one likely reason why federal border guards confiscated a whopping $13.5 million in undeclared cash from 792 Chinese citizens at Vancouver International Airport over the past three years, according to documents obtained by NDP MLA David Eby in an access to information request.

The amount jumped from $2.8 million in 2013 to $6.4 million in 2015 and represents more than 70 per cent of the undeclared cash seized from all travellers, including Canadian citizens.

And Eby says it is impacting housing prices here.

“There is money coming into our real estate market that isn’t taxed here, that has no connection to our local market and it is distorting prices for people who earn their living here in Metro Vancouver,” Eby told CBC last week.

Lastly, the impact of the housing affordability crisis is easily measured in other ways.

Vancouver has become Canada’s first “city of millionaires” according to a study by Environics Analytics, which found the average net worth of the city’s households jumped seven per cent to reach more than $1 million by the end of 2015.

And if you don’t feel like a million bucks, you must be a renter.

“We have an almost unprecedented crisis in the city of Vancouver. We have a vacancy rate of 0.5 per cent and that was only rivalled in the 1970s,” says Iain Marjoribanks, a researcher at the University of British Columbia’s school of community and regional planning.

Renovictions to make way for more luxury condos and townhouses are devastating rental stock and leaving Vancouver to, well, the millionaires.

So after denying there was any problem for years and then taking tax measures that aren’t working, the BC Liberals preside over a housing affordability crisis where ordinary British Columbians are screwed while millionaire foreign buyers are welcomed to buy even more homes and drive up prices.