Two people affected by “wrong and unjust” health ministry firings in 2012 say an Ombudsperson’s report does nothing to address the lack of consequences for the people responsible.

Linda Kayfish’s brother Roderick MacIsaac killed himself a few months after the government wrongfully fired him from a co-op position in the health ministry, which also stopped his work toward a PhD.

“There was no reason for this government to treat Roderick and the others as they did,” Kayfish said in a statement released through her lawyers. “It was simply cruel and heartless. Yet where are the investigators who cost Roderick his job and ultimately his life? Many of them have been promoted, been given raises. They have faced zero consequences.”

Kayfish commented following Thursday’s release of “Misfire: The 2012 Ministry of Health Employment Terminations and Related Matters” from Ombudsperson Jay Chalke’s office. The report confirmed that the firings were “wrong and unjust” but advised against firing the people who were responsible who still work for the government.

“I want those truly responsible for what happened to my brother to be held accountable,” Kayfish said. “And that’s something the Ombudsperson is incapable of doing.”

Ramsay Hamdi, who had been a senior economist in the ministry’s utilization and risk management branch before he was wrongly fired, said in a statement that Chalke’s report confirms what was already known.

“The investigative process leading to our firings was deeply flawed, disrespectful and unobjective, and... there was absolutely no basis for us to be fired and publicly dragged through the mud,” he said.

“Yet where is the accountability? No higher-ups involved in our terminations have been identified and held accountable. And as for those directly involved in the vindictive investigations? They’ve since been promoted and given raises. So where are the consequences?”

Asked by reporters whether anyone would lose their job as a result of Chalke’s findings, Kim Henderson, deputy minister to Premier Christy Clark and head of the B.C. Public Service, was noncommittal. “There is advice for me in the Ombudsperson’s report that suggests there be no further recriminations, that the time for that is past,” she said. “I need to consider that advice.”

Kayfish said she had always known MacIsaac and the other researchers had done nothing wrong and were the victims of a flawed and malicious campaign, but their vindication came too late for her family.

“I want the premier to look me in the eyes and take responsibility for the destruction and heartache her government has caused. I want her to promise me that there is going to be true accountability here, from her on down,” she said.

Hamdi said the government has known for years that the firings were based on “flawed and vindictive” investigations but that there’s been no apology. 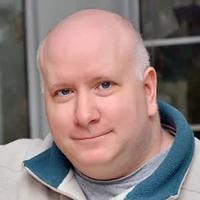 “No one has looked us in the eye and owned up to what this government did to us,” he said.

“From the beginning, the way the government chose to handle this matter has been disgusting,” he said. “The deceptions and secrecy and foot-dragging ruined reputations, put us all through the emotional wringer and ultimately cost Roderick his life. It also derailed valuable health research that was benefitting the people of B.C. This government should be ashamed of itself.”

Chalke’s report recommended issuing apologies to individuals directly affected and an overall public apology. He suggested the government make “goodwill payments” of between $15,000 and $125,000 to people affected.

He also recommended establishing a $500,000 endowment fund for a scholarship at the University of Victoria in the name of MacIsaac.

Systemic changes are needed, Chalke said, including tighter procedures for suspending or dismissing employees, stronger rules for how to deal with whistleblower complaints and oversight of the Public Service Alliance’s procedures by the Merit Commissioner.

Henderson, who apologized for the public service’s role, said the government would be acting on all of Chalke’s recommendations, including making the payments to the people affected and establishing the scholarship fund.