It’s a busy day for Niki Ashton, and it’s not over yet.

An issue in her riding of Churchill-Keewatinook Aski in Manitoba has popped up and Ashton has juggled her schedule to help deal with it. That’s meant shuffling promised media interviews on the day after she announced her run for the NDP leadership.

And after talking with The Tyee, she still has to head back to the House of Commons for the rest of the day’s session.

At a coffee and dessert shop not far from Parliament Hill, Ashton grabs a club soda and passes on an offer of a maple leaf-shaped cookie adorned with Prime Minister Justin Trudeau’s face. “They’re not my jam,” she quips.

The fresh lingo 34-year-old Ashton uses reflects the age of most of those working for her. With the notable exception of a 70-year-old stalwart who’s been supporting her for years, those backing Ashton’s campaign are almost all millennials.

Young people in Canada need some attention from government, she said, especially with so many in her generation saying they expect to be worse off than their parents.

“That statement from Canadian young people in the year 2017 with all the wealth that our country creates is unacceptable,” she said. “We need to come to grips with this reality.”

Ashton said the NDP needs to be tuned in “on the ground” to learn how to reflect the priorities and challenges of Canada’s young people and those on the margins of society.

Then the party must make it clear they stand with them and will fight for them, she said.

Members of her team have worked in grassroots activism on issues like the Dakota Access Pipeline protests, women’s rights, Indigenous rights and other causes, she points out.

A resident of Thompson, Man., Ashton is familiar with the files. Since being elected in 2008, she has served in a number of critic roles, including aboriginal affairs and status of women. She recently held the employment critic position and began a campaign against precarious work last year.

Under her leadership, she said, the NDP would realize winning elections is important, but also see political change as a long-term struggle. As part of the plan the party needs to build a coalition of immigrant, LQBTQ and Indigenous communities, she said.

“We (would) have an open invitation to be part of the NDP more formally,” she said. “But we understand in the times we live in, with the major challenges we're facing whether it’s inequality or climate change, people are taking on these challenges in different ways and we have to work together.”

Critics have said the NDP squandered a strong lead prior to the 2015 election by moving too far to the centre.

Since then both the NDP’s national director Robert Fox and one of Ashton’s leadership rivals, Peter Julian, have said the party needs to court grassroots groups and become a voice for them in Ottawa.

Ashton said the party — and Canada — are at a crossroads and the NDP needs to offer a clear progressive alternative.

“The distance that has evolved between the party and grassroots activists didn’t lead us to success, it lead to a fair deal of frustration,” she said. “It lead us to losing support and I would say we need to do the opposite of what we were doing.”

Ashton isn’t afraid to label herself a democratic socialist and says the NDP has to shift farther to the left. 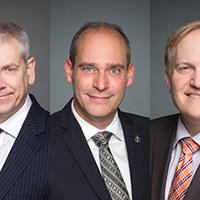 The Liberals’ plan for an infrastructure bank is a particular concern for Ashton, who said it is an unprecedented privatization scheme. Her campaign will be raising the issue, she said.

Privatization leads to precarious work and funnels money to already wealthy people. The NDP needs to be clear that it will nationalize some assets if it’s public interest, she said.

Many of the fears of working people in Canada can be addressed by reaching out to them and taking action that helps, she said, and that’s how the NDP can create change.

“We need to stand for something, we need to inspire people,” she said. “When you take a stand based on your principles people respond.”