The federal New Democrats’ labour critic Niki Ashton says there’s a new labour movement burgeoning among Canada’s youth, and that courting young, frustrated millennials could be a path to success for her party in the future.

More young people are considering themselves to be working class rather than middle class as job stability and adequate wages continue to elude many people under 35 in the country, Ashton told The Tyee at her Parliament Hill office.

Added with student debt and the high cost of housing in cities like Vancouver and Toronto, Ashton, herself a millennial, said she expects a backlash is coming to Canada, the likes of which saw the rise of Bernie Sanders and Jeremy Corbyn.

“If we look to the U.S., millennials became very active when they galvanized around a campaign that reflected their reality,” she said. “There is a very clear indication [that] when millennials feel that they’re being talked about… they will get involved.”

Canada’s unemployment rate for those under 25 is 13 per cent, almost double the national rate, but Ashton said precarious employment is what needs to be addressed.

Such employment includes people working temporary jobs, contract positions or numerous part-time jobs, often for lower wages. If you add the stress of student debt to someone with a precarious job, it is an incredibly difficult way to live, she said.

Ashton blamed the “pursuit of greater profit” leading to reliance on temp agencies, unpaid internships and two-tiered workplaces as some of the contributing factors to precarious work.

And it isn’t just an issue affecting the bank accounts of young people.

According to a TD paper in 2015, precarious employment is bad for the country because those without solid employment don’t spend, causing revenues to drop and leading to companies not investing.

“Further, tax revenues are lower and government expenditures are higher to support those that find themselves frequently without employment or the ability to make ends meet,” the report said.

Ashton, who is mulling a run at NDP leadership, has been holding forums across Canada for young people to talk about their employment situations, and will gather the information in a final report.

She is holding a forum for youth on the topic this Sunday in Vancouver, where low wages and high housing costs particularly hurt millennials.

Ashton said hearing words like “despair,” “hopelessness” and “insecurity” is common during the forums, which have so far taken place throughout the Maritimes, central Canada and the North.

Young people are having trouble paying the rent and affording food as they struggle in precarious jobs, and the dream of owning a home is remaining just that, she said.

“We had a young guy in Toronto who said, ‘My dream is to be in the black, that is all I dream of,’” she said, calling the situation an emerging crisis.

In reaching out to millennials, the New Democrats could harness the discontent of a demographic that studies indicate is more left wing than any other young generation in decades.

This generation sees unionization and activism as a possible solution to their employment issues, and tend to perk up when government is addressing their concerns, Ashton said.

She pointed to initiatives like Vancouver’s Don't Have $1 Million movement, which brought attention to the city’s housing affordability issues and demanded action, as the kind of energy the party could build on.

“What I’m seeing from millennials is this emergence of a collective experience and the need for comprehensive, collective action,” she said. “People are connecting the dots in a way we haven’t seen before.” 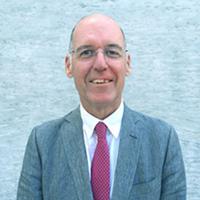 Fox said the party “needs to ensure that we are supporting them as they take on issues between elections.”

Ashton said that’s an approach she was excited to hear endorsed.

“Young people are looking to political leaders to help them bring about change,” she said.

She said though Prime Minister Justin Trudeau is the Minister of Youth, his government has focused heavily on the middle class instead of the working class, which many millennials consider themselves to be a part of.

“The reality of millennials is grim,” she said. “A selfie or a Buzzfeed video is not going to cut it.”