You could say Peter Julian’s office on the sixth floor of Centre Block on Parliament Hill is well worn.

The walls are adorned with a collage of posters and pamphlets from various causes, including an aerial photo of central B.C.’s Fish Lake, which was the centre of a controversy over a proposed mine denied by Ottawa in 2014.

A table takes up the bulk of the small waiting room and, in such tight quarters, one can’t help but engage in conversation with his parliamentary assistant. A portrait of NDP leader Jack Layton overlooks the melee.

The jam-packed room and its worn, drab floor are reminiscent of that of a particularly overworked guidance counsellor at any high school in Canada.

Many MPs’ offices on the Hill have the same feel, but Julian has his sights set on a more spacious office a few floors down — the one occupied by the prime minister.

But first the former NDP house leader must first win his party’s leadership. Currently, it’s a two-man race, with Charlie Angus registering with Elections Canada as a contestant yesterday.

Julian was the first declared candidate in the NDP leadership race. He sat down with The Tyee this week to talk about his vision for the New Democrats and how the party can appeal to Canadians.

“We have to be very clear about who we represent and what we’re going to do to help them,” he says.

Julian is clear in his criticisms of the current government. The feds work in the interest of the one per cent, he says, with the Liberals and Conservatives taking turns tinkering with social policy — but not really making any fundamental changes.

At the same time, according to Julian, offshore tax havens are growing and the government is ignoring issues that affect regular Canadians.

Julian stresses he’s a “regular guy” who can counter those forces and is concerned about helping working Canadians.

The former brewery and refinery worker, turned financial administrator, is from New Westminster — a Vancouver bedroom community home to his parliamentary seat since 2004. While his roots are in the west, Julian also spent time criss-crossing Quebec.

His campaign literature highlights his “affinity” for the province and stresses he is “perfectly bilingual.” Earlier this week, four Quebec NDP MPs endorsed his leadership bid.

Julian believes the public is growing weary of celebrity political campaigns, pointing to the “humility” and “conviction” of the Bernie Sanders campaign for democratic presidential nominee as the style that will work for the NDP.

The party must draw attention to its “bold ideas,” says Julian, and needs to work to highlight the social component of the party and its efforts to work for Canadians.

Julian wants to keep his campaign focused on the issues. Building 250,000 units of affordable housing, advocating for free post-secondary tuition and reconciling with Indigenous peoples are among his campaign causes.

Though such ideas may not sound out of the ordinary for the NDP, Julian doesn’t expect the party will have automatic consensus on his issues. He doesn’t anticipate, for example, that all party members will share his stance against oil pipelines.

“There are some that say putting the pipelines through in some way will help the transition to clean energy,” he says. “I can’t agree with that.”

A panoramic picture of Vancouver’s skyline sits above the couch in his office. It comes in handy when he’s explaining why more oil tankers in the Burrard Inlet are a bad idea.

He points to English Bay and runs his hand over the downtown peninsula, past Stanley Park and the homes visible in the distance, while talking about how shipping so much oil through the busy region just isn’t feasible.

“We’re going to have a healthy debate,” he says.

In 2015, the New Democrats started out strong in the federal election. Their lead in the polls eventually dwindled, falling until election night, when the party was relegated from Official Opposition to third-party status.

Julian believes the party’s campaign was too careful, instead of being bold, like it has been in other years.

After the election, current leader Tom Mulcair lost in the leadership review in Edmonton last April.

Many criticized a shift to the centre as harmful for the party’s aspirations.

At the same convention, the controversial and hyper-progressive Leap Manifesto earned some time in the national spotlight.

Since then, the possibilities for a new direction of the NDP have political observers curious.

Last September, the party named a new national director, Robert Fox, who said the NDP needed to support grassroots organizing and allow the party to act as a vehicle for activists’ concerns.

Julian says he’s onboard with the approach, pointing out one of his first roles within the party was in the policy department where he had to gather opinions from NDP members.

He believes that’s a big part of the party’s road to success and recalls his time as the former executive director of both the Council of Canadians and Western Institute for the Deaf and Hard of Hearing as giving him an understanding of the importance of talking to grassroots organizations. 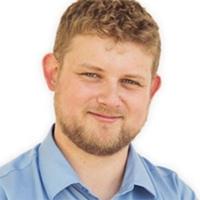 The party has lost elections in the past because it was disconnected from the public, he says, adding that knocking on doors is the surest way to fight the problem.

Reaching out that way will be key to drawing voters away from the Liberals in 2019, though Julian is concerned Justin Trudeau’s government may have soured youth on elections after his popularity with younger voters help sweep him to power in 2015.

Trudeau managed to create the feeling he would create change without saying anything specific, Julian says, and the New Democrats need a bold platform that builds confidence that change will actually come to those pushing for it.

They need to know the New Democrats and their leader will fight for their causes.

“I come out of social movements,” Julian says. “That’s how you get the strength in Parliament to represent people, is from the work and the actions of people outside Parliament.”