Bob Wang is selling his Japanese restaurant in Victoria. He started posting ads over a year ago and has been getting multiple offers almost every week since. 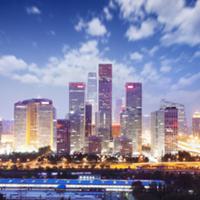 For Some Chinese Fleeing Debt or Prosecution, Canada Beckons

But Wang has refused them all.

"They don't even ask much about the business," said Wang. "The people don't even have the experience in food."

There is only one question prospective buyers are keen for Wang to answer: "Is it going to help my immigration?"

In March, the B.C. government abruptly closed streams of its provincial nominee program (PNP) for immigration to make improvements. This included categories of the business stream, which gives two-year work permits to individuals who wish to start or purchase a business in B.C.

The program will reopen July 2 with new criteria. Proposals being considered inside the B.C. government include establishing a fast tracking point system for some immigrants depending on the type of business they own, and may streamline the process in other ways. But nothing has been made official and prospective immigrant entrepreneurs wait expectantly for the new rules.

The intention of the business PNP is to encourage immigrant entrepreneurs to find opportunities in B.C., but also to create and maintain jobs for Canadians. A PNP presentation by the province said a challenge was a "program demand shift from entrepreneurs to wealthier applicants seeking passive option, motivated more by immigration and quality of life."

Competition, therefore, is increasingly fierce. The province only issues 90 to 200 work permits a year. Less than 90 individuals on business PNP work permits are nominated for permanent residency each year.

This spike happened following the suspension and eventual cancellation of the federal investor and entrepreneur programs, as well as business PNPs in neighbouring provinces cutting down their intake. The federal immigrant investor program allowed applicants permanent residency in exchange for a $800,000 investment right before it was terminated in 2014.

A year ago, the processing time for the business PNP was about three to four months. At the time of the pause in March, applications took over 13 months.

"[The province] wasn't really equipped to handle the number of applications they received," said immigration lawyer Aleksander Stojicevic. "They should have anticipated to some extent that if there was going to be a problem with the closing of the federal investor program that all their programs would be affected."

This isn't the first time changes have been made to the business PNP. In 2012, the province suspended a business category that fast tracked applicants for permanent residency in exchange for a $125,000 bond, similar to the federal investor program.

The ad for Bob Wang's restaurant comes with a disclaimer: "The owner does not participate in PNP." He doesn't like talking to immigration consultants. When The Tyee called Wang, he was worried it was a consultant calling.

The program isn't stable for individuals selling businesses, he says, because the process takes so long. Sellers can't be sure when buyers would even have their application processed, or even if it is accepted by the government at all.

Some prospective buyers have asked Wang to reserve the restaurant for them until their application is approved, and then they will purchase it.

"We don't want to waste our time for people who are waiting for the approval," said Wang.

Lawyer Stojicevic also cited that uncertainty was an issue, but unlike Wang, some of his clients don't mind the risk. They buy a business before their PNP application is accepted and often pay someone else to run it while they wait overseas on the decision.

Immigrant consultants are another problem, said Stojicevic. Many have overseas clients because they are able to speak the language, but they often charge large amounts for their services, help multiple immigrants apply for the program with the same business and exaggerate applicants' qualifications.

"The purpose of this program should not be to enrich middlemen," said Stojicevic. "It should be to maintain jobs in Canada and create jobs in Canada. It's not creating jobs if all you're doing is moving new immigrants' money to people in the immigration industry."

Businesses are required to provide six month reports with support documents to show the activity of the business. Suspicious activity may result in visits by PNP staff, and if the business is only an empty front, the applicant will not receive the nomination for permanent residency or an extension of their two-year work permit.

Wang, in his 30s, is an immigrant himself. Originally from China, he came to Canada to study and graduated with an MBA.

Wang said he gets frequent questions from Chinese who have come to Victoria on PNP work permits, being a Mandarin-speaker and a member of the business community himself. They often ask him for advice about running their business or how to treat staff.

"Some people come in with a different culture," said Wang. "They don't know how to do business here."

Wang said many of the PNP immigrants have a chat group on popular China messaging service WeChat to share advice and ask questions of one another.

Taking over from mom-and-pop

There are higher requirements for applicants hoping to settle in Vancouver or Abbotsford metropolitan areas. They have to possess a net worth of $800,000, invest $400,000 in the new or purchased business and create at least three new jobs.

About half of applicants choose the Lower Mainland.

Requirements are lower if the business is elsewhere in B.C. Applicants have to possess a net worth of $400,000, invest $200,000 and create at least one job.

A category called "regional succession" has even lower requirements and priority processing. It's for applicants who are buying a business in a non-metropolitan area from an owner planning to retire, usually small mom-and-pop operations.

Business broker Steve Harvey is based in Kelowna and helps clients buy and sell businesses all over B.C. About 60 per cent of his clients interesting in buying are from overseas and want to apply for the PNP. Offers have slowed since the pause.

Most of Harvey's clients selling their businesses are looking to retire, perfect for the regional succession category.

"It's a great program for what it is, they just can't process the applications fast enough," said Harvey. "The province is looking for successors for businesses and keep jobs."

Leiana Thormahlen owns a cafe and gallery in Sunshine Coast. She is looking to retire for health reasons and is selling the business.

"I think that's the case for a lot of people that are up here," said Thormahlen. "There's a lot of older people."

However, Thormahlen has not owned the business for the succession category's requirement of five years. She said she's received a lot of offers, but all the curious buyers were counting on her retirement to mean she was a longtime owner, which would allow them to qualify for the special category.

The Tyee obtained presentation slides by the province on the PNP dated a month after the pause.

One proposal is to implement a points system, with a focus on investment, job creation, maintenance, business concept and level of demand for types of businesses in certain regions. Top scoring applicants would then receive faster processing.

B.C. immigration lawyer David Aujla hopes the potential points incentive for businesses outside the Lower Mainland will benefit the rest of the province. Aujla also thinks stricter efforts should be taken to ensure the business stream is solely a pathway for serious entrepreneurs.

"There needs to be much greater enforcement for businesses to have to remain in business, not for the business just to be a throwaway vehicle for immigration," said Aujla.

Other proposals include online applications versus paper, implementing a registration fee, limiting monthly applicants and maintaining interviews as a key decision tool with less emphasis on a business plan.

Final criteria for the business PNP will not be confirmed until the stream reopens on July 2.

Wang is adamant he wants to sell his restaurant to someone who intends to keep running it with his own high standards. He owns two other restaurants.

"My business is just making money," said Wang, who first purchased it three years ago. "I don't want it to have a bad reputation."

Wang isn't asking for the moon when he describes his dream buyer.

"I just want to sell it to someone who actually wants to find a job."