Thirty-three year old Oanh Pham has a degree in psychology and business, and a job above minimum wage in one of Canada's supposedly most affordable major cities: Winnipeg. Yet in some months she struggles to make her rent. 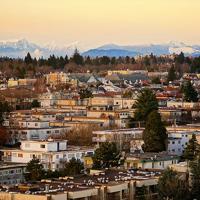 At 56, David Jolivet wants to turn the rest of his life around after three decades behind bars. The only accommodation he could find after his release in Canada's most expensive city, Vancouver, was a room smaller than his former cell over a skid-row heavy-metal bar.

Lisa Schmidt has a tidy apartment in a suburban complex marketed to seniors. But its designers apparently neglected to consider how hard it can become to negotiate steps at age 76. Now she's worried her hips may give in and leave her trapped in her home.

Shawnee (who asked us to use only their first name) is just 21. Settled now in an apartment with a partner and life plans, Shawnee's mid-teens were a frightening odyssey of couches and floors belonging as often to abusive adults as to friends.

What Pham, Jolivet, Schmidt and Shawnee share is something that more than one-and-half million other Canadians also worry about: whether they can count on a roof over their head and a place to call their own.

By the crude measure of "affordability" that the Canada Mortgage and Housing Corporation (CMHC) uses, if you need to spend more than 30 per cent of your income on shelter, you're in a group it describes with bureaucratic understatement as, "core housing need." You're paying more than you can sustain for your residence.

By CMHC's count more than a quarter of all Canadians who rent are in that group. In 2011, 26.4 per cent of the country's renters, and 6.5 per cent of homeowners, could not really afford where they lived. And it wasn't because they were living in mansions beyond their means.

In 1976, it took the average Canadian five years to save a 20 per cent downpayment on the average home. Today, it takes 10. Following CMHC's rule, your family had better have $123,000 a year in income, if you hope to pay the average mortgage.

Affordability isn't everything, but it's much harder to know how many Canadians, whether living in "core need" or not, struggle with inappropriate or unsafe housing. Pham needs a place where her young daughter is safe. Jolivet's budget might cover a bare room over a metal bar -- but the surroundings are hardly helpful to his goals for a better, more law-abiding, life. Schmidt loves her neighbourhood, but those stairs!

Faces of a crisis

Over the next two weeks, we'll introduce you to Shawnee, Schmidt, Jolivet, Pham and others as the Tyee Solutions Society begins what will be several months of reporting on the national crisis that's so far missing-in-action on the national political stage.

Vancouver may be the capital of unaffordable housing in Canada. The city has been warned that average detached home prices of over $1 million are driving away the very young professionals it needs to meet its aspirations as Canada's hip capital of high-tech and entertainment creativity.

But Toronto's young millennials also struggle to square job, family, affordable housing and commute times. Other Canadians who follow their jobs to boomtowns fuelled by resource extraction find housing scarce and expensive even in places surrounded by undeveloped real estate for hundreds of kilometres in all directions.

The face of Canada's housing crisis is different wherever you look. Certain seniors, lesbian, gay, bi-sexual, queer and two-spirited teens, and urban aboriginals, are among the demographic communities that face particular challenges finding housing. For that reason, we're opening our reporting by taking up-close and sometimes highly personal looks at a few of these communities. Those stories will appear here over the coming days.

We'll also learn what some groups and individuals are doing to help put a secure roof over the head of every Canadian. Later on, we'll delve into some of those promising solutions in more depth. We'll explore some things that other countries are doing. And we'll check in with all of the major parties asking for your vote this year, to see how each proposes to close the growing gap between available shelter, and what millions of Canadians can afford.