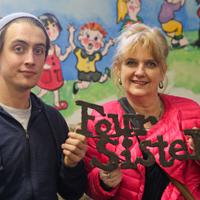 Shapcott was a founding member of the Canadian Homelessness Research Network who serves now as a North American voice on the Habitat International Coalition, a global network of nearly 400 housing rights organizations in 126 countries on every continent. Although his own focus is mainly on street populations, he regards the growing number of homeless in our country as the tragic but predictable outcome of years of political inaction.

"It's like glaciers melting," he said. "You don't see the changes from day to day, but it's remarkable to see it over two, three or four decades."

Distant are the 1970s, when political leaders regarded a secure home as a fundamental right. When former prime minister Pierre Trudeau's government introduced sweeping reforms to the National Housing Act in 1973, his minister responsible for housing described adequate, affordable shelter as an "elemental human need."

"Society and the government obviously have an obligation to assure that these basic needs of shelter are met," the Hon. Ron Basford declared. "Good housing at reasonable cost is a social right of every citizen in this country."

The turning point came in 1993, Shapcott says, with the election of a new Liberal federal government bent on deficit-smashing -- a very different priority from the same party's goal two decades earlier.

"The political winds started to blow in a radically different direction," said Shapcott, who co-wrote a book on homelessness with late New Democrat leader Jack Layton. "Instead of governments saying housing is a right and the government has an obligation, we began to hear politicians right across the political spectrum saying there was a need for austerity, that we'd hit the debt wall and we needed to cut the housing budget."

The same year saw the beginning of the end for the national housing program that Basford had reinvigorated two decades earlier. The Chretien government froze new funding for the National Housing Program -- with implications that endure into the present.

With another federal election approaching this October, and Canadians spending more on housing than almost any other developed country's citizens, Shapcott is just one of many advocates for secure, affordable and appropriate housing who say the issue has been left on campaign sidelines too long.

Over the coming months the non-partisan, non-profit Tyee Solutions Society will bring those expert conversations to the foreground, investigating what they identify as today's most critical housing struggles, and what might be done to resolve them.

As Shapcott reminded us, not all of those struggles are found on the street. The disturbing rise he's witnessed in people who lack any personal shelter has many roots, among them the scarcity of supportive and social housing, secure rental apartments, affordable co-ops and even working families' access to mortgages.

With that in mind, we will be examining the housing crisis not as a single phenomenon but through its many faces, profiling some conspicuous clusters of Canadians who are either underserved by existing policies or whose struggles are under-reported in most media.

Housing is hard to find and afford for thousands of Canadian families. There are no quick and simple solutions. But Tyee Solutions Society is spending the year trying to better understand the nature of the problems, and searching out practical answers. We start by breaking down the national "housing crisis" and find that it's really many different kinds of challenges facing different groups of Canadians. We'll be meeting those Canadians in more depth in reports beginning later this month.

'Who' as important as 'what'

It's an approach endorsed by one of British Columbia's most-cited housing experts. Urban planner Andy Yan's name turns up often in places like the New Yorker for the analyses he conducts for his employer, Vancouver's Bing Thom Architects.

"It's important to look at specific population groups," agreed Jill Atkey, research and education director for the BC Non-Profit Housing Association, "because some groups have different housing needs in terms of the design and style of housing that's culturally appropriate."

Of course neither the conversation nor the housing crisis are limited to one province -- and neither will be Tyee Solutions' reporting. While some cities, including the one where Tyee Solutions is based, have especially high-profile housing problems, many of the groups being left out in the figurative cold can be found in any community in Canada.

One such group: Canada's seniors. The 65-and-over demographic grew by 14 per cent between 2006 and 2011, twice the growth rate of 15 to 64-year-olds, and almost 30 times the increase among kids younger than 14. As of 2011, 5 million of us were aged 65 or older, a group diverse enough to reflect a wide variety of housing circumstances.

Many seniors' mortgages -- on homes purchased when real estate was much cheaper -- are long paid off. But retirement for most means fixed incomes. With mobility and energies often dwindling as well, necessary property maintenance may fall out of reach, leaving many in the age group house-rich but cash-poor, and challenged to 'age-in-place,' a popular concept among advocates.

"Your income drops, your ability to take care of yourself sometimes is diminished, you have healthcare issues. But at the same time you're sitting on a fairly sizeable nest egg," said Yan. "It runs both ways: you have some seniors who are really house rich who are going to be just fine, but then how do they age in their communities?"

Renting presents other difficulties for seniors seeking security in their sunset years. Pensioners are easily squeezed out of market rentals by rates that in most provinces increase at least annually -- sometimes more often -- while their incomes are fixed. So-called "renovictions" may also see the fixed-income elderly put out in favour of younger, child-free tenants who can afford higher rents.

Other challenges for this group come from how we're designing buildings -- and even entire urban areas.

With apartments shrinking in size under pressure to reduce costs and densify neighbourhoods, they're also increasingly being designed for privacy. The problem for seniors, according to BC Non-Profit Housing Association executive director Tony Roy, is that privacy can also mean loneliness.

"We've created a lot of spaces for people that are private, but that's reduced their contact with other people," said Roy. "We're going to continue to see more and more isolation. It will have a huge health impact on seniors. The effect of isolation is a shorter lifespan, and it's costing us more in health costs for that person."

Such designs reflect an even wider pre-occupation among urban planners and political leadership with attracting youth to cities.

"Children, and the planning for children, actually take a sizeable chunk of the planning document," said Yan. "Many, many of the amenities that we enjoy today," including the locations of schools and layout of urban parks, are "in part because of the vision about a city that has children."

Yet, paradoxically, for many young couples hoping to start families, living in the city core is too expensive, prompting migration to car-dependent, expensive-to-service suburbs.

Working families with moderate incomes feel the crunch particularly hard. Many in this group might reasonably hope to own a home of their own one day -- were down payments more accessible, financial mechanisms more flexible, or even the choices just a bit better understood.

"So many more people than one might think could own their home," said Jody Ciufo, executive director of the Ottawa-based Canadian Housing Renewal Association. "Often it's just a question of cash flow, financial literacy or even being educated to know what questions to ask and where to look."

Meanwhile, seniors aren't the only ones who worry about the insecurity of anything but a home they own outright. As decades-old federal subsidies expire, even long-established co-operative housing projects face an uncertain near-term future.

The abysmal condition of homes in many reserve and remote First Nations communities have been widely reported. Less so the unmet housing needs of off-reserve indigenous people. These again cover a broad spectrum, from an epidemic of urban aboriginal youth homelessness, to a burgeoning class of educated, young indigenous counterparts seeking culturally appropriate housing.

Still other demographic clusters we'll get to know better are lesbian, gay, bisexual and trans youth; workers in overheated resource boomtowns; and people who have served time in the correctional system and are trying to reintegrate into society.

More than a roof and four walls

"Housing really is your foundation for a healthy, productive, and dignified life. It's very basic," Ciufo asserts.

It is also under stress from coast to coast to coast, she adds. "You cannot go anywhere in this country where people aren't concerned about having adequate housing, and enough affordable housing. It's exacerbated in very hot markets and in the North, but across the country it affects everyone."

Yet few parliamentarians from any party have taken up the issue.

That disturbs B.C.'s Roy, who considers it "a failing of all of us" that housing becomes an election issue only during municipal and provincial campaigns. "But when we run into an election federally -- the body that built almost all the social housing in the country and still maintains the most responsibility for housing -- we as a public don't hold them to account."

"I don't think it's a partisan issue," Roy insists. "I'd like every political party to come forward with a plan to house those most in need."

Over the months to come, we'll be putting faces, personal stories, and the policy background, on many of those needs.

Housing is hard to find and afford for thousands of Canadian families. There are no quick and simple solutions. But Tyee Solutions Society is spending the year trying to better understand the nature of the problems, and searching out practical answers. We start by breaking down the national "housing crisis" and find that it's really many different kinds of challenges facing different groups of Canadians. We'll be meeting those Canadians in more depth in reports beginning later this month.