The Opposition New Democrats have produced documents they say show Education Minister Peter Fassbender wasn't telling the truth when he spoke out against privatizing BC Place Stadium two years ago. 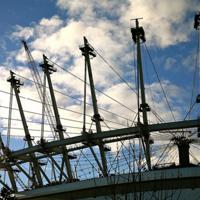 Inside the $514-Million BC Place Boondoggle

In 2013, while still the mayor of Langley City, Fassbender was chairman of B.C. Pavilion Corporation, the taxpayer-owned operator of the Vancouver stadium, and the Liberal candidate in the Surrey-Fleetwood riding for the 2013 provincial election.

On April 24, 2013, then-NDP leader Adrian Dix announced that if his party won, it would consider privatizing the stadium. At the time, he said that stadium management should not be the government's priority.

Fassbender replied by saying privatization would attract lawsuits as well as scuttle what he said was the province's 99-year lease deal with Las Vegas-based Paragon Gaming to build and operate a casino west of the stadium.

Later, less than two weeks before the May 14, 2013 election, Fassbender claimed that statement was taken out of context, that in fact negotiations with Paragon were still ongoing.

Paragon was originally going to pay PavCo $6 million a year to build and run Western Canada's biggest casino on the land, but Vancouver city council voted unanimously in 2011 against expansion after public hearings where citizens expressed fears of a rise in crime and gambling addiction. Instead, city council allowed Edgewater to move its existing 600-slot machine, 75-table licence from the Plaza of Nations to the stadium site.

Paragon renegotiated the deal with PavCo for $3 million a year and announced Dundee Corporation as its financial backer. Site preparation began late last summer. Construction crews moved in after the civic election for the $535 million project, targeted for completion at the end of 2016.

On Tuesday, in the legislature, the NDP said it obtained a copy of the agreement which showed the deal came into effect March 15, 2013 -- almost two months before the Liberals won a majority.

The agreement was obtained by the NDP through a freedom of information request.

"We now have a copy of that contract," Opposition critic David Eby said in the legislature. "Its effective date predates the minister's media interviews by more than a month.

After Fassbender became an MLA, he resigned from the PavCo board. Transportation Minister Todd Stone, whose portfolio includes PavCo, took questions on the casino issue.

"The development of the land just west of BC Place is an important part of the plans of PavCo to generate as much net new revenue as possible," Stone said.

"And we're confident that the contract that's in place now, and that PavCo is working through, is going to add to those benefits."

Victoria MLA Carole James, who was Dix's predecessor, said the Liberals failed to conduct due diligence on whether Paragon was financially sound, and able to follow through on the BC Place project after the 2014 bankruptcy of its Eagle River Casino near Whitecourt, Alta.

"Based on our FOI requests, PavCo had absolutely no correspondence with the Alberta gaming regulator (Alberta Gaming and Liquor Commission) for the six months before the deal was made," James said. "(B.C. Lottery Corporation) also had no records of correspondence with Alberta's regulator over the same period."

To that, Stone replied: "Why is it that the members opposite take every single opportunity they can to kick BC Place and the incredible opportunities that BC Place provides for the people of British Columbia?"