If you're a British Columbian, it would be reasonable for you to assume the big price tag for putting a new big top on BC Place Stadium in 2011 is being paid for gradually by the home teams, football's BC Lions and soccer's Vancouver Whitecaps. 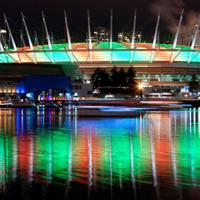 At least, you'd think, the major renovations were conducted with a clear, workable business plan for all the investors (read: taxpayers) to see.

Sorry, but you would be wrong. It's not your fault, though -- unless you were on the BC Liberals' Treasury Board that OK'd the deal in 2008 or part of the current Liberal government, which refuses to show the business case for what it claims was a $514-million project -- how could you know?

A business case does, in fact, exist. It extols the benefits of the project but shows none of the projected capital costs or assumptions for operational revenue. More than five years after it got the green light -- and two-and-a-half years since it was finished -- the government still won't reveal the entire document that was used to unlock hundreds of millions of dollars from the public purse to renovate the 1983-opened domed stadium, a project that happened while aging hospitals in Metro Vancouver and the Okanagan still wait for major capital upgrades, including earthquake prone St. Paul's Hospital in downtown Vancouver.

Bill Bennett was the minister responsible for the renovations. His submissions to the Treasury Board (obtained through this reporter's Freedom of Information requests) made the case that time was of the essence.

In a July 16, 2008 submission, he said the 2010 Olympics organizing committee, which would eventually use BC Place for Games ceremonies, wouldn't impact schedules for design, engineering or preparation of the structure to allow the retractable roof and seismic upgrading of shear walls and columns. But approval of pre-Games refurbishment was required. He also mentioned the Vancouver Whitecaps' bid to join Major League Soccer as leverage.

"With two months required for the (request for proposals) period and awarding of contracts to the start of work, approval is required now in order for the improvements to be completed in time for the handover for the 20I0 Games," state the documents. "A deferment of this program will therefore delay the start to post Olympics, and result in up to a two-year delay on completion. It will therefore jeopardize the potential for the Whitecaps to bring a Major League Soccer franchise to the Province and BC Place."

The work was obviously approved. The Whitecaps were granted entry to MLS in March 2009 and began play in March 2011 at a temporary stadium on the old Empire Stadium site while the challenging work continued on the new BC Place roof.

Page five of the business case referred to the January 2007 rip and collapse of the roof that acted as the project catalyst. It was a fleeting reference that did not go into detail about how management wanted to save money but didn't heat the roof to melt the heavy, wet snow on the first Friday of 2007.

The documents mentioned a shutdown period of about eight months would be needed to install the roof following the Olympics; it actually took double that time, from the May 2010 deflation of the original Teflon-coated fibreglass covering until the reopening of the stadium under a German-engineered retractable setup for the Lions' game against the Edmonton Eskimos on the last Friday of September 2011. The myriad challenges were hampered by grease leaking from the cables and resulted in embarrassing rainwater leaks throughout fall 2011, including the eve of the Grey Cup championship.

"In preparation of the Business Case, PavCo has worked with Provincial Treasury staff in modeling the benefits and costs of the two roof alternatives and in modeling the free cash flow projected to be available to PavCo over the life of the roof to finance the construction," stated Bennett. "These models are an integral part of the Business Case."

(The cost estimates and re-roofing options were all censored. Despite approval and eventual completion of the project, the government claims it doesn't want to break cabinet's traditional secrecy and it fears disclosure would financially harm the government.)

We do know from another document, a January 2008 letter from then-PavCo chair David Podmore to Vancouver city manager Judy Rogers, that PavCo's original concept was expected to cost just $100 million. That formed the basis for an NDP complaint to auditor general John Doyle last year, who agreed to consider an audit.

His successor, Russ Jones, won't comment. BC Place, however, is nowhere to be found on a list of works in progress.

The report said "no public consultation is required on replacement of the roof, per se." Though, consultations characterized as "positive" did take place to gauge interest in potential residential and commercial opportunities on the BC Place lands. Vancouver city council approved the official development plan in 2008 for BC Place within its Northeast False Creek lands process, including 1.4 million square-feet of allowable development rights.

It turned out PavCo was talking to Las Vegas-based Paragon Gaming about building a casino/hotel complex west of the stadium. The plan was announced after the Olympics and it was revealed how former B.C. Lottery Corporation chair Rick Turner became a Paragon director and lobbied the government to buck up for the retractable roof.

Paragon's proposal to pay PavCo a $6-million-a-year lease to build and operate Western Canada's biggest casino was nixed by city council in 2011, but it was allowed the right to move the existing Edgewater Casino licence without an increase in the number of slot machines and tables. After the 2013 provincial election, Paragon revealed it had a new deal with the province, but for only $3 million a year. It awaits city hall's rubber stamp before beginning construction.

The table of contents for the November 2008 BC Place Roof Replacement Business Case included chapters about stakeholders, goals and objectives and roof replacement options.

(In addition to appendices with the following titles: Current Lines of Business and Gross Margin by Event Type, Occupancy Profile, BC Place Operating Results 2004-2010, High, Low and Median Estimates of Costs and Incremental Revenues.)

PavCo justified the expenditure, claiming its aim was to minimize BC Place's carbon footprint by converting the roof to a less-energy intensive structure than the air-supported dome.

"Trade and consumer shows comprise the largest portion of building revenues, while sports and spectator events are the driving factors for sponsorship and food service revenues," the business case said. "Also host to a variety of special events, major rock concerts, amateur athletics, community events and large banquets, BC Place has also garnered a good reputation as a venue for movie shoots."

One of the appendices illustrated the low use rate during summer months, when "solar gain through the roof fabric generates temperatures under the dome that are uncomfortable for most types of events that might otherwise be revenue producers for BC Place."

A bar graph showed February and March event occupancy near 100 per cent, October at 80 per cent and November at 70 per cent. June, July and August were all under 20 per cent. The business case also cited the poor acoustics and the air-lock system that hampered move-in and move-out for event producers under the inflated roof.

"The improved acoustic and temperature control capabilities inherent in other roof designs and the flexibility to reconfigure internal space would dramatically enhance the facility's role and business opportunity as a venue for higher margin arts, culture and sports events, particularly international 'friendlies' and other competitions sanctioned by international sports federations."

The government's Economic Planning Group estimated that, during fiscal 2009, $59 million in economic benefit and $5.3 million in tax revenues would flow to the province.

"Approximately one-third of this impact, or $22.3 million, is created by non-resident spending at BC Place events," said the report. "In addition to the full-time work contingency at BC Place, the facility sustains about 982 full-time equivalent jobs."

"If you look at the economic experience of cities across North America over the last 30 years you'll find no evidence that sports teams or facilities are engines of local economic growth," said Humphreys, former president of the North American Association of Sports Economists. "That is, it does not appear that they were linked in the past to any significant increase in employment or income per person in the cities that were host to those teams and facilities."

The version of the business case made public doesn't include cost information. The government announced a $365-million budget for the renovations in January 2009, five months before the provincial election.

What the government didn't say was that it had paid out $15.2 million in compensation to Telus after the Vancouver telecom's $40 million naming rights sponsorship was controversially cancelled by the Liberals in February 2012.

After the casino, that was the only other line of revenue expected to help reduce PavCo's debt.

The latest PavCo service plan shows a forecast to chip only $829,000 off the $150-million debt from a government loan since last fiscal year.

PavCo did dodge a bullet late last month when a blockbuster, 105-day B.C. Supreme Court trial was abruptly stopped in its first week. French roof cable contractor and the Quebec steel contractor reached an undisclosed out-of-court settlement. Freyssinet said it was owed $6.8 million from the job, but Canam blamed Freyssinet negligence and breach of contract for the $40.5 million it suffered in cost overruns. PavCo was named as a secondary defendant by Freyssinet. The risk of embarrassing revelations about the construction project's difficulties was greater than the prospect of PavCo being assessed damages by a judge.

While the Whitecaps and Lions are finding it harder to sell tickets than they originally thought -- their home games are available on high definition TV -- PavCo has claimed sellouts for big ticket concerts by Paul McCartney and Roger Waters. To bring the Grey Cup back for November 2014, it paid the Canadian Football League $2.7 million.

In an effort to bring business to the stadium, the government created the Times of India Film Awards for April 2013 at a cost of $9.5 million for the one-night-only pre-election Bollywood extravaganza that included embarrassing cameos by Premier Christy Clark and Finance Minister Mike de Jong. On March 2, it hosted what was supposed to be the last National Hockey League outdoor game of 2014. Instead, an audience of 54,194 witnessed the biggest NHL indoor game. The roof stayed shut for the Ottawa Senators and Vancouver Canucks as flurries changed to showers.

In the end, what has the new roof amounted to?