The panel reviewing the proposed Site C dam on the Peace River in northern British Columbia concluded the project would provide cheap power that will be needed eventually, but that the power likely won't be needed as soon as BC Hydro thinks. 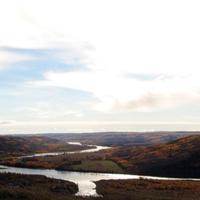 B.C. Energy Minister Bill Bennett said the provincial and federal governments have until September to make an environmental decision and the province will make an investment decision by the end of the year. If the project proceeds, BC Hydro is planning to begin construction in January 2015, he said.

"B.C. will need new energy and new capacity at some point," found the Joint Review Panel Report in its 471-page report. "Site C would be the least expensive of the alternatives, and its cost advantages would increase with the passing decades as inflation makes alternatives more costly."

It did not, however, believe BC Hydro had shown the project would need to be completed by 2024 as it's proposing. "The Panel concludes that the Proponent has not fully demonstrated the need for the Project on the timetable set forth," it said.

The report includes 50 recommendations for the project, on topics that include fish habitat, wildlife, heritage, First Nations' treaty rights, agriculture, transportation and human health. It comes after three years of hearings and deliberations, 29,000 pages of evidence from BC Hydro, and some three decades of planning.

Site C would be the third of a series of dams on the Peace River and would flood an 83-kilometre long stretch of the river to generate 1,100 megawatt hours of electricity.

Report critical of BC Hydro planning

In places, the report is critical of BC Hydro's planning, including the failure to compare Site C with alternative sources of power, to explore the possibilities of geothermal energy or to forecast the likely cost of electricity in the future.

"Basing a $7.9 billion project on a 20-year demand forecast without an explicit 20-year scenario of prices is not good practice," it said. "Electricity prices will strongly affect demand, including Liquefied Natural Gas facility demand."

The report raised concerns about First Nations treaty rights and found the project "would likely cause significant adverse cumulative effects on current use of lands and resources for traditional purposes."

And it acknowledged that while the loss of farmland would be insignificant in the context of western Canada, it would be "highly significant to the farmers who would bear the loss, and that financial compensation would not make up for the loss of a highly valued place and way of life."

In a few places, the panel recommended referring aspects of the project to the B.C. Utilities Commission, and said a first step should be for the regulator to examine the cost of the project and the ultimate cost per unit of energy it would produce.

'We won't be doing that': minister

Asked by reporters about the recommendation to refer aspects to the BCUC, Bennett said simply, "We won't be doing that."

BC Hydro has studied the project for 35 years and the accounting firm KPMG has reviewed the costs, he said. He also noted the $8-billion budget includes $1.7 billion for contingencies and inflation, as well as $1.5 billion for interest.

Bennett expressed sympathy for farmers whose land would be flooded. "I'm sure if I was in their shoes, I wouldn't feel that good about it either," he said. The project would be for the greater good, he said, adding he hoped "to work with families and avoid expropriation, but I'm not sure we can do that."

It's difficult to precisely plan the electricity system, but power demands are growing and it will take at least eight years to complete the Site C project, he said.

"What we have to do as the provincial government, and what the federal government must do, is determine whether the impacts of the project are justified by its benefits," he said. "We'll take our time to carefully consider the report as we come to a decision."

B.C. New Democratic Party leader John Horgan has said in the past that the power will be needed eventually, as will Site C, but it's a question of whether it's needed right now, particularly given the opposition of First Nations and the threat to farmland.

Today he joked that the Joint Review Panel's report reads like something he could have written. "I'm pleased the Joint Review Panel has recognized the BC Liberal approach to an $8.5-billion project has been reckless," he said. "I would call it a red light, and let's reassess where we're going."

B.C. might not need the power and the province doesn't have the money for the project, he said. Horgan also said the panel was right to value the BCUC and that it would be useful to get a clear assessment of the project from the independent experts at the commission.

In recent years, the BC Liberals have been buying more power than the province needs at prices that are above the market rates, Horgan said. "We used to sell and make money. Now we sell and lose money."

Technology is changing quickly, he said. and it may not be long before everyone has solar panels on their homes to generate power.

The BC Green Party said in a press release that while the report doesn't make a clear recommendation on whether the project should proceed, it highlights the permanent damage it would have on the environment, farmland and wildlife.

Combining the current system of dams with new sources like geothermal, wind, tidal and small-scale hydro would "provide substantially improved firm energy and capacity," it said. "This approach would be less damaging to the environment and, distributed around B.C., it would provide future power requirements with better cost and employment outcomes."

The Wilderness Committee and the David Suzuki Foundation environmental groups released statements highlighting the panel's findings that Site C would have significant adverse effects and expressed hope the provincial and federal governments would reject the project.