[Editor's note: This is part of a series of reports on successful youth-focused projects resulting from collaboration between indigenous communities and philanthropic organizations. Leading Together is itself a collaboration of Journalists for Human Rights, Tyee Solutions Society, Wawatay Native Communications Society, and the J. W. McConnell Family Foundation which commissioned this journalism. In coming weeks look for more Leading Together stories from across Canada running Tuesdays and Wednesdays in The Tyee.]

Gabrielle Scrimshaw's story is a twist on the classic Bright Lights Big City tale: a young 20-something moves from a small town to the biggest city in Canada, and can't find her feet. 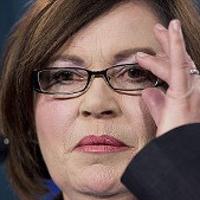 But unlike James McInerney's novel of the same name, in this version the 20-something in question is not overwhelmed by her new surroundings. Instead, Scrimshaw broadens her path to urban success, so that others can make the same leap.

A Denesuline from Hatchet Lake First Nation, Scrimshaw grew up in Duck Lake, Saskatchewan, population 810. After graduating in the top five per cent of her class with a business degree from the University of Saskatchewan in April 2010, she found herself on the executive track at Royal Bank of Canada, accepted into the bank's competitive Graduate Leadership Program.

That meant moving to the biggest city in Canada.

"No one in my family had ever worked for a large corporation," said Scrimshaw. She was lonely. She yearned for a place where she could feel centred in her culture, while at the same time pursuing her professional ambitions. But to her surprise there was not one organization in the Greater Toronto Area that fulfilled that mandate. So, she set out to create it, working through Toronto's DiverseCity Fellows program to co-found the Aboriginal Professional Association of Canada, or APAC.

Tracey King, an Ojibway and Pottawatomi from Wasauksing First Nation, is the aboriginal human resources consultant at Ryerson University. She's also an APAC board member and co-chair of programs.

"There are still challenges our aboriginal post-secondary students are facing when entering careers, getting their foot in the door," said King.

"Maybe they're a first generation student, the first to get a university or college education. They don't have established networks in their area of interest or in different industries and sectors."

A membership-based organization, APAC is intended to connect, support and promote outstanding leadership within the indigenous professional community. It offers professional development, network growth and the recognition of excellence.

In the early spring of 2011, Scrimshaw secured a spot in the DiverseCity Fellows program, a one-year leadership development initiative run by CivicAction and the Maytree Foundation. Fellows are invited to pitch action projects designed to facilitate positive change on a given city-building issue.

Another DiverseCity Fellow and now a senior manager at Accenture, Richard Wiltshire encouraged Scrimshaw to put forth her idea for a pitch on APAC. It became one of five that made it forward out of an initial 14.

"I recognize the value of professional development and professional networking," said Wiltshire. "When Gabrielle told me that this type of service wasn't available for a particular community, I realized it was something that could really help."

"In Gabrielle, we had someone who was willing to take on the responsibility as co-founder," Wiltshire said. "Gabrielle was very committed. She became easy to rally around."

The challenges were many. Getting broad community buy-in was one. Gathering as much community feedback as possible was another. And of course, there was the challenge of growing volunteers and organizing a launch event.

"You can't have a membership-based organization based on one person's idea," Scrimshaw said. "We made as many touch points with the community as we could."

In Dec. 2011, APAC consisted of seven young professional volunteers, both indigenous and non-indigenous. It had a large mandate, but limited funding and hours to complete the work.

"We were a train going down the track, putting the track down right in front of us and moving as we needed to move," Scrimshaw said.

Need: Lack of means for indigenous professionals to obtain support, network or access professional opportunities, while feeling centred in their culture.

Partnership: Effectively leveraging the skills of colleagues in the DiverseCity Fellows program to build an initiative that serves a community need while bridging between indigenous and non-indigenous urban populations.

What's worked: Reaching out to engage a broad swath of the community; taking the opportunity to focus on students.

Challenges: Fulfilling a broad mandate with limited resources; getting the feedback to build community buy-in.

Lessons learned: Make as many touch-points with the community as possible.

'I don't want them to feel the same gap'

With generous foundational sponsorship from RBC and Accenture, APAC was able to grow its membership to 250 members in two-and-a-half years. Funding from the Urban Aboriginal Strategy (UAS), which facilitates community-based partnerships between the government, indigenous organizations, and the private sector to help improve social and economic opportunities for indigenous people in cities, has helped APAC shift some of their focus to student initiatives and mentorship.

Russell Evans, a 35-year-old of Cree/Ojibway and Welsh descent, is a PhD Candidate at Queen's University. He first heard of APAC in 2012 when he was in his second year. His degree is focused on Behavioural Accounting with and within indigenous communities.

Evans grew up separate from his mother's indigenous culture, and was looking for ways to connect. He became a member and started volunteering for APAC by lending his accounting skills. He joined the Board of Directors in early 2013 and serves as the treasurer.

"When the time comes to completing my PhD, and I need help getting access to individuals [in leadership] on reserve," Evan said. "I have the connections now to make that happen."

Akeesha Nadjiwon, 19-years-old and Ojibwe from Rainy River First Nation, is the president of the indigenous and Allies Student Association at the Ontario College of Art and Design. She attended the inaugural aboriginal Professional Summit last November and is pleased that APAC is focusing on student initiatives.

"Back in the day, if you were going to be a medicine person, you go and work with elders. I like the idea of bridging the gap between youth and adults," said Nadjiwon. "Every time I work with youth, I'm always so astonished by their potential. Having that professional training as a mentee would really help [tap it]."

APAC is working to bridge those gaps. The ultimate goal is for future generations of indigenous youth to have an easier time than Gabrielle Scrimshaw did, when making that transition from student to professional.

"In 20 years, whenever my nephews and nieces are finished university or college or whatever they decide to pursue, I don't want them to feel the same gap in feeling supported as a young indigenous person that I felt," said Scrimshaw. "For me it's about what I can do to make their lives better."