ABOUT APATHY IS BORING

Challenges: Youth not seeing the use of engaging politically in a system they neither respect nor feel reflects their background and values; creating workshop materials for a multitude of languages.

What worked: Adapting workshop materials to an Indigenous audience; building youth awareness of cultural, historical and political context; effective use of the Internet to organize and coordinate groups.

Lessons learned: The value of perseverance: taking a long time horizon, recognizing that some youth may transition from being cynical and angry to being critical and influencing the system through electoral power. 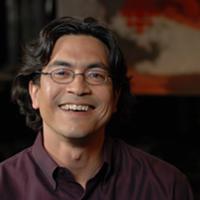 How Do We Inspire Indigenous Youth?

The first sound to crystallize over the crunching snow was the drums. Thrum, thrum, thrum -- just a hair faster than a heartbeat. As the crowd advanced, the singing began. A break opened in the line of heads held high -- two small boys at the front of the procession, proudly pounding their instruments. The banners brushed the bottom of the traffic lights and, standing shoulder-to-shoulder, the crowd stretched the width of the street. This was Dec. 15, 2012, in North Battleford, Sask. Here, as in so many other places around the country, Indigenous peoples had gathered to lend their voices to the Idle No More movement.

"Idle No More spoke to the most oppressed and marginalized members of Indigenous communities -- women and youth," said Eugene Boulanger, a director at the Dechinta Centre for Research and Learning and a member of the movement. Youri Cormier, executive director of the Montreal-based national organization Apathy is Boring, described the movement as a flash, illuminating on the international stage a new generation of Indigenous youth. Politically savvy and actively engaged, they're one of the fastest-growing voter groups in Canada.

Apathy is Boring and the Congress of Aboriginal Peoples (CAP) have put together a series of materials for Indigenous youth to encourage that engagement, called Find Your Voice. The project, which went through a pilot process beginning in February 2013 and is now expanding in earnest, is designed to give Indigenous youth the tools they need to effect change.

Find Your Voice has culminated in a toolkit of downloadable presentation resources that enable young people to run leadership workshops in their communities and inspire their peers. This is the result of a painstaking collaborative effort between CAP and Apathy is Boring to adapt the voter mobilization materials developed by Apathy is Boring to the needs of Indigenous youth.

Communication was one of the many challenges. The manual begins with the word for hello in 16 different languages, and the materials were revamped to add more visual elements. There are three headings throughout the guide: "Ask an Elder," encouraging the youth to seek wisdom and guidance; "Make It Yours," which suggests they put their own spin on something; and "Go Further," a push to seek out more information on the topic at hand. The Find Your Voice project wants to help young leaders translate their knowledge and energy into direct influence, but with Indigenous youth, participating directly in the Canadian governmental process comes weighted with questions of history and identity.

CAP and Apathy is Boring hope to inspire youth to fight for change in their communities, said Jessica Bolduc, CAP's national youth representative. That could mean getting stop signs put in place, writing a member of Parliament, or even running for band or municipal councillor. One CAP member from Prince Edward Island says in a video made about the project, "Before I do anything now, I think -- it's going to sound funny, but -- seven generations ahead, what will people in the future think of the decision I'm making right now?"

As part of the pilot project, weekend-long workshops were held all over the country to gather feedback from youth participants. The reaction to the first workshop, in Moncton, was telling: participants wanted longer and more frequent sessions. "It's so cool to know that there are youth who are that keen to make their voices heard," said Laura Dunn, a former Apathy is Boring intern who worked closely on the project. The conferences created a space where elders could tell young people why participating in democracy matters to them. As elders were sharing their stories of civic engagement, Dunn said, you could feel the excitement of the younger generation that was gathered in the room.

'They blew my mind'

The Find Your Voice materials are designed so that the youth have access to everything they need to host their own workshops, but recently, Cormier travelled to North Battleford to deliver the presentation to 80 Indigenous youth leaders himself. Gathered in the room was a more engaged, passionate and aware group of young people than he had ever seen, way ahead of the non-Indigenous youth that he's worked with in their age group. "They blew my mind in terms of where they were at in their level of analysis and deconstruction of the system and political savvy," said Cormier. "Idle No More was a spark of interest in what it means to be a citizen. That's where, a lot of people decided, we need to start getting the vote out."

But while politicians and activists may be setting their sights on the Indigenous youth vote, many of these young people don't feel there is anything to be gained by taking an active role in a process of governance that has never respected their needs.

"The paradox of 'to vote or not to vote' is definitely a theme that the movement is stirring up," writes Colby Tootoosis about Idle No More on the website Last Real Indians. Tootoosis goes on to describe both sides of the argument, saying pro-voting Aboriginals believe their ancestors fought for the right to vote so they could change the system from within. On the other hand, he writes, treaty fundamentalists see voting as conforming to the colonial system. Indigenous nations are independent -- why should they participate in another country's electoral process?

"If the government does recognize the needs of Indigenous youth, beyond economic development potential within a petro-capitalist framework for the benefit of Canadian markets," said Boulanger, "it will be a cautiously prescribed recognition. What Idle No More called for at the very core of its messaging and ideals was resurgences of Indigenous values, which are often incompatible with the North American status quo's values of materialism, individualism and commercialism."

Cormier thinks the gap can be bridged: that youth might begin to see a way to shift the balance of power through electoral channels as well. "A lot of them turned that political energy into cynicism rather than positive thinking," said Cormier. He's quick to point out that cynicism isn't necessarily a bad thing, but he does encourage youth to transition from being cynical to being critical. "There's a history of policies in Canada that have been racist and very destructive to the communities. I think there's a lot of resentment," Cormier said. Idle No More was an expression of that resentment, and it led to what he calls an indirect power. His hope is that Apathy No More can help these young leaders transform that indirect power into a direct electoral influence.

Issues of identity are always at play when the Indigenous youth movement interacts with the Canadian government. Bolduc thinks the Find Your Voice project could help work through some of these challenges by bringing a discussion of history into the conversation, helping to overcome the disconnect youth feel from their culture and their history. "In my experience, Indigenous youth who are aware of their history are always willing to work for change in a variety of processes," said Boulanger.

But it's not just the youth who will need the benefit of such awareness. It's a context all Canadians need to understand. Enabling Indigenous youth to express their history themselves could be empowering. "I think it gives people confidence to own whatever it is that they want to do," Bolduc says.

Another tool that has been a great asset to that empowerment has been the Internet. "Idle No More was afforded the magnitude and virality it is recognized for through access to new tools such as web-based social networking platforms," said Boulanger. This is a medium where young leaders are savvy and comfortable, and the second element of Find Your Voice capitalizes on this system of communication and connection. "Idle No More perhaps did serve as the catalyst of a new generation of 'digital natives' who will explore what Indigenous struggles for self-determination will mean for them today, building on the legacy of their ancestors," Boulanger said. To that end, CAP and Apathy is Boring have collected exhaustive resources to help youth navigate the bureaucracy of change.

"You never get the big thing all at once," Cormier said, "But as soon as you gain little victories here and there, they accumulate, they inspire, they lead to more." Cormier believes Indigenous youth are in a position to completely redefine the country. Idle No More was a spark, and the Find Your Voice movement is one of the many hands helping to fan the fire.