If Monday's Congress of Aboriginal People's meeting in Vancouver is any indication, indigenous people living off reserve in British Columbia feel no one represents their needs on a provincial or federal level. 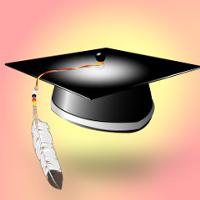 Call of the Spirit: Stories of Success in Indigenous-Led Post-Secondary Education

"We don't hear from our political organizations unless they need something from us as a people," said Dan Wallace, an urban Aboriginal man who attended the meeting held at the Vancouver Native Friendship Centre.

"When I leave the reserve, the only way I can get representation is if I... go sign up and give my dollar or two dollars to become a bloody member of [United Native Nations Society] or Congress of Aboriginal Peoples."

Although the Congress of Aboriginal Peoples (CAP), the national organization that represents Aboriginal people living off reserve and those without First Nations or Inuit status, said it doesn't have membership rolls, the point wasn't lost on CAP's national chief Betty Ann Lavallee.

"[Metis and non-status people] lacking the protection of Aboriginal Affairs are far more exposed to discrimination and other social disabilities," said Lavallee. "It's true to say that through the actions of federal initiatives in this field, they are the most disadvantaged of all Canadian citizens."

The Vancouver meeting was the second in a national tour by Lavallee and CAP CEO Jim Devoe, made possible through federal funding.

"This is something that I've been wanting to do since I took over as the national leader," Lavalee said. "Actually get into [urban] communities and talk to people and say, 'What are your problems, what are your issues?'"

The list of issues plaguing Aboriginal people living off reserve is vast, from the lack of affordable and safe housing; to poor education outcomes; to the fact that jobs and skills training are aimed mainly at status Aboriginals. There also remain hundreds of unsolved cases of missing and murdered indigenous women across Canadian cities and towns.

Vancouver is the poster child for many of these issues, with 30 per cent of its visibly homeless people identifying as Aboriginal, despite making up two per cent of the city's population.

Despite making up 10 per cent of the province's youth, half of children in B.C. government care are Aboriginal.

"My mother was a residential school survivor... I went through just as much as my mom did, not only being in her care, but being in the Ministry of Children and Family [Development]'s care. But to this day, nobody's really acknowledged it," said Melanie Lecoy, a single mother of five who attended the meeting.

Despite these issues being relatively well known, the government is effectively silencing urban Aboriginal people in British Columbia by not funding its provincial organization, the United Native Nations Society (UNNS), said Bill Lightbown, a board member of Aboriginal Life in Vancouver Enhancement Society, and a UNNS founding member.

"There is no voice that [is] reaching out and... informing the general public in regards to who and what we are, and what our rights are. I just want to make sure that everybody understands that we are presently in a state of crisis," he said.

Currently, CAP is struggling to help non-status Aboriginals out of that crisis. But the organization has been plagued by crises of its own.

Although it's existed since 1971, CAP (formerly the Native Council of Canada) is in the process of rebuilding its national presence after what Lavallee called "its own share of problems as a national organization," including 16 different lawsuits, now settled, at least one of which was brought by former CAP president and disgraced senator Patrick Brazeau for defamation, which was settled out of court.

"When I decided to take on the challenge at the Congress," said Lavallee, who has been chief for six years and sat on CAP's board prior to that, "I made up my mind that the old way of doing things was not prudent."

Changes include splitting the organization in two, separating its political and administrative functions to prevent political interference, and improving relations with the other four national Aboriginal organizations: the Assembly of First Nations, the Native Women's Association of Canada, the Metis National Council, and Inuit Tapiriit Kanatami.

CAP also saw a court victory in 2013 with the Harry Daniels case, which found Metis and non-status Aboriginal people are Indians under Canada's Constitution, despite not having official status under the Indian Act by living on a reserve or being a member of a government-recognized band.

Although the ruling didn't comment on whether government must provide non-status people equal services, CAP believes that's what it indicates. The federal government, which has spent $10 million fighting the case, appealed the ruling. Both sides currently await the Federal Court of Appeal's decision.

"This court case will go to the Supreme Court of Canada. There's no ifs or buts about it -- it's a play for time. [But] the Congress remains confident that the decision made by Justice Michael Phelan will be upheld," said Lavallee, who added CAP has spent almost $14 million on the case in the last 14 years.

'We fight to be at the table'

While CAP has regained stability, a 30 per cent federal cut to project funding in 2013-14 has crippled the organization.

CAP itself does not provide services on the community level. Instead, it supports its nine provincial and territorial organizations in doing so, including the United Native Nations Society (UNNS) in B.C., which is the holding company of BC Native Housing Corporation, providing social housing and housing programs in the province.

Those nine organizations make up CAP's board, and vote on behalf of their memberships to elect CAP's president. CAP's electoral system operates similar to that of the Assembly of First Nations -- an issue that was brought up by several people at the Vancouver meeting.

"One resource that's missing is us," said Dalannah Gail Bowen. "Even in the Downtown Eastside, we fight to be at the table where decisions are made. And I am suggesting to you that there would be resources from all kinds if you tapped the people in this country that are from First Nations heritage. We don't have the opportunity to represent, because we're not invited to the table."

Some groups at the meeting, such as ALIVE, have managed to make some progress in representing urban Aboriginal people. ALIVE worked with the City of Vancouver to create its Urban Aboriginal Advisory Council, and has a membership of over 900.

Vice president Penny Kerrigan said ALIVE's partnerships with non-Aboriginal groups, such as Ray-Cam Community Centre and the University of British Columbia's RICHER initiative, have resulted in a 25 per cent improvement in health outcomes of the mostly Aboriginal youth at Ray-Cam.

"I believe that there is an answer. And also I believe in social enterprise: I believe in going to corporations, going after resources in foundations that you haven't tried. We don't need federal handouts," Kerrigan said.

Lavallee acknowledged federal funding was limiting CAP, and that she's looking for alternative funding sources. But she added no one organization, or one leader, could fight for Aboriginal rights alone and succeed.

She called on everyone at the meeting to stop what she referred to as "lateral violence" -- infighting that fractures the Aboriginal movement -- and work together.

CAPs meetings are expected to continue until next week. The organization has promised to put its findings into a final report, to be released by early summer, and used to lobby the federal government for more off-reserve Aboriginal services.