Mary Polak overcame her controversial early reputation as a staunch social conservative opposed to gay parenting books in schools to become a rising star in the BC Liberal government. 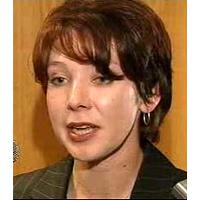 The Silence on Sex Candidate

But the Langley MLA's leading role in the Surrey School Board's late '90s fight against gay-themed books has come back to haunt her and jar her party's election media messaging in the campaign's final week.

Todd Hauptman, a young gay man, resigned Tuesday as campaign manager for Polak, saying in a media release that "I have had enough of being marginalized and I am tired of politicians making endless excuses for political gain."

Polak came to prominence as the right-wing chair of the Surrey School Board, supporting a ban on the use of three children's books that portrayed families by same-sex parents as normal. She'd been recruited and mentored by Heather Stilwell, a high-profile crusader against abortion, homosexuality and sex education. Both Polak and Stilwell were conservative Catholics.

Some prominent BC Liberals were uneasy about her ascent in cabinet, including a radio talk show host named Christy Clark who four years ago questioned the wisdom of promoting someone who's "pretty far on the conservative side of things." But the articulate and energetic Polak impressed former premier Gordon Campbell and her former doubter, Premier Clark, and has served as minister of aboriginal relations and children and family development and now transportation.

But her political ascent hasn't made people, including her former campaign manager, forget the Surrey book ban.

In an interview with CBC News, Hauptman said that while Polak had been personally supportive of his openly gay identity, she had failed to defend the gay community when questioned recently about the school board's $1.2 million legal fight over its ban on three books about same sex parents. The Canadian Supreme Court eventually ruled against the school board ban.

"My friend Mary missed an opportunity and I had to reconcile with who I truly am and my fundamental beliefs, and who I'm working for," Hauptman told the CBC. "And ever since last Tuesday, I've struggled, but I feel this is the best course of action."

Hauptman was spearheading Polak's campaign in Langley against New Democrat Andrew Mercier and BC Conservative leader John Cummins. While Polak is the favorite, Mercier could challenge if Cummins takes enough former BC Liberal supporters away from the incumbent MLA.

Polak said in media interviews Tuesday that Hauptman never told her about his decision to resign. But she acknowledged, according to Global BC, that he did express concerns after an all-candidates debate that she hadn't adequately responded to a question about the book ban controversy.

Hauptman's media release contains no mention of Polak's role in the gay parenting book controversy. Instead, he charged that many BC Liberal voters hold hateful views towards people with his sexual orientation.

"While I can say without hesitation that Mary has always shown me respect and love, and was a source of strength and encouragement when I 'came out,' I have been conflicted beyond words these past weeks," wrote Hauptman.

Todd Hauptman: 'I had to reconcile with who I truly am and my fundamental beliefs, and who I'm working for.'

"You see, the very base of voters who will likely help Mary get re-elected in just one-week's time are made up of individuals who hold hateful attitudes towards the community I am a part of."

Hauptman continued to write that "I simply cannot in good conscience support a campaign made up of people who think of me as less of a person because I am gay."

'This will likely ignite debate': Polak

In an interview with The Tyee, Polak said that both the BC Liberals and the NDP probably have supporters who are troubled by openly gay people. "I don't think it surprises any of us to know that for a young man who comes out, I'm sure he experienced negative reaction from some people. That's what happens, but it's not something that has happened within our campaign team."

Polak said that Hauptman announced his resignation just hours after she met with him to discuss allegations that he could be the source of internal information reaching the rival NDP campaign team. Polak said she was told that Hauptman has a "very close relationship" with a NDP campaign organizer, and "there were a few indications that information from him was making its way to their campaign."

Polak added that she doesn't believe Hauptman would have deliberately provided campaign information to the NDP. "I don't think he has that intention in him. He's a wonderful young man. But he is also very new to politics at this level."

Asked whether her actions at the Surrey School Board hadn't accommodated the kind of anti-gay attitudes cited by Hauptman, Polak said: "That is perhaps the saddest part of this. Unfortunately, this will likely ignite debate and division instead of what we truly need, which is to come together in love and support around one another."

Just days before the controversy broke, in a weekend interview, Polak said that she is no longer defined by her previous reputation as a social conservative.

"It's always challenging for people covering politics to communicate somebody's identity in the short column space you've got. So it's natural that I would get fairly narrowly defined given some very high profile issues.

"I think now that I've been in politics since 1996 and a MLA since 2005, I think people have seen that there is much more to me than just what might be apparent on the social conservative side."

As Polak talked, Hauptman stood at her side, listening.