[Editor's note: Half of Metro Vancouver's households are renters. Private property owners provide most of the apartments they live in. If either side has a complaint about the other, the dispute is likely to end up before the provincial government agency in charge of landlord-tenant issues. What happens next is anybody's guess. In this latest installment of her Tyee Fellowship series on Vancouver's rental housing crisis, Jackie Wong gets a rare glimpse inside the Residential Tenancy Branch.]

Every business day, dispute resolution officers working for the Residential Tenancy Branch (RTB) -- the arm of the provincial government that polices landlord-tenant conflicts -- convene arbitration hearings across the province. What goes on in them is difficult to know. 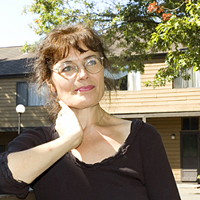 If Landlords Renovate, Must You Vacate?

Even seasoned veterans say the agency is shrouded in mystery. "The RTB is Fort Knox," tenant activist Christine Ackermann tells me. "You can't get in. You can't get information. They won't release it."

Regular courts maintain public records of their decisions to guide future litigants. The public agency designed to settle the hundreds of disagreements that arise every year over rental housing does not. While the RTB website reports selected arbitrations, it's not searchable by tenants', landlords' or resolution officers' names.

Since fending off eviction from her own West End studio in 2008, Ackerman has helped dozens of other tenants apply to the RTB for arbitration through her volunteer work at the West End Residents Association and Renters at Risk. The agency's lack of transparency, she says, leaves applicants at a steep disadvantage.

"We don't even know the job description for a DRO [dispute resolution officer]," Ackermann says. "And frankly, from what I've seen at over a dozen hearings now, you don't get consistency from them... it's very difficult for tenants to defend their positions when they have no consistency from the governing body."

The RTB was previously part of the now-defunct Ministry of Housing and Social Development. Following the March 14 cabinet shuffle, BC Liberal MLA Rich Coleman was appointed Minister of Energy and Mines and Minister Responsible for Housing. As a result, the RTB now falls under the Ministry of Energy and Mines, which also looks after housing and construction standards, building safety and housing policy.

The branch has offices in the lower mainland in Burnaby, Kelowna and Victoria. There, dispute resolution officers convene daily landlord-tenant arbitrations using the Residential Tenancy Act as their guide.

Minister Coleman and RTB executive director Suzanne Bell declined my repeated requests for interviews over five weeks. Instead Coleman's office issued a point-form statement it said was a response from both.

Likewise, I could not find a dispute resolution officer who would speak on the record about his or her job.

One person, now a practicing lawyer who used to work as a DRO, was willing to talk -- although she asked that I withhold her name because she doesn't want to jeopardize her former co-workers or risk professional relationships she maintains with some of them.

She started by explaining why no working DRO was likely to give me an interview. Doing so would result in disciplinary action from management, she said.

During her time as a DRO, she had no access to a telephone to speak with people involved in a hearing. Any emails were internal office emails, never to clients and definitely not to journalists.

"It's very much emphasized to keep the dispute resolution officers isolated, and to have them not really interact with anybody except during the hearing. And then after the hearing, they write up the decision, and that's it," she says. "In some ways, that makes a lot of sense. There shouldn't be a reasonable apprehension of bias, or a feeling that they've talked to one side and not the other."

Even so, the isolated working conditions and lack of communication with stakeholders created a culture of secrecy unusual for a public tribunal, this former DRO says.  She first dealt with the Residential Tenancy Branch as a law student, representing tenants. The DROs she encountered were lawyers. It was only when she later went to work for the RTB herself that she discovered a law degree was not a job requirement. Some of her colleagues had held other quasi-judicial roles, such as working as inspectors for the Liquor Distribution Branch.

The diverse professional backgrounds made for inconsistency in how they wrote decisions, this legally trained ex-DRO found. Basic legal concepts of procedural fairness, particularly the right to be heard and to receive thorough, written decisions after the hearing, were unevenly applied.

DROs were expected to conduct three hearings a day, which started at 9:00 a.m., 11:00 a.m., and 2:00 p.m. Hearings usually took place by teleconference and management wanted them done in an hour.

"I don't know if the non-lawyers had actually absorbed or appreciated those things, like the right to be heard," she says now. "If you're encouraged to get the hearing done within an hour and you're not a lawyer who understands that each party has the right to be heard during that hearing, you might cut people off, rush it, get it done. Technically, that's not proper."

"Many, many times, we felt from management that we did have to rush through and complete a hearing, wherever possible, within one hour. And of course you can't always do that in these cases that are more contentious."

The DROs had no choice over the nature of hearings they would convene during a given day. "There wasn't really, from my experience, any rhyme or reason as to how those were allocated," she says.

The majority of cases she heard were for non-payment of rent, decisions that could readily be written up in one hour. But DROs were discouraged from conducting extra research or taking extra time for more nuanced or contentious cases.

"Tenants' applications, I found, were quite a bit more complicated than landlords', for the most part," she said. But DROs were not encouraged to get into details.

"The vibe that I detected was 'just make your decision, write it up,'" she recalls. "Don't spend hours researching or looking into the law." DROs were discouraged from referring to cases that had gone to judicial review, or even from learning the outcomes of similar previous cases at the RTB itself.  Complex cases that involved lawyers also often required extra time -- running into management's goal of keeping hearings to under an hour.

"There should be a quality issue," this former DRO now private-practice lawyer insists. "It's not just the quantity. Some of the more complex files are going to take more time, and that should be a fact that's understood and respected. But that wasn't there."

Landlord and Tenant acts have been around in B.C. since 1897. The current Residential Tenancy Act was last updated in 2002.  A copy of the Annotated Residential Tenancy Act, a publication intended to explain the Act to anyone involved in a dispute resolution process, and to be updated as the law changes, resides at the Vancouver Courthouse Library.

The publication fleshes out pieces of legislation with notes from decisions from the B.C. Supreme Court, the Supreme Court of Canada, and the B.C. Court of Appeal, in cases where one party to a dispute appealed the RTB's decision. But it cites no decisions directly from the RTB itself.

The RTB's opaque practices are unlikely to change any time soon. The opposition New Democratic Party has proposed changes to the Residential Tenancy Act to blunt landlords' ability to win approval for geographic rent increases and renovation evictions (as reported earlier in this series here). But those changes would not require any more transparency in the settlement of disputes.

Meanwhile public affairs staff at the Ministry of Energy and Mines, while turning down my requests for interviews with either the political or administrative boss of the Residential Tenancy Branch, did send me a point-form statement they said was a response from both.

It emphasized the provincial government's $104.5 million annual investment in subsidized affordable apartments for 25,318 rental households in Vancouver. More than three times that many renters however, live in private accommodation, and rely on the Residential Tenancy Branch for fair treatment from landlords.

According to Mines and Housing Minister Coleman and Residential Tenancy Branch executive director Suzanne Bell, they're getting it.

"The Residential Tenancy Act balances the rights and responsibilities of both landlords and tenants," their statement said. "The legislation is designed to be flexible so that both tenants and landlords are free to bring any issue forward that is affecting them.

"At this point, we have no plans to change the Act."

Tomorrow: In the final part of this series, housing experts weigh in on how to improve the rental landscape.