[Editor's Note: Survey after poll after review lauds Vancouver as North America's most 'livable' -- home to some of the most desirable addresses on Earth. Yet for up to half of Vancouver city residents and thousands of other householders across Metro who rent rather than own their accommodation, finding a place to come home to in the continent's most-envied urban region can seem like the proverbial haystack-hunt for a needle. And once found, rental tenancy can end abruptly even when renters follow all the rules. In this latest Tyee Fellowship series funded by readers, journalist Jackie Wong investigates:]

Carolyn Ali didn't expect to be a boomerang kid in her late thirties. She's worked for a decade as a freelance writer. In recent years, as her husband battled an illness that limited his ability to work, her job has been the couple's chief source of income. Their $850-a-month one-bedroom apartment in Kitsilano was small, but close to the weekly newspaper where Ali works part-time as an editor. Then in late April they received an eviction notice, their second in five years.

Neither order had anything to do with the couple's conduct. For 15 years they always paid their rent on time and made a point of building positive relations with landlords. On both occasions they were told to vacate their suite so the building's owners could move their own families in. Now, fed up with a system they feel is hostile to long-term tenants, the two are packing up to exit the rental market the only way they can: they're moving in with Ali's parents.

"There comes a point where you can't keep on doing this," Ali says. "When we were forced out of the last place and moved to this place, I said, 'Next time we're moving, we're not moving into another rental.' We keep saying we're going to look into buying. But for me, the reason I haven't yet is the same reason I don't go into Chanel or Louis Vuitton. I know it's too expensive. I don't even have to ask how much it is. I know I can't afford it."

Ali and her husband Mike are two among many thousands of British Columbians trapped in Metro Vancouver's dysfunctional market for rental housing. Microscopic vacancies and high rents have elevated the hunt for affordable, long-term accommodation to an almost mythical quest. Those who find it, cling tightly.

Meanwhile landlords, especially those straining to maintain aging but affordably priced properties, sometimes deem it necessary to evict long-term tenants in order to carry out upgrades. Others evict tenant to occupy units for personal use. Appealing against such 'no-fault' evictions can lead to drawn-out disputes before the B.C. Residential Tenancy Branch, notorious among renters for its secrecy and procedural inconsistency.

More than half the households in the city of Vancouver rent. That's one Vancouverite in two. For many of the half who rent, home ownership is out of reach, but stability as a tenant increasingly elusive. In this Tyee Fellowship Series, I'll explore why it is that it's so hard to find a place to rent in the hemisphere's most 'Livable City'.

At $850 a month, the rent Ali and her husband were paying was about average for Metro Vancouver. A spring 2011 report from the Canada Mortgage and Housing Corporation (CMHC) notes that metro-wide average rent for a one-bedroom apartment was $864 ($1,015 for a two-bedroom). Within the City of Vancouver however, the Kits apartment was a deal. The City's Rental Housing Synthesis Report last year showed that the average market rent for a purpose-built one-bedroom flat inside Vancouver was $1,041 a month in 2009.

The same report noted that more than 14,000 local renter households were spending an unaffordable share of their income to keep a roof over their heads. CMHC standards consider your housing unaffordable if it costs you more than 30 per cent of your pre-tax income. These Vancouver renters were paying more than half their income for shelter.

City of Vancouver data suggest the crunch for renters with modest incomes will only get worse.

According to City researcher Will Dunning, Vancouver needs 1,000 to 1,500 new rental units each year to keep up with its share of the 40,000 new residents who arrive annually in Metro. Dunning's estimate is based on a housing demand forecast and a CMHC estimate that 35 per cent of all new Metro Vancouver households will be renters. That translates into a need for approximately 6,000 new rental housing units a year in the region overall.

But construction isn't in step. Between 1990 and 2009, there were nearly 65,000 apartment construction starts in Vancouver. Of those, more than 53,000 were ownership units; fewer than 12,000 were rentals. That works out to about 587 new rental starts a year -- one-half or less of what Dunning estimates is needed to keep up with demand.

What's more, what's built is not likely to be what many renters can afford. Vancouver's Coriolis Consulting suggests that a new purpose-built market rental unit requires a rent of $1.80 to $2.50 per square foot to break even. To be able to afford a standard unit at that rate, a renter would need an annual income of between $50,000 and $60,000. The median income City of Vancouver renters reported in the 2006 Census was $34,352.

An imbalance in support

For all its executive-city promise and post-Olympic accoutrements, Vancouver is increasingly failing to make room for that half of its residents who cannot afford or choose not to own property.

It wasn't always this way. Between 1951 and 1973, the number of Vancouver rental households increased by 110 per cent, due in large part to federal tax measures and incentives for new rental investment.

Back then, rules didn't stipulate a building's income mix or impose any rent restrictions. Until 1968, rental income was also taxed like most other business income. That allowed losses from operating an apartment building to be deducted from earned income. The same provisions allowed generous write-offs for new housing investment.

From 1974 to 1986, a series of incentive programs with names like the Multiple Unit Rental Building Program (MURBP), the Assisted Rental Program (ARP), and the Canadian Rental Supply Program (CRSP) further boosted rental construction. Such programs helped 40 per cent of all rental-housing construction get off the ground and nurtured non-profit and co-op housing programs as well.

According to 2006 Census data, Metro Vancouver renters earned an average annual household income of $44,915 the previous year, just a hair more than half the $88,488 earned on average by homeowners. Yet federal spending and tax expenditures continue to favour homeowners by a wide margin. Federal subsidies and tax breaks to the home ownership market amount to $15.8 billion a year -- twelve times what Ottawa provides the private rental market, according to the Canadian Federation of Apartment Associations. 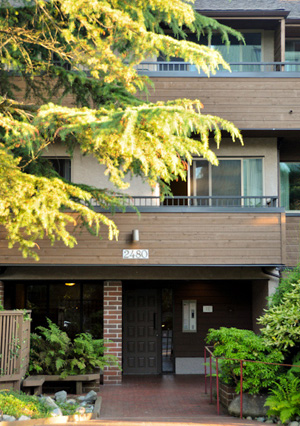 With Ottawa's retreat, municipalities have attempted to fill the gap in support for rental housing left by senior governments. But with few resources, their influence is limited.

Carolyn Ali acknowledges she's lucky to have supportive family willing to take her and her husband in. The situation would have been more challenging if the couple had children or she were unemployed. Still, Ali hopes their stay in the southeast Vancouver family home will be short. She says they'll use the time to explore alternatives to renting.

She'll need to be inventive. The City of Vancouver has pledged to end street homelessness by 2015. But improving the outlook for ordinary renters may be a bigger challenge. "There's very little disagreement on the solutions to homelessness," says Dan Garrison, a senior housing planner with the City. "It's just a matter of having the will and the funding."

"On the rental housing side, it's a much more complex scenario. It's about the market and the reactions of individual investors, and government intervention into that market. And all of those things are complicated."

Complicated, but urgent. With homeownership increasingly out of reach for residents of modest means, thousands more Vancouverites like Carolyn Ali will continue to struggle in a rental market that often feels like it's shutting out the people it's built to house.

Tomorrow: 'Renoviction': A look at B.C.'s residential tenancy system and rental housing market through the eyes of tenants.