Sherry and Chris spent the past few years "just getting by." The couple paid $420 a month to share a house in Surrey. The rent cost more than half their income. And yet, as Sherry put it, they got by. 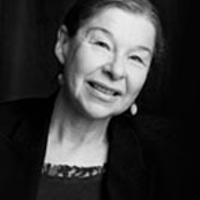 Sherry, Chris and their many cats were evicted in September. Since then, they've camped out behind an abandoned strip mall a short distance from their former home.

When they stepped across their threshold for the last time, they left behind the 1.5 million Canadian families that are "just getting by" -- the federal government describes these as households in "core housing need" -- to join the ranks of the estimated 300,000 Canadians who are homeless.

Their story helps illustrate why homelessness is growing so rapidly in sprawling suburbs such as Surrey, which may already host more homeless people than Vancouver. And a day on the road with a pair of homeless outreach workers shows what suburban homelessness looks like -- when you can see it.

"We're in a situation that could happen to anybody," Sherry told me. "We're not staying out here for very long. We'll do whatever we have to do to get our own place."

That was two months ago.

Working poor pushed out of Vancouver

"It's a known pattern. The working poor are getting pushed out of Vancouver, out to the suburbs," said Rich, an outreach worker, as he drove across Surrey. "A lot of these people, when they move here, they are like one pay cheque away from becoming homeless."

Rich and his colleague Lori work for Options, a society that operates the Hyland House shelter among other community services. (The Tyee agreed not to publish Rich and Lori's last names in order to protect their privacy.) Surrey is one of 49 communities served by homeless outreach teams under contract to BC Housing.

They work a territory that includes most of Surrey as well as Cloverdale, Ladner, Tsawwassen and White Rock. They drive a minivan packed with supplies: snacks, soap, water, juice and high-protein drinks. Their job is help the homeless find housing and other support services.

"There are two categories of homeless that seem to outweigh the rest. One being young adults who don't have employment and don't have a clue as to where to go or what to do. They're just not prepared for life," Rich explained.

"On the other side of the scale, we have quite a few people who are on the top edge of middle age. They've worked hard all their lives. But now they've lost their employment, and they don't have a clue as to how to jump through the hoops to get the support services necessary to keep going," he continued.

'The mindset that society is against them'

The Options minivan rolled to a stop at the edge of a small wooded lot. There was a shopping mall on one side of the lot, and a row of expensive-looking townhouses on the other.

Rich and Lori led me through the brush to a small campsite near the centre of the lot. Rich called out to anyone who might still inside the tent, but no one replied. I reached down and placed my hand over the propane cook stove. It was still hot.

Rich joked that they've been finding "a better class" of homeless people this year. By that he meant people who are still working, and who had not yet slipped into the well of addiction or mental illness.

"They're just poor," he said. "They simply don't earn enough money to live in this society."

From where I squatted, I could see into the living rooms of the townhouses across the street. Had I been there at night, I probably could have smelled what they ate for dinner, or watched them watching TV.

"When they are living in this condition, and they see the guy across the street in the expensive home -- the guy who's not doing anything to help them -- you can see how they begin to develop the mindset that society is against them," Rich said.

I asked whether they thought the families across the street watched back.

"I doubt it," Lori replied. "Most people just don't realize how close to their backyard other people are sleeping."

When Surrey residents do come to realize how close the homeless are sleeping, they typically call the RCMP or the city bylaw enforcement office. Those organizations, in turn, often call the outreach team.

As Rich drives to the next campsite, Lori sits in the back seat with a telephone. It rings every 10 minutes or so. Some calls come from concerned residents. Others come from the soon-to-be-homeless, looking for a bed.

One such call came from an elderly woman who said she wanted to leave a Vancouver shelter where other clients were using drugs.

Another call came from a man who said he needed a place to stay for a week while he waited to get into a recovery program.

"We get that a lot," Rich said. "They cycle through recovery programs. Once they are out of the recovery program, if they can't find a place to live, they feel hopeless and a lot of them wind up using again. Then they start the cycle all over again."

Surrey's outreach team is modeled loosely on the outreach program pioneered in Vancouver. But whereas Vancouver outreach workers have literally thousands of shelter beds and government-owned hotel rooms into which to place homeless clients, the Options team has just 35 beds at the Hyland House shelter and sometimes a few more at smaller shelters nearby.

On this particular day, only two beds are available. If both of the homeless people who called Lori this morning show up this afternoon, those beds are already full.

There are a lot of empty lots in Surrey. Rich and Lori took me to almost a dozen. We found homeless camps every place we stopped.

I mentioned that the "official" 2008 homeless count found 402 homeless people living in Surrey.

"We make contact with about 400 homeless people a month," he said. "That's just our team, just the people we come into contact with."

"These are people we've never seen before. Many are new to the streets," Rich explained.

If 150 people join the ranks of the homeless each month, that's 1,800 new homeless people a year -- just in Surrey. If that figure is even in the ballpark, then Surrey's homeless population has almost certainly surpassed Vancouver's.

I asked Rich and Lori if it was even remotely possible that there could be that many homeless people in Surrey.

"People get pushed around," Lori said. "They decide, you know, 'We're going to push those people out of here.' And those people just turn up someplace else… So, they're around, somewhere, but they're not all here today."

"I don't really know," Rich finally said. "That might be accurate. It's possible."

'On the streets for all sorts of reasons'

By mid-afternoon, we were at the Skytrain station, waiting to meet the woman who'd called that morning.

Lori flipped through the pages of The Province newspaper. There was a news story about a fugitive who was on the lam. His first and middle names were identical to those given by the man she'd spoken to that morning -- the one who needed shelter until he could get into treatment. Her suspicions were raised. She stepped away to phone the shelter he claimed to be in the night before.

Rich shrugged. The shadow of an overhead train glided across him.

"People are on the streets for all sorts of reasons," he said.

A white-haired woman lugging three overstuffed bags plopped her way down the stairs a few moments later. Lori greeted her. Rich helped her to the minivan.

Christina -- who also did not want her last name published -- said she was from Ontario but had lived in Maple Ridge for most of the last decade. She said she'd lost all her savings about a year ago as a result of a court case involving faulty automotive repairs. She said she'd lived with her brother until the spring. Since then she said she's lived in at least three different shelters in Vancouver, and one on the North Shore.

Lori questioned Christina patiently. Her wandering tale of legal woe involved crooked car dealers, shady lawyers, and even the Hells Angels. All I could tell for certain was that I was sitting next to an exceptionally fearful 72-year-old.

When we got to Hyland House, Lori led her inside. I helped Rich with the luggage.

'Abandoned and abused' but resolute

The mystery man from North Van never showed. So Lori offered the last bed at Hyland House to Sherry, the woman living behind the shuttered strip mall.

Sherry thanked Lori for the offer, but turned her down.

With a wisp of hair falling across her dirty face, Sherry explained that she was unwilling to leave her cats.

There are no pet-friendly shelters south of the Fraser. Lori had previously been able to place single dogs or cats into temporary homes, but didn't think she could place seven cats that may or may not have had their immunizations.

Sherry was polite and resolute.

I was puzzled. I asked why she was willing to sleep in a parking lot in order to be with her cats.

"They've always been with us," Sherry told me. "Even just moving out of the house, one of our cats -- because she'd been abandoned before and she'd been abused -- she thought that we were going to leave her. She just got really freaked out and stuff."

Sherry looked me in the eye. Tears welled in hers. I forgot whether she was talking about her cats, or herself.

"We're not going to leave her," she declared.

Lori gave Sherry an armload of food, and promised to check back in a few days. We wished her well and left her at the edge of the crumbling blacktop.

The minivan was quiet as we drove away. Lori finally broke the silence.

"Actually, that happens quite a lot," she said. "People who've lost everything else, they get quite attached to their pets. Their pets are like family."

"I don't think anybody wants to be homeless," he said. "But a lot of them have so completely given up hope that there's anything else, that they find it easier to stay where they are."

Two month later, as this article was being prepared for publication, Rich told me that Sherry was still living behind that strip mall.

I have no doubt but that she is taking very good care of her cats.