Last year all of us were afforded a frightening glimpse of how expensive fuel can trigger a global food crisis. And then, when zooming oil prices tumbled again (for now), causing food commodity prices to drop (for now), our news media moved on. 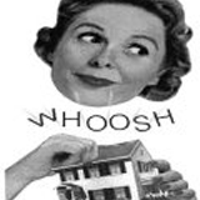 'The End of Suburbia'

But I didn't. I became interested in Cuba as an example of how to adapt when the next, similar crisis comes -- and stays.

Peak oil hit the island with a crash when the Soviet Union imploded in 1989. A food system built on false economic pretenses -- subsidized oil and fertilizers from Russia which also paid inflated prices for Cuban sugar -- suddenly disappeared. So the country with the most industrialized agricultural system in Latin America, and a farming strategy built on monocrop exports, was left to fend for itself. It didn't help when the U.S. government tightened its trade embargo in 1992.

With their export crops out of favour and Soviet tractors rusting in the fields for lack of fuel and spare parts, the big state farms couldn't pick up the slack.

The immediate results were said to be striking. Cubans got thinner. The UN Food and Agriculture Organization estimated the average person's intake went from 2,600 calories a day in the late 1980s to between 1,000 and 1,500 in the 1990s.

And yet, ten years after the Soviet collapse, food had become more plentiful. In 1999, the Cuban Association for Organic Agriculture won the International Right Livelihood Award (the alternative Nobel Prize). In 2006, Cuba was named by the World Wildlife Fund to be the only country in the world with sustainable development.

How did it happen?

Faced with hunger, many city people, including doctors, lawyers and engineers, developed an interest in growing food. Stories of vegetables in containers on roofs and pigs in bathtubs became common.

The Cuban government promoted and nurtured the public enthusiasm for urban agriculture. It ruled that any unused city lot, even state-owned, could be taken over by citizens to grow food. Growers were permitted to sell their surpluses on the open market.

By the time I got to Cuba in late December 2009, the urban agriculture movement had grown beyond its early desperate phase.

The farmers I met in neighbourhoods throughout Havana had turned professional. Most had not come from farming families, but said they preferred the work to their former jobs as policemen, office clerks, janitors, etc. The most frequently mentioned advantage was the pay -- they said they could earn twice as much growing food as someone on a typical state salary.

The small farms in city lots were mostly utilitarian -- not much in the way of adornment amid the rows of crops in slightly raised beds held in by loose tiles or cement blocks or whatever else could be salvaged. There was usually a compost pile nearby, some with separate areas for worm vermiculture boxes. Some of the bigger projects included a storefront for produce sales to the neighbours, often with painted exhortations for people to support the revolution and their personal health at the same time by eating more vegetables.

I took a 2-cent city bus to the outskirts of east Havana to visit one of the most impressive sites, the UBPC Organiponico Vivero Alamar. The manager, Miguel Salcines, used to work for the agricultural ministry. Now he oversees a cooperative that employs 170 people, although he wouldn't call himself the "jefe."

"We're all owners," he explained. "When someone wants to join, they enter on a 90-day trial period. At the end of 90 days we have an assembly where we discuss whether they can enter or not. We do everything democratically. I'm the president, but I'm elected for a five-year term by secret ballot. We don't put business over social aspects here. We believe in social justice."

Salcines was obviously proud of the output his crew provides, as well as the fact that 20 of the 170 members have advanced university degrees and 18 per cent are seniors.

He had the easy charm of a neighbour, inviting me to ask anything, willing like most Cubans I met to engage in a frank discussion of ideas. Whenever I flagged, he rattled off statistics that sounded impressive.

Was it really the equivalent of 4 million rations of 300-gram portions they grew each year? I had trouble wrapping my head around the numbers, having read too many versions of the percentage of fresh produce eaten in Havana that's now city-grown. Some said half, others went as high as 85 per cent. None explained that Cuba is hardly a salad-lover's dream.

The best endorsement was the Alamar co-op itself. It was a spacious, green-leaf and red-clay expanse of the city that felt like home in the country.

The plots were well-tended and bursting with food, there were shady spots to sit in, and none of the workers seemed too hard-pressed to stop what they were doing for a chat. One elderly farmer with a machete noticed how parched I was in the Caribbean sun and sliced me a delicious fresh coconut to drink. If this is the future of city food growing, I thought, bring it on.

"The world needs urban agriculture," Salcines said to put things in perspective. "We had no alternative. For political reasons, we had to do it first. Well, maybe not first if you count China. But we did it because we needed to find a way to feed people using less energy. Organic was the answer. We've only been doing it for ten years so we still have a lot to learn. So far it's working. Already in Cuba, urban agriculture is employing 400,000 people if you count everyone involved in the stores, administration and so on."

Back in the crowded centre of the city, I began noticing more small gardens, medicinal herb sales booths and mini-markets for local food. But I also knew, as Salcines said, they had a long way to go.

Some Cubans worry that with the '90s food crisis over and the economy picking up, the organic phase may become just that, a phase. They're not sure how deeply the wider concept has been absorbed by the general public.

The 1 million bicycles imported from China were supposed to change the transportation system, but you hardly see them today in Havana. At a rare vegetarian restaurant I asked why the fried rice included chunks of ham. The waitress shrugged and said vegetarians were "poco."

Anyway, the immediate lessons were learned. If they can do it Cuba, why not elsewhere, including here?

When times get tough, and food is scarce, and the government helps, city people will grow their own.

Those most fond of farming or good at it will continue. Even in the most crowded areas, the land is alive and can be nurtured through common sense and hard work into production.

Next Tuesday, fifth in this series: David Catzel loves being an Aldergrove farmer, but at $12 an hour something's got to change.