In the city where I live, Vancouver, British Columbia, it has never been so easy to get food, any kind of food. You want a watermelon in January? Walk into the nearest supermarket. Complain about the prices if you must, but North Americans typically pay less than 15 per cent of their income to eat. That's half the percentage of some European nations. In poorer places, food often takes up more than 50 per cent of the family income. 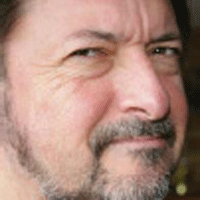 But this glut of cheap food won't last if it's based on a false economy. Industrial agriculture doesn't pay the bills for the subsidized transportation network, to clean up its toxic runoff from fertilizers and chemicals, to bring life back into the topsoil it's stripping away, or to treat people for ill health from a dubious diet of "food products."

Ponzi schemes hold up no better in nature than they do in finance. Some day the real costs of our curious era in the cultural history of food will have to be paid. When that time comes, if one or all of the environment, energy and economic crises gets dramatically worse, will we still be able to feed ourselves?

Not half way there

The food bowl in B.C. is, depending on your outlook, either half-full or half-empty. We grow approximately half the food we eat.

"When I was doing research [in the early 1970s] for why we needed the ALR [Agricultural Land Reserve], I was concerned because we were only producing 86 per cent of our vegetables. Today we're at 43 percent. I think it's about 48 per cent for food in general.

"We know we can be basically food self-sufficient because we did it during the war, but we're only growing 43 percent of the vegetables and small fruits we eat."

Steves, whose grandfather was a farming pioneer in the family namesake Steveston area of Richmond, has spent a lifetime in farming and in politics supporting local growers.

He knows how to raise his own food, and does, growing in about 1,000 square feet pretty much all the vegetables his family needs.

But what about the rest of us?

Despite the recent spike in interest and a flourish of small projects, we're still far behind cities in Europe when it comes to urban agriculture. We even trail other places in Canada with much colder climates.

People in Metro Vancouver are fairly savvy food-growers. Some 44 per cent of those answering a City Farmer poll in 2002 said they grew at least some of their own food.

That could mean anything from a strawberry plunked into a hanging basket to a front lawn ripped out to make room for leeks. Another way to gauge capacity is to look beyond property owners with yards, a moving target anyway as we shift from single family homes into condo city, and more at the people creating collective efforts to grow food.

Vancouver has fewer than 2,000 community gardeners. Precise numbers are difficult to pin down, given the varying definition of the practice and the fact that most gardeners would rather plant a beet than fill out a survey. No matter how the actual numbers stack up, our ranks of community gardeners are tiny compared to a city like Berlin which has an estimated 80,000.

Even on the Canadian scale, we have room for improvement. Toronto has more than three times as many community gardeners as Vancouver. They're supported by a city government which hires a full-time coordinator to help people grow, as well as non-profit organizations who rely on a history of good relations with city staff and the Food Policy Council.

Montreal, the urban agriculture capital of Canada, has more than 10,000 community gardeners. It also has zoning to protect shared growing spaces, city-hired teachers who help new growers get started, and notices sent out with utility bills each spring asking residents if they're interested in a plot for the upcoming season.

'We learned as we went along'

Why Montreal, where the winters can feel long and Siberian? The answer offers an illustration of how a green-tinged official with gumption can get a job done.

Pierre Bourque was a city horticulturalist in 1974 who decided to help a few residents interested in a vacant lot create a community garden. As sometimes happens with a good idea, it grew. The mini-project turned into a program.

"Residents were often only a generation away from having lived in the countryside," Bourque was quoted. "There was an immediate and strong connection for them and the concept took off. There was no precedent in Canada for this, and we learned as we went along."

The city program grew to include 75 community gardens by 1985, and there are more than 100 today. Bourque went on to become mayor of Montreal.

In British Columbia it has typically taken small bands of determined growers and activists to scrape out public patches to grow food.

They've done all right, on a limited scale, but how much more could be accomplished if growing city food was seen not as a pastime but a necessity?

For a clue, I went to Havana. Why?

Well, Cuba offers one version of what could be the coming collapse and its possible solution. Peak oil hit the island with a crash when the Soviet Union imploded in 1989. A food system built on false economic pretenses -- subsidized oil and fertilizers from Russia which also paid inflated prices for Cuban sugar -- suddenly disappeared.

That meant that Cuba, once riding high on a global industrialized food system, faced becoming one of the losers in that system. After all, despite the overstocked supermarkets in B.C. today, one billion people in the world don't have enough food. It's a system out of balance. Roughly one billion people also are over-eating into obesity, chronic diseases and an early grave.

But Cuba took a different path. Ten years after the Soviet collapse, in 1999, the Cuban Association for Organic Agriculture won the International Right Livelihood Award (the alternative Nobel Prize). In 2006, the World Wildlife Fund called Cuba the only country in the world with sustainable development.

So what does urban farming look like in Havana? I'll tell you about that in my next article.

On Thursday, part four of this series: What B.C. might learn from how city gardens have evolved to become institutions in Havana, Cuba.