Trademark and copyright holders frequently characterize piracy as a legal failure, arguing that tougher laws and increased enforcement are needed to stem infringing activity. But a new global study on piracy, backed by Canada's International Development Research Centre, comes to a different conclusion. Following several years of independent investigation in several emerging economies, the report concludes that piracy is chiefly a product of a market failure, not a legal one. 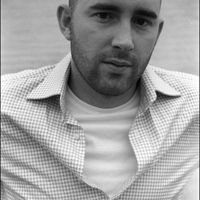 The Social Science Research Council launched the study in 2006, identifying partner institutions in South Africa, Russia, Brazil, Mexico, Bolivia and India to better understand the market for media piracy such as music, movies and software. The result is the most comprehensive analysis of piracy to date.

The 440-page report challenges many of the oft-repeated claims about piracy and how to address it. For example, it finds that contrary to repeated claims that there are strong links between piracy and organized crime, no such link exists. Instead, the authors conclude that "decades-old stories are recycled as proof of contemporary terrorist connections, anecdotes stand in as evidence of wider systemic linkages, and the threshold for what counts as organized crime is set very low."

Similarly, it finds no evidence that anti-piracy "education programs" -- some of which have been launched in Canada -- have any discernable impact on consumer behaviour. As of 2009, researchers identified over 300 anti-piracy education programs, yet were unable to find any benchmarks or attempts to determine whether they actually work.

The report also rejects the conventional wisdom that tougher penalties provide a strong deterrent to piracy activities. It notes that judges frequently face overwhelming caseloads that involve violent crime such as murder and assault. While the law may call for lengthy prison terms for selling counterfeit DVDs, many local judges engage in a "judicial triage" where economic harms to foreign rights holders take a back seat to local criminal activity that poses threats to public health and safety.

While setting the record straight on piracy myths is valuable, the report's most important contribution comes from chronicling how piracy is primarily a function of market failure. In many developing countries, there are few meaningful legal distribution channels for media products. The report notes "the pirate market cannot be said to compete with legal sales or generate losses for industry. At the low end of the socioeconomic ladder where such distribution gaps are common, piracy often simply is the market."

Even in those jurisdictions where there are legal distribution channels, pricing renders many products unaffordable for the vast majority of the population. Foreign rights holders are often more concerned with preserving high prices in developed countries, rather than actively trying to engage the local population with reasonably priced access. These strategies may maximize profits globally, but they also serve to facilitate pirate markets in many developed countries.

The study concludes that local ownership makes a significant difference in developing country markets, finding that "domestic firms are more likely to leverage the fall in production and distribution costs to expand markets beyond high-income segments of the population. The domestic market is their primary market, and they will compete for it."

Although the study is limited to the six emerging economies, there are important lessons for Canadian policy makers. Groups such as the Business Software Alliance have acknowledged that Canada is a low-piracy country, yet the lack of access to some content may lead some Canadians to turn to unauthorized channels. Although the failure to serve the Canadian market does not legitimize infringing activity, as in the developing world, it does help explain it.