[Editor's note: With hundreds of legislative contenders competing in our quadrennial Democratic Games, The Tyee offers the first in a series of vignettes depicting some of the more dubious moments in B.C.'s political past. Watch for these daily heritage moments, brought to you by veteran muckrakers Tom Barrett and Tom Hawthorn, each day 'til election day. Inevitably, most of those bidding for our votes will wake up on May 15 as just one more Honourable Member for Palookaville. To these losers we say: nice try. To the winners we say: pay close attention to these stories. This could happen to you.]

As the paisley-patterned '60s cast their swinging spell upon the world, the B.C. Social Credit party stood ready to repel the sexual revolutionaries at the gates. 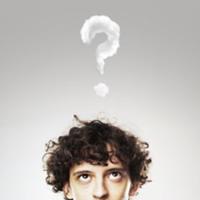 Their shock troops were the Socred Women's Auxiliary, the bedrock of the party and a perennial source of cheap laughs for the big-city media. Urban sophisticates might chuckle when WA members demanded the government circumcise rapists, but the party faithful knew what the ladies were talking about.

But no one knew what Socred backbencher Agnes Kripps was talking about on Feb. 19, 1970, when she rose in the house to say she hated sex.

Not the act, as it turned out, but the word: "That nasty little three-letter word," she said, "carries with it a stigma and a distorted connotation. That word, Mr. Speaker, can have 100 different meanings to 100 different people, and while we all spell it the same way, there the similarity ends."

After a quick dip onto the Oxford Dictionary for the etymology of the term, Kripps revealed that "today, sex is still a confused word."

As honourable members snickered, she ploughed on: "Because so many shades of meaning have been written into the word, I have come to hate it, and I propose" -- more laughter from MLAs threw her off for a second here -- "I hate the word sex, and I propose that we throw it out of the vocabulary of education.

"Let's find a substitute and start all over again."

As elected representatives chorused "No! No!" Kripps confided, "Mr. Speaker, I didn't know I was going to be the one blushing."

She then offered a substitute.

As MLAs collapsed in mirth, Kripps explained that BOLT was "just an example. You may have other words that you would like to use."

As the house dissolved into hysterics, Kripps called on the Speaker to restore order: "Mr. Speaker, would you please break your gavel. Thank you." (That's the official Hansard version. Other accounts insist she said: "Mr. Speaker, won't you please bang that thing of yours on the table?")

It was left to the next speaker, Socred MLA Herb Capozzi, to wrap things up. "On behalf of all of us," he said, "I would certainly welcome you, Mr. Speaker, to our bolt new world and I will certainly say that, if nothing else, she had everyone bolt upright in their chairs."