The Finnish community of Ii (pronounced ee) is unusual for more than its name. It stands on the Gulf of Bothnia (the northern end of the Baltic Sea) at the mouth of the Iijoki River. The population is 10,000, about that of Quesnel, British Columbia. At 65 degrees 19 minutes north, Ii’s latitude is a little north of Dawson City, Yukon (population 1,400). The nearest big city is Oulu (population 200,000), a 25-minute drive south.

Canadians might blink at towns and cities that big, that far north. But even Helsinki, far to the south, is at 60 degrees north, the latitude of Whitehorse. Nevertheless, the Finns thrive in their northern land, and in Ii they thrive on renewable energy. They also show how, if a town can go green and prosper, a whole country can.

Starting around 2012, Ii decided to take climate change and renewable energy seriously and began adopting measures to move away from fossil fuels.

“We do not use fossil fuels for heating our houses and premises any more in town facilities,” Ii’s Mayor Ari Alatossova told The Tyee in an email. “Instead, we heat by using ground heat pumps, solar panels and wood chips. All the technology and knowledge needed to do that already exist. And it’s profitable compared to oil. Electricity and wood chips are produced by companies located in our town. So it’s also good for the local businesses.”

By 2019, the town had its own development company, Micropolis, had won a European Innovation Politics Award “for Europe’s boldest and most creative climate policy,” and had cut its carbon emissions by 80 per cent between 2007 and 2015. Ii’s success as a green community has also drawn the attention of the BBC.

To try to get a better sense of how Ii runs, The Tyee interviewed Micropolis managing director Leena Vuotovesi by email. Here’s a condensed and edited version:

The Tyee: Emissions from commuting can be a problem. Do any Ii residents commute to jobs in Oulu?

Leena Vuotovesi: Yes. We have tried to create sustainable solutions for transportation to Oulu. In one of the pilot programs we asked families how they conceive a good life and tried to strengthen the sustainable transportation from their answers: from deep structure to the surface. In the pilot, we organized fast buses for workers in Oulu.

One of the nicest outcomes was that the people first said that they’d use public transportation more if the bus stops were closer to their house. After the pilot, they wished the stops were further away from their homes. Participants understood that only fewer bus stops can make the lines faster. They also found that during the three-week pilot period their own feelings of well-being were better, because they spent more time outside walking or cycling to the bus stops.

When the city decided to adopt green policies, did some people object?

Yes, there are still some people objecting, and I do think that that is only good. If we were a community of only same-minded people, development would stop, or we might go the wrong way. This makes us think about what we do, how and for whom. Criticism is an important part of true societal development. Only together with everyone’s voice and heart can we make the world better. Everyone needs to be involved.

A good example is wind power. Some citizens might oppose it, but if they are sincere and we make the zoning together, respecting one another, we can make it. So far there have been no official complaints on the wind power parks, as the opponents have been also sincere and included in the process.

What is the typical cost of monthly energy for a family home or apartment in Ii?

What is the monthly cost of charging an electric automobile, compared to gasoline for a conventional automobile?

Does Ii really use only 10 per cent of the energy it generates? Who buys the surplus energy?

Yes, we use only 10 per cent of it. The rest is used elsewhere in Finland.

Google Street View shows at least one gas station in Ii. Is that for outside vehicles, or do some residents still use gasoline and diesel?

Yes, there are still gasoline and diesel cars that the citizens use. We try to encourage everyone to use optional power like biogas and electric vehicles. We do have the highest number of charging stations in Finland compared by population, and we are trying to create a charging station network in the province, too.

Have other communities, in Finland and elsewhere, shown serious interest in adopting green policies?

Yes, absolutely. There is a network of carbon-neutral communities (Hinku-network) in Finland. Those are the municipalities committed to green policies. We meet regularly and learn from one another. The Finnish Environmental Institute is running this network. We have also encouraged and assisted other towns in the north to become part of the network: just last week Ylivieska made the decision to accompany the network.

Does the Finnish government subsidize Ii’s green policies in any way?

Oh, in many encouraging ways. Not in resources, but in the means of having the right spirit and involving us in development. For example, now the government is preparing a new climate law, and we were asked to comment on it publicly together with the climate minister. This is important for Ii because it shows that we’re doing the right thing, and that encourages us. One does not always need money for support — inclusion is an efficient support, too.

What, in your opinion, is the most unreported aspect of Ii’s green policies — something that outsiders don’t know or don’t understand?

Perhaps people don’t know that the official budget of the town is tied to green policies. It means that annually all the departments relate their actions to climate. In the same way the official financial statement is bound to our promised actions. This is not so important in regard to financing, but in regard to commitment and understanding. Since it is the departments themselves who know best what is best to do, this has made the green actions go further. 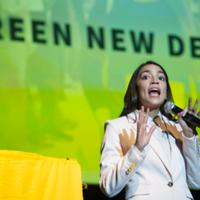 Another good point is that it is the politicians of Ii who made the first roadmap of resource efficiency (we call it resource wisdom). There we defined our goals. As it was the politicians actually doing the plan... they have been committed to it from the beginning. Green policies in Ii are not a political mandate of one or two of the parties, but a shared value.

And please tell us anything else that you think Canadian readers should know about Ii.

Well, the heart of it all is education. All the schools and primary day cares use the 50/50 method. It means that the children themselves measure the use of water, heat and electricity in the school and try to reduce it. Annually the results are calculated, and the children get back 50 per cent of the savings. This sum they can use for whatever they like. Some schools have billiard tables, some sofas, some take trips.

This way the children learn that it is possible to make a difference. It is in our own hands and actually it is profitable, too. This gives us so much climate hope. Can you imagine what the world will be like, when these children take over the lead of society one day?