The tail end of summer is slouching into view. The turning of the light is almost here, a moment when bright blue sky takes on a more burnished hue. If there is a period most deeply imbued with the autumnal sadness of mortality it is this time in late August, when the smell of ripe blackberries and dust perfumes the air.

Leaves, thin and lacy with decay, are just starting to drop. Coolness comes on quickly in the evening, a breath of the coming darkness. It is a season of some sadness, but don’t run, don’t hide. Indulge in the mournfulness, let it wash over you, stop your breath in your throat and fill you with the ballooning sensation of incipient change.

In these waning days of summer, might I suggest a couple of films that each in their own curious fashion offers up some respite from looming September.

You can’t go wrong with Meatballs. The film is screening at Vancouver’s Cinematheque on Aug. 20. A camp classic (heh!) the film is probably not as good as your 11-year-old self remembers, but that’s okay. It’s Canadian and it has Bill Murray, as well as the catchiest theme song this side of the 49th parallel screamed by a choir of demented children at the top of their tiny lungs.

Meatballs set the pattern for summer camp films to follow, but the original film came about in the most haphazard fashion. Director Ivan Reitman, writer Harold Ramis, and star Bill Murray, eager to capitalize on the success of Animal House, wandered into the Canadian woods and came out with a cult hit. If you would like to read more on the ins and outs of the production, Vanity Fair recently published an oral history of the film.

Structurally, Meatballs isn’t much more than a series of episodic scenes stitched together with some catchy tunes, but the film has bounce and the goofy energy that comes from people doing something they don’t quite know how to do just yet. Murray, fresh from his debut season at Saturday Night Live, was given the lead role as camp counsellor Tripper Harrison.

Other than Murray, the rest of the cast aren’t folk you will probably recognize, and that’s for the best. Everyone looks largely like real ’70s style Canadian kids, full of oversized teeth, huge hair, and the shortest jean shorts known to mankind.

Camp North Star (actually Camp White Pine in Haliburton, Ontario) is the setting for high jinks, panty raids, pranks, and summer romances. Kids and camp counsellors gather at the beginning of summer and are bussed into the woods, where they will do battle with that most pernicious of foes, teenage hormones.

What passes for a plot involves a lonely little dweeb named Rudy Gerner (Chris Makepeace) who is shuffled off to camp, much to his apparent dismay. As Tripper (Murray) notes: “You must be the short depressed kid we ordered.” In addition to being a loner, Rudy is also a crappy soccer player and an awkward little nub, with a bad haircut and a hangdog expression. The other campers take one look and kick him to the curb. Luckily for wee Rudy, Tripper takes him under his somewhat sweaty wing, and camp life begins to open up.

The main preoccupation of the counsellors and CITs (counsellors-in-training) is, as it is so colloquially put, to “get some.” Girls eyeball the boys and the boys stare hard right back. Sex is in the air. Sex is also mostly in the bushes, and occasionally in a tent. Meatballs came about during what I like to think of as the “Horn Dog” era of filmmaking. Think Kristy McNichol and Tatum O’Neal in Little Darlings, or Wet Hot American Summer that fetishized cut-off jeans and dry humping. This genre isn’t quite as glamorous or sophisticated as the films from the classic 1930s Screwball era, but the battle of the sexes rears its tumescent head with some alacrity and the results are kind of weirdly charming.

Meatballs is also remembered for being one of the first films to champion the nerds over the rich kids. While this nascent class consciousness doesn’t develop much past the rivalry between the poor kids’ camp (North Star) and the rich kids’ camp (Mohawk), it adds a nice little frisson of revenge of the wieners and comes to an epic conclusion in the final third of the film, during the Olympiad that takes place between the two camps that largely consists of eating contests, field hockey, and a mini-marathon through the woods. Here is where little Rudy, happy at last, surges to unlikely victory.

Revisiting the film, it is the mushy heart of the thing that was a revelation. I didn’t remember much of the sticky stuff from childhood viewings, except for the fact that we insisted calling the film’s young star Chris Makepeace “Chris Makelove” to extreme hilarity. But sex, and more interestingly, genuine lovey-dovey stuff is there in squishy quantities. There is also a certain strain of vintage Canadiana, so strong you can almost smell the damn stuff — nice little touches like a vintage Habs hockey jersey, or the recitation of camp dirt in the dining hall, with all of the kids screaming “Gossip, Gossip!” that add even more flavour.

Some of the best scenes have the chaotic quality of being shot with real kids. (The film was made with actual campers from White Pines as extras.) This tightrope sensation of improvisation reaches its peak in Murray’s evangelical ode to existentialist ennui and the supreme joy of not caring, best summed up in the statement: “It just doesn’t matter!” Scream it until you are frothing and foam-flecked.

But underneath all the goofiness and silly stuff there is something else, call it the passing of an age. It adds an interesting layer of fragility, and yes, sadness. It is a bubble of innocence about to pop. This quality is alluded to in the Vanity Fair interview in which the filmmakers and actors talk about being brought to tears upon re-watching the film.

A world away from the sexy shenanigans of summer camp is Alain Cavalier’s film Le Paradis. I will be presenting the film at VIFF’s Cinema Salon on Aug. 22 at the Vancity Theatre. I realize it is weird to conflate these two films, and really they could not be more different, but they share one thing, namely, a brief season in the sun. Also, an intense interest in all things bodily.

Cavalier, now in his 85th year on the planet, started making films in 1962 with the likes of Catherine Deneuve, Romy Schneider and Alain Delon, among others. Thérèse, his 1986 biopic of Saint Thérèse of Lisieux, captured the Jury Prize at Cannes and the César Award for Best Film. At certain point in his career, Cavalier simply stopped making narrative films and began making small, diary-like work that defies easy description — intimate, personal, and for lack of a better word, ecstatic — that are among the most curious films I have ever seen. Curious being the operative word, meaning they are deeply, almost religiously, engaged with capturing the nature of being human, in all its physical and mystic scope. 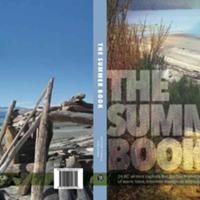 Le Paradis is imbued with an electric twinning of sex and death and shot through with wedges of grand narrative, all of it lightly handled with delicacy, humour and a devotion to the beauty inherent in the smallest and most humble of things — a wind-up robot, a ceramic goose, a wooden owl. These objects, given strange life, stand in for the canonical figures of Odysseus, Jesus, and Athena. The film begins and ends in summer, moving full circle through life, death and resurrection of sorts.

The thing that is most compelling is about this film is the circular nature of experience, childhood feeding into old age, and finally coming back around, so that the things that first touched you, affected you and changed you resurface once more. Summer again returns, and in its heat and light, the great mystery goes on.

When you become an adult, you’re supposed to put away childish things, but it doesn’t always work that way. Sometimes they come back, especially during the summer months, when water and sunshine dissolve the years and the connection between summers past and present grows porous and fluid.

What to do with all this aching glorious sadness of summer passing on? Let it all in — the pain and pleasure of this firefly existence of ours.