[Editor's note: This is one of three excerpts The Tyee is publishing from 'I'm Right and You're An Idiot: The Toxic State of Public Discourse and How to Clean It Up' by James Hoggan, published by New Society Publishers. A public relations expert who co-founded DeSmog Blog, Hoggan will speak at the Vancouver book launch May 25; details here.]

When we look at the miserable state of public discourse today and how we are polluting the public square, it's plain to see that many people believe the problem derives from evil on "the other side." But this kind of pollution comes from all around the square -- including our side -- and as long as we think somebody else is the source of it, we're unlikely to ever see our way through it. 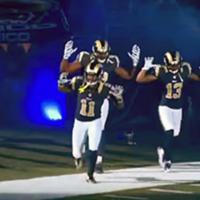 The problem is structural and derives from human psychology, the way we look at the world and from ill-intentioned and well-intentioned sources alike.

It also arises from the nature of advocacy.

My ideas about this book were still developing when I came across the work of lobbyist, litigator and consensus builder Roger Conner, who has spent close to half a century studying public discourse and now teaches non-litigation strategies for social and political change at Vanderbilt Law School in Nashville, Tennessee.

Conner told me that my pollution analogy is particularly apt when applied to climate change because smog was long believed to come from factories. Eventually we acknowledged the possibility that it was individual car drivers who were causing the greatest harm -- a controversial view when first advanced.

Conner believes that most of us aren't evil, and good people sometimes do bad things for good reasons. If we don't understand that, we fall into something he calls the advocacy trap, which happens when we come to believe that people who disagree with us are wrongdoers. This judgment causes us to become locked into a stance where we lose sight of our purpose, where we can't collaborate to solve global or systemic problems.

Roger Conner acknowledged he spent the first part of his career as a "name 'em, blame 'em, shame 'em advocate" and thought he had learned everything he needed to know about advocacy in Sunday school: "There was David and Goliath, and I was always David. There was Moses and Pharaoh, and I was always Moses." What these biblical heroes did exceedingly well was identify the source of evil, name it and crush it. Conner was caught up by that brilliant simplicity, and his first gig as an advocate was in the environmental movement, running the West Michigan Environmental Action Council. His motto there was: We fight evil and do good.

But then Conner went to Washington, D.C. to work on immigration issues and discovered a whole other cadre of people who thought that they were David and he was Goliath. "They wanted to destroy me," Conner realized. Still, he decided the way to be a successful advocate was to redouble his efforts to overcome his enemies. The media loved him, and soon Conner was appearing on every major talk show in the U.S. and was a regular on CNN's Crossfire.

One day he was invited to the U.S. National Institute of Justice to work on crime and disorder issues "at a time when big cities in the U.S. were falling apart." For the first time in his life, he found his tried-and-true approach -- identifying the correct solution, identifying the enemy and overcoming the enemy -- didn't work. "If you're trying to get rid of a group of drug dealers, maybe that works. But you can't deal with police that way, or neighborhood organizations or the public defender."

Roger Conner began earnestly researching local communities all around the U.S. that were successfully tackling crime. He found solutions were evolving wherever members of the community and police worked collaboratively, where people suspended areas of disagreement and sought common goals. Perhaps most importantly, he realized it was impossible to understand the problems, let alone create solutions, without deeply hearing what people were saying.

At Vanderbilt Law School, while consulting to a couple of foundations, Conner witnessed how many public policy issues devolved into shoving matches in which neither side fully understood the problem. He saw people blinded by their own resentments and hatred. This happens because most of us have attitudes toward other people or groups that are determined by their behavior toward us. "If you behave like my enemy, I understand you are my enemy." If you behave like a self-interested, profit-seeking, care-nothing-for-the-environment person and call me a liar, I see you as my enemy, Conner said. So we commonly allow our stance to be determined by other people's behavior.

And this leads to what Conner calls the advocacy trap. People don't start out as enemies -- it happens in stages. When people disagree with us, we first question their views, but eventually we question their motives and intentions. When they persist in their disagreement with us, we start to perceive them as aggressors. When they criticize our cause or condemn our reasoning, our defence mechanisms kick in. We are offended and start to get angry. When both sides in an argument draw their stance from the perceived behavior of the other, people eventually start treating each other as not just wrong, but as wrongdoers, and then as enemies. Once that happens, it is almost impossible to do anything over a sustained period of time other than futilely push one another.

Conner observed that the advocacy trap is very much like other seductive but ultimately self-destructive pleasures. In the short run it provides attention, "from the all-important media and applause, not to mention money, from their base, but in the long run this behavior prevents them [advocates] from fulfilling the calling that drew them into public advocacy in the first place."

Advocates: up your game

Effective advocates need to shift from push, to collaborate, to pull as circumstances change. It's very difficult to engage in genuine collaboration or even compromise with someone you consider untrustworthy, evil or despicable. In a sustained dispute, if both parties draw their impressions from the perceived behavior of the other, each of them mirrors what they think the other is doing. It doesn't take long for them to look at each other with profound distrust. Once the advocacy trap is set, breaking the circle of blame is extraordinarily difficult. To explicitly and consciously choose a stance of respect, or better yet empathy and compassion -- and to do so without expectation of reciprocity -- is exceedingly hard.

Conner does not suggest people stop fighting for what they believe in, he believes the challenge lies in creating new, more sophisticated advocates. He counsels us all to police our attitudes so we can learn to push sometimes, pull sometimes, collaborate sometimes, and remain limber enough to sway back and forth, like a light-footed boxer, as the situation demands.

Too much aggression will automatically and absolutely increase the energy the other side is devoting to an issue, Conner explained. "Nothing's so common as powerful groups creating resistance by overplaying their hands and dealing in ungenerous or resentful ways."

Tomorrow: The series finishes with insights on power and love by a master resolver of international conflicts.