James Hoggan has been navigating the perilous waters of public conversation for 25 years as a public relations specialist. He's built serious credibility not by being the spinniest guy in the room, but by daring to call bull on the clever but misleading techniques of many of his peers. A longtime sustainability advocate, Hoggan blew the whistle on the climate change denial lobby with his book Climate Cover-up, and launched DeSmog Blog with the stated aim of "clearing the PR pollution that clouds climate science." 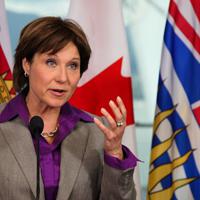 How Christy Clark Talks to Kids about Taxes

Now, after years of research that included interviewing some of the world's deepest thinkers on democracy, conflict and consensus-building, Hoggan this week rolls out I'm Right and You're an Idiot: The Toxic State of Public Discourse and How to Clean It Up, published by New Society Publishers. The Tyee's interview with Hoggan runs here, to be followed in coming days by three excerpts from the book.

The Tyee: What are the biggest signs of toxicity in public discourse?

James Hoggan: Public discourse has been polluted by combative, warlike approaches to public debate on difficult political issues. Rather than confronting the substance of an argument people attack the character and motives of opponents, stirring up hostility towards groups who hold different opinions.

The "foreign funded radicals" campaign launched by the oil and gas industry and the Harper Conservatives in 2012 is a good example of the unyielding one-sidedness we see growing on a wide range of public issues.

Propaganda-like rhetoric circumvents reason to stir up fear, anger and bigotry toward minority groups. Trump's statements on Mexicans and Muslims are examples of this. So is the Zero Tolerance for Barbaric Cultural Practices Act and the political dust up in the last election around the niqab court case.

What is the price we're paying for it as a society?

Our habit of attacking the motives and character of people who disagree with us distracts us from real issues and undermines genuine debate because it discredits the passion and outrage at the heart of real public debate. We need more passionate debate, not less.

When problems are defined by highly polarized extremes they seem unsolvable. Most people walk away from the public square.

These toxic polarized conversations stall our ability to think collectively, and solve the many dangerous problems stalking everyone on Earth.

Does journalism make a dent in the freewheeling yell fest our public discourse has become? Can the Internet be cleaned up?

Yes it does, we need more good journalism and less false balance. But we are up against a war on objectivity itself, it argues that you can't trust anyone, everyone is biased and in it for themselves. No one is really objective and speaking in the public interest. There are no facts, only opinions. As we can see in the U.S., which is ahead of us on this, the media play a role in this assault on reason (CNN, Fox and talk radio).

There are corners of the Internet that are rich with healthy debate and good journalism. Much of the "ignorant commentary" can be left to stew in its own ugliness.

What I worry about is Donald Trump on a stage in front of 50,000 people and televised to millions more speaking as if he was on Twitter anonymously, saying outrageous things and getting away with it. It's treated as if it's normal speech; journalists don't seem to know what to do with him. I'm not at all sure what that means, but I know it's not good and he is creating very ugly norms.

I asked the Dalai Lama a similar question to your question about journalism and he said: "I am always mentioning a Tibetan saying: nine times failure, then nine times effort. This means effort, fail, again effort, again fail, again effort." He said people today want immediate results, and if they fail they give up and stop trying, "That's wrong. That is defeat."

Does the traction Trump got surprise you?

Trump did surprise me. It shouldn't have. After a decade of studying the propaganda used to convince people that climate change is a hoax, I learned how easy it is to pull one over on people. Trump just underscores how easy it is.

Fear, anger and bias make it very easy to manipulate people. The people who use these methods need to be called out on this corruption. It's anti-democratic and we need journalists digging into this and calling this Darth Vader PR for what it is.

You can't, as the Republicans have, use these demagogic propaganda techniques decade after decade (stirring up anger, fear and bigotry) and not expect it to accumulate and eventually bite you back. Trump was created by years of highly polarizing political rhetoric.

I think we need more passionate, even angry, public debate, not less. What we don't want is the demonization of people and groups in an attempt to silence and marginalize them.

When I suggest that people strive to be more fair-minded and reasonable, I'm not saying compromise your values and ignore what science is telling us. I'm saying don't get duped into helping to create a narrative that paints everyone as extreme and unwilling to find common ground.

This is bad strategy because it makes problems look unsolvable, the public is alienated from the public square and develops a "why bother" attitude.