Media-jacking is when you subvert your opponent's spectacle for your own purposes. 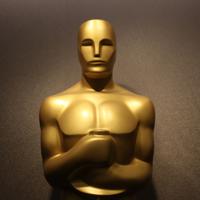 Racism and the Oscars Race

Politicians, corporations and lobbyists have much bigger PR budgets and name-brand draw to attract press to their staged media events. Through well-planned creative interventions, however, you can refocus things and highlight a different side the story.

There are a few different ways to design a successful media-jacking. The first is simply commandeering the media. One of the most literal (and bold) examples of this occurred in 1991 during the first Gulf War, when the anti-AIDS organization ACT UP burst into a CBS TV studio during a live primetime news broadcast and took over the set, chanting "Fight AIDS, not Arabs."

Another option is to use your opposition's platform to tell your own story. In 2007, Kleenex ran an expensive PR stunt where they interviewed people on the street for a commercial they were making, getting participants to cry and say, "I need a Kleenex."

Greenpeace activists stealthily lined up to be interviewed, crying instead because Kleenex was clear-cutting old growth forests to make their tissues. They successfully shut down the shoot for the rest of the day, and a video of the action went viral.

Sophisticated media-jacking uses your target's own story against them, undermining them at the point of assumption. For example, when activists from United for a Fair Economy hijacked the Republican stunt on Tax Day 1998, they turned the message "taxes = oppression" on its head, to show instead that tax breaks for the rich are destroying working families. 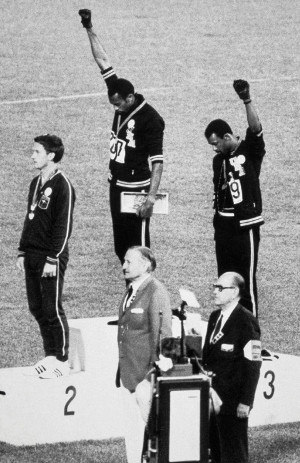 US athletes Tommie Smith and John Carlos capture global attention with a Black Power Salute on the medal stand at the 1968 Olympics in Mexico City. Photo via BeautifulTrouble.org.

Similarly, in 2006, activists with the Rainforest Action Network made fake press passes, put on suits and snuck into the Los Angeles Auto Show. Rick Wagoner, the CEO of General Motors, was giving a keynote address about how "environmentally friendly" GM's cars are. The speech was bullshit, but rather than saying it was bullshit, RAN activists stepped on to the stage and up to the mic, pretending to be the emcees.

They congratulated Wagoner, then told the audience that they were pleased to announce that GM was prepared to commit in writing to the promises he'd just made, and unfurled an oversized "pledge" that they asked him to sign. He had two options: 1) sign it, and give the campaigners something in writing to hold him to, or 2) refuse, demonstrating his dishonesty. He chose the second option, and the media went nuts. Over 700 media outlets ran stories about GM's greenwashing exposed.

What is it? Commandeering mainstream media for a social cause.

Common uses: To undermine your opposition's narrative by hijacking their event; to draw attention to your side of the story; to capitalize on your target's media presence; to reframe an issue; to be a jackass.

Media-jacking offers activists the unique opportunity to not just engage opponents on their playing field, but to actually call the shots and reframe the discussion. By putting their targets on the spot in front of the media, they can reshape how the public perceives the "good guys" and "bad guys" and flip their opponents' story on its head.

Potential pitfalls: Media is an extremely uneven terrain of struggle. Accurate and sympathetic media coverage is often based on having good relationships with journalists, so be careful your action doesn't alienate the very media professionals you need to be covering the story.

Adapted from Beautiful Trouble with permission. To learn more about the project, go here.